Yvonne Strahovski is pregnant! The actress revealed she’s expecting her second child while walking the carpet at the premiere of her new film, The Tomorrow War, on Wednesday.

“I’m super excited to be here, and this is a very special moment,” Strahovski told ET’s Lauren Zima at the big night, adding that it’s “been a while” since she’s been to a public event due to her pregnancy.

The actress said she’s “about halfway there,” when asked about when she’s expecting, and revealed, “I’m having a boy! You heard it first!”

Strahovski donned a curve-hugging, long-sleeved white dress to the premiere of The Tomorrow War, held at Banc of California Stadium in Los Angeles, and she rested her hands on her burgeoning baby bump while posing for photos. 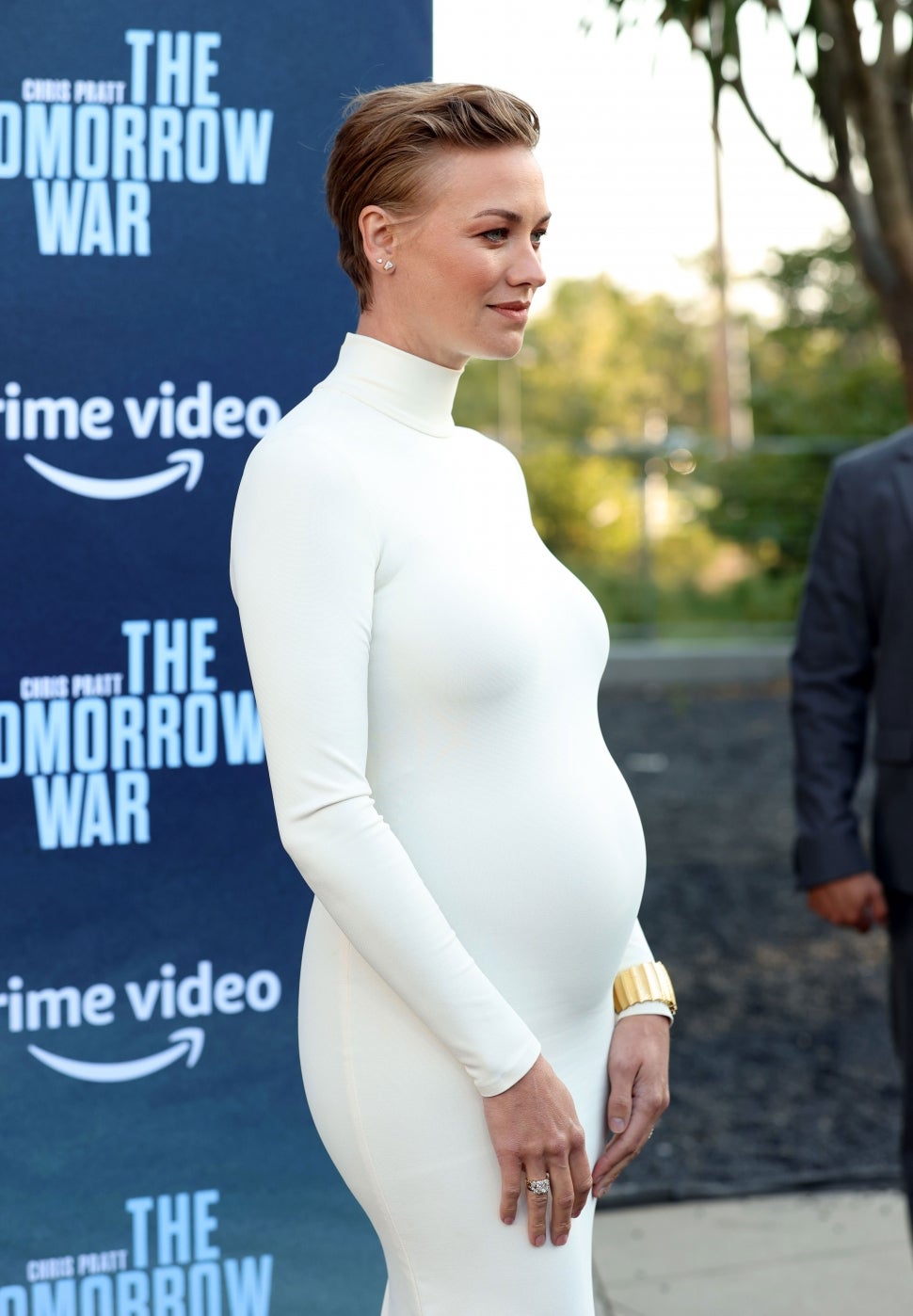 Strahovski was all smiles as she shared time on the carpet with her Tomorrow War co-stars, including Chris Pratt, Betty Gilpin, Sam Richardson and J.K. Simmons. 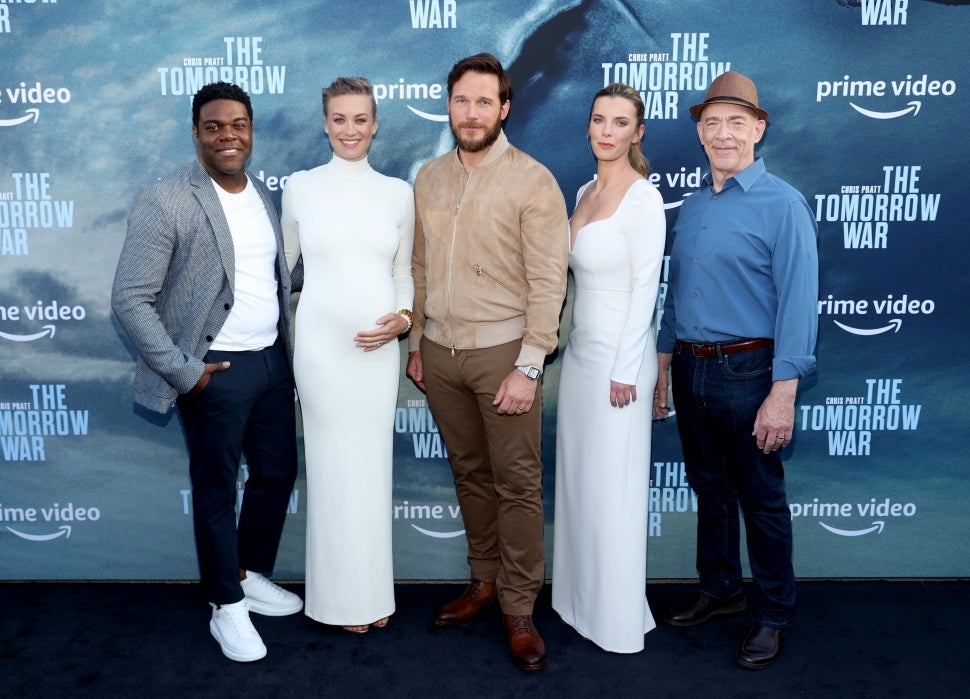 This will be baby number two for Strahovski and her husband, Tim Loden, who welcomed their first son in October 2018.

ET previously spoke with Strahovski in 2019, at the premiere of her thriller Angel of Mine, and opened up about what it was like filming the project while in her second trimester with her first child.

“In addition to trying to figure out how to cover her bump with costumes, Strahovski says there was some negotiating with the crew on how to film certain stunts. “I remember stepping out on the ice skating rink just as we were talking through the scene and five people immediately surrounded me, paranoid I was going to slip and fall,” she recalled with a laugh. “But people were very protective, which was lovely.”

As for her new film, The Tomorrow War, Strahovski says the big budget action spectacular is more than just a mindless series of explosions. It’s a tale of parental devotion, dedication and human connection.

“This really feels like the right time [for this movie]. I feel like people are craving a movie like this,” she shared. “It’s a really fun movie and it has so many unexpected elements to it.”