Zahara Jolie-Pitt put on a colorful display when she stepped out in a green floral dress with her mom Angelina and three of her siblings.

Angelina Jolie has stepped out with her children while on a European getaway to Paris. However, it was 16-year-old Zahara Jolie-Pitt who stole the show, when she stunned in a bright green, floral-printed dress as she headed to dinner with her family. The mother-daughter duo were also joined by Ange’s kids Shiloh Jolie-Pitt, 15, Pax Jolie-Pitt, 17, and Knox Jolie-Pitt, 13, whom she shares with ex Brad Pitt, 57. 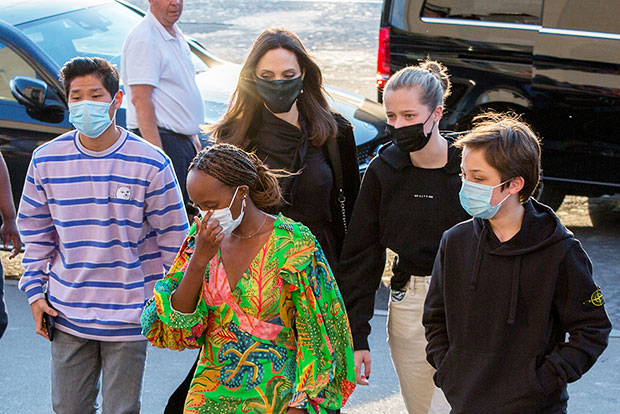 The 46-year-old actress was seen walking alongside her mini-me’s on the way to a restaurant near the Eiffel Tower. She stunned in a black wrap dress with matching, pointy pumps. She styled her brunette tresses in a soft blowout, and wore a dark green face mask amid the ongoing pandemic. Meanwhile, Zahara put on a colorful display in a long-sleeved, green dress with orange floral detailing.

Her younger siblings cut a more casual figure with Shiloh donning a black hoodie and off-white pants, while Knox wore a dark sweatshirt and cargo trousers. Earlier in the day, Angelina, Pax, Shiloh and Zahara were all seen shopping at KITHs and the Guerlain store. Shiloh totally turned heads as she was taller than her siblings and her Oscar-winning mother, as they were photographed walked around the City of Love. 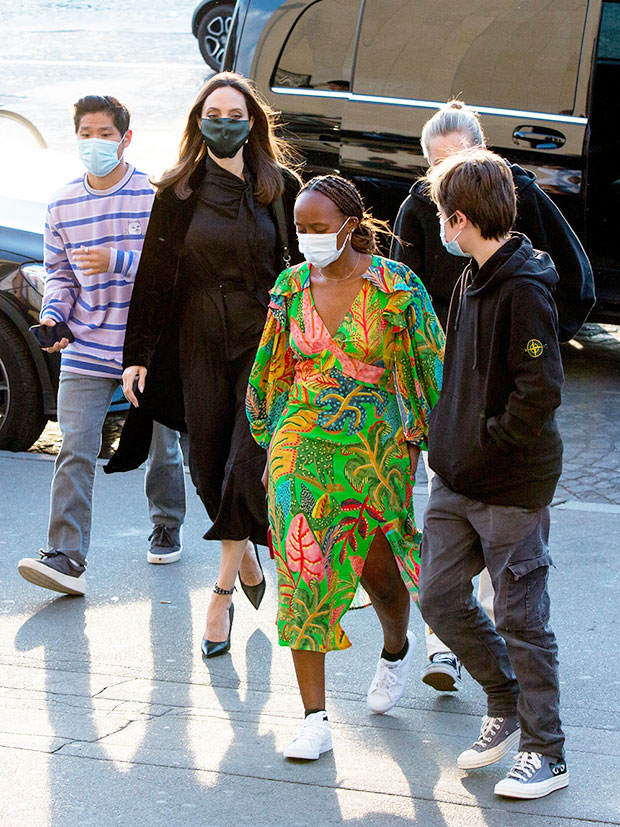 As fans would know, the French getaway comes amid Brad and Angelina’s ongoing custody battle over their five minor children: Pax, Zahara, Shiloh, and twins Knox and Vivienne, 13. Their eldest son, Maddox, 19, is legally an adult and no longer subject to the custody battle. Sources confirmed to HollywoodLife in May 2021 that Judge John Ouderkirk, the judge who married Jolie and Pitt in 2014, tentatively granted the Moneyball actor joint custody.

Angelina has continued to try and fight that decision, and even turned to California’s Second District Court of Appeal to have Ouderkirk removed. If she loses, she could “appeal the appeal,” family law attorney Sabrina Shaheen Cronin, JD, MBA told HollywoodLife earlier this week, revealing Ange could even take the case to the Supreme Court.