1.Cory Booker made this face when Beto O’Rourke started speaking in Spanish.

2.And then Booker tried to one-up O’Rourke, and people were not impressed with his level of proficiency.

4.Tim Ryan looked like that Mayhem Miller meme when the moderators finally called on him.

7.At the start of the second half of the debate, hot mics picked up the previous hour’s moderators chatting offstage, forcing Chuck Todd and Rachel Maddow to cut to a commercial break. 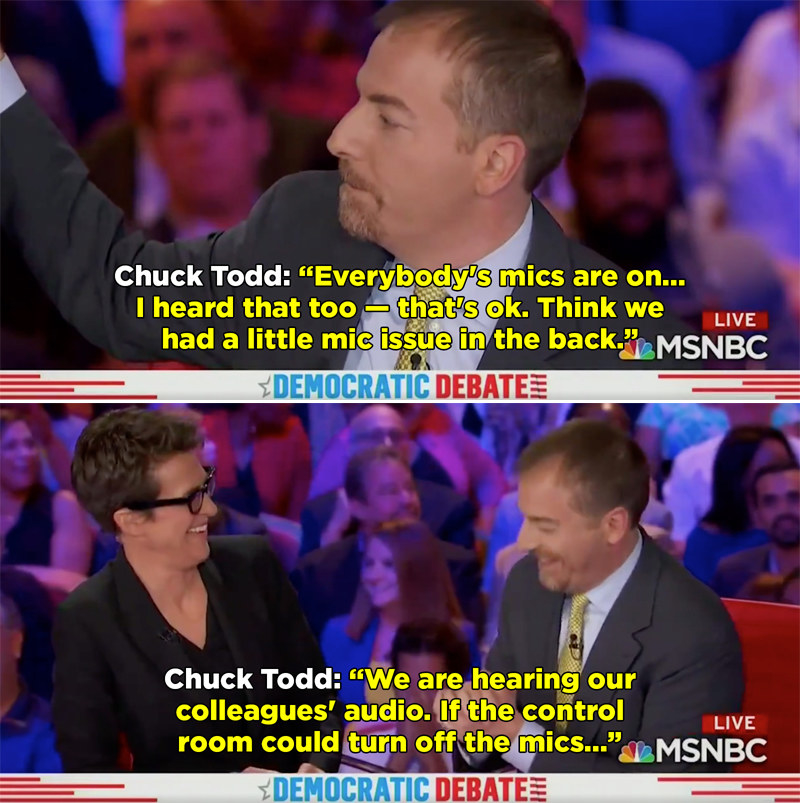 8.With 10 candidates on stage, moderators STRICTLY enforced time limits, meaning interactions went something like this:

9.And Chuck Todd interrupted everyone.

10.John Delaney fought for airtime by talking over the moderators, who kept shutting him down. 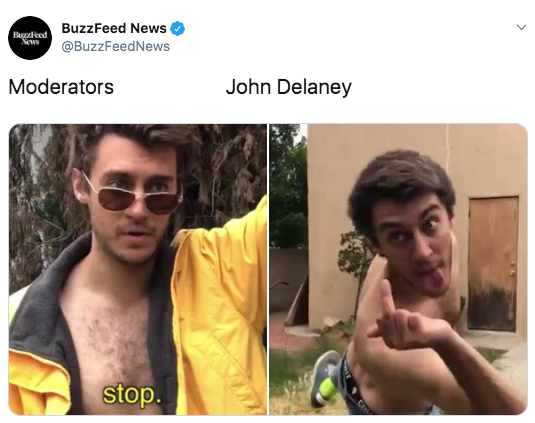 11.And when the moderators finally did call on him, he kept asking them to repeat the question.

12.Every now and then, you’d hear someone ripping paper seemingly directly into their microphone.

13.De Blasio made people uncomfortable staring directly into the camera. ?? 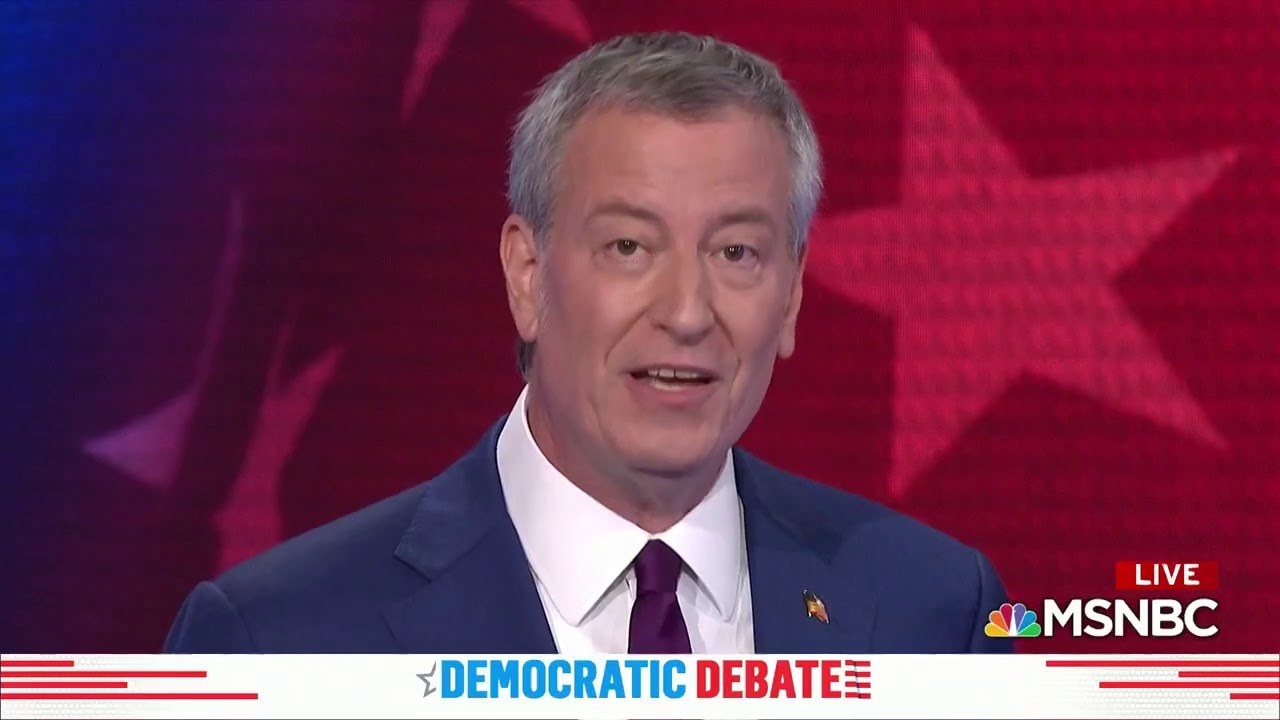 Night 2 of the first Democratic presidential debate airs Thursday, June 27, at 9 p.m. on NBC, MSNBC, and Telemundo. Check back here Friday for all the best/worst awkward moments!