Fifteen years ago, Aly Michalka and AJ Michalka’s lives changed forever with the release of their debut album, Into the Rush.

All of the Biggest 2020 Album Releases

“We have really great, positive memories that are associated with making that album,” Aly, 31, exclusively tells Us Weekly in honor of the anniversary. “We were complete novices at that point in time. We had never made an album professionally. We had just done demos.”

The sisters were only 14 and 12 years old when they wrote Into the Rush, but they knew right from the start that they wanted to be involved in the creative process of each song.

“That was always really important to us. We grew up listening to a lot of artists that wrote their own music,” AJ, 29, tells Us. “I think if anyone was holding us back and saying, ‘You can’t write your own material,’ I don’t really know if we’d still want to be putting out art ‘cause it wouldn’t feel very genuine to what we want to say. … I’m glad we very much set the record straight on the first record that we were going to write all of our material from the ground up because it ended up kind of paving the way for every record.” 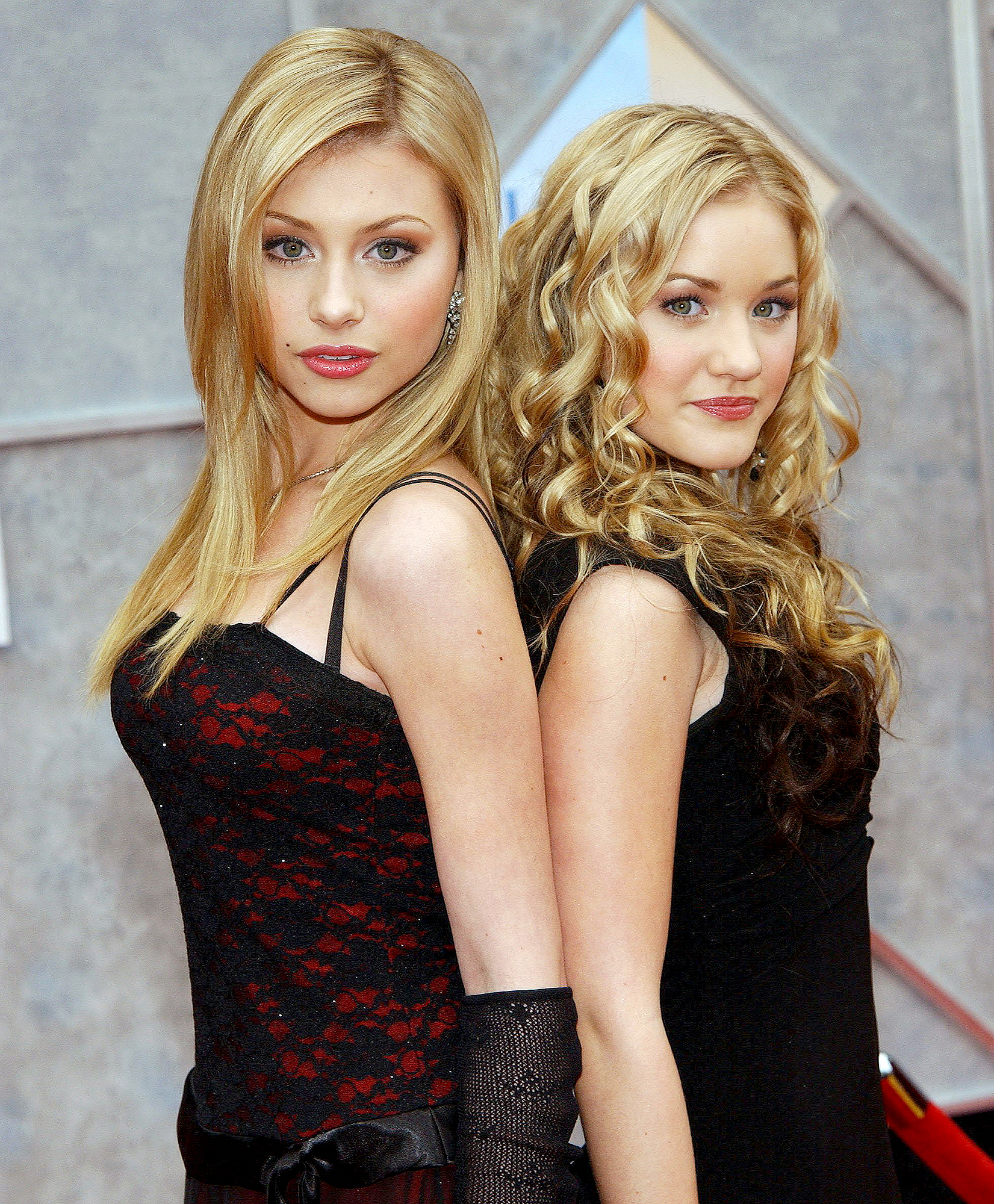 And while Aly jokes that “the songs about boys and falling in love are kind of funny to listen to now,” she says that she and AJ are “so proud of that music, and we’re just happy that that music has now led us to the new music that we’re making now.”

Over time, Aly & AJ have also learned what makes the other tick while writing and recording.

“When we’re in the studio, we feel very connected in terms of the choices that we’re making,” Aly tells Us. “I do think that as we’ve gotten older, we have become even more outspoken on our personal opinions, whether that’s a lyric idea or a production note. And sometimes we’ll disagree on things, and then sometimes we’ll be exactly on the same page, but I think that disagreeing is also good because it can kind of make you think twice about your opinion, and maybe that other person actually is making a great point. I think that if we were the exact same people, that wouldn’t really help our art.”

Disney Stars Through the Years

The duo — who released a new song and music video titled “Joan of Arc on the Dance Floor” in May — have spent much of the coronavirus quarantine working on their first full-length album since 2007’s Insomniatic. As a result, they have been more focused on their future rather than the past. (“Oh, my gosh! It’s been a while,” AJ tells Us of the last time she listened to Into the Rush front to back.)

“This record is a little more organic,” AJ teases. “I’m excited ‘cause it’s all live instrumentation. There’s not really much programming. But you’ll definitely get a taste for hearing the pop sensibility and writing that Aly and I have always had, but it won’t necessarily … sound like that production.”

Us: You were under a Disney-owned label in the very beginning. Did you ever feel a pressure to make a certain kind of album?
AJ: I think that we felt like we had free rein to make the music that we wanted to make. I think as we got older and as the label became more successful and more of a machine, I think that there was definitely pressure at times to deliver songs that kind of checked off certain boxes, and I think that became frustrating for us, and I think that’s ultimately what led us to become independent artists.

Us: Did either of you have a favorite song on Into the Rush at the time and has your favorite changed since?
Aly: “Rush,” obviously, was the single, and we have a connection to that song and the cool second life that it was given after its release and the years that followed it. … Many kids were listening to that song as closeted children and they had this anthem that helped them associate with being genuine to who they are and that they didn’t need to be afraid of coming out to their parents or meaning to conform to society. And it’s cool that that song really struck a chord with a lot of kids at that age, because the song I don’t think was necessarily intended for that. But the message behind it is so, so much about embracing who you are. … [Another] one of my favorite songs would probably be “In a Second.” I really think that song is really beautiful. And I remember recording that song and AJ doing, like, all of the lead parts and I just did all the harmonies on that. And I remember it being a real vocal track that was focused on AJ and how beautiful and simple it was in its production and its message.
AJ: That’s really sweet, Aly. I have to agree, I think that song is really special. … I think “Slow Down” was one of my favorites on the record because at the time it felt the most rock or pop-rock or whatever you want to call it at that age. But it was really fun to play live, and I remember we would get such a great reaction from our fans. We haven’t played that song in ages, so that one really makes me kind of really look back at the past and our older career. 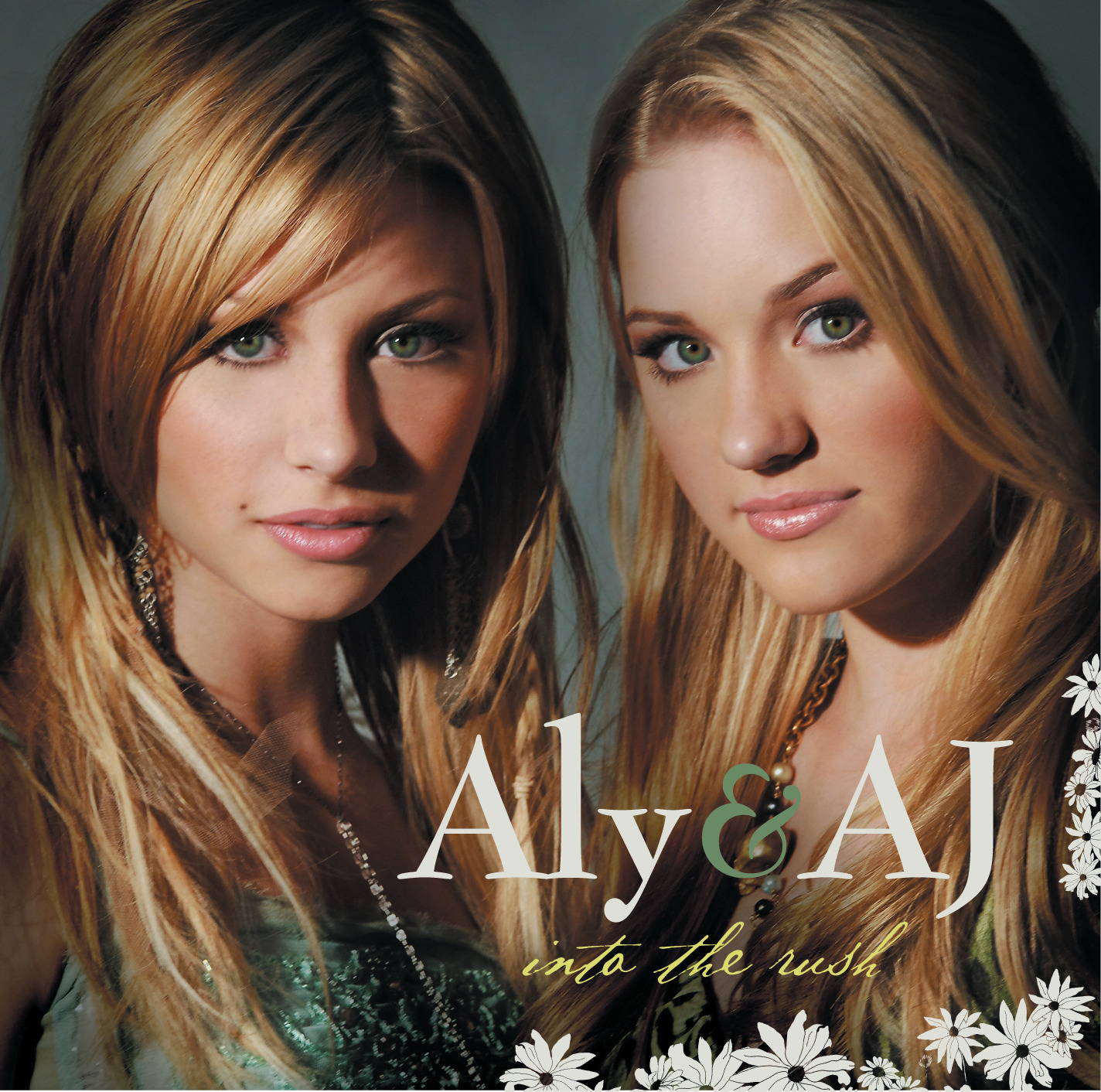 Us: “Potential Breakup Song” [from Insomniatic] was your biggest song in terms of the Billboard charts. Is that one that you hold the closest to your heart because fans were so receptive to it?
Aly: We like the song. I think that we’re proud of it. But I would produce that song a lot differently now when I think about it.
AJ: Yeah, same. I would love that song to get, like, a facelift. … I do like revisiting that song live and playing it for our fans. But I agree. I think the way pop music has changed now, we’d reproduce it and make it kind of a whole other thing.

Us: There was a fan theory that went viral earlier this year that had people speculating that that song was about Joe Jonas. You guys set the record straight on Twitter and said that “Flattery” was actually inspired by him. Does it make you laugh that after all these years, fans are still so invested in digging into the meanings of your older songs?
AJ: Yeah, it makes us laugh. I mean, you know, the fact that people still talk about that and care about what was written about who, it’s funny to me. We find it, like, entertaining and humorous. And, you know, I’m glad we were able to set the record straight, but I’m also like, “All right, guys, let’s focus on the future of our music.” But it’s sweet.

Us: Do you have a timeline in mind as to when you want to release your next album?
AJ: We’re still in the early stages. We don’t really want to say yet, only because things are so unpredictable right now, especially being that, you know, this became the year of COVID. Aly and I really wanted to put out a record this year, but that doesn’t necessarily feel right. We’re really hoping for early next year, and we’re hoping that 2021 can kind of round a new corner and that our music can help lift up some fans that have been waiting for new material patiently. And I think they’re going to be in for a treat.