Restored Beyond the Originals 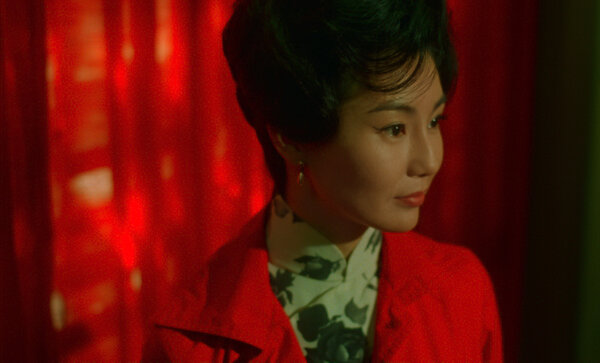 While supervising new digital restorations of several of his films, the Hong Kong director Wong Kar-wai made certain adjustments, such as changing the aspect ratio — the image dimensions — of “Fallen Angels,” which now has a wider frame than it did when it was first shown in 1995.

Wong, whose movies often concern the impossibility of setting anything in stone, has said the altered format reflects his unrealized intentions from that time. Ever since the restorations began touring last fall, mostly virtually, cinephiles have debated the tweaks (though unless you know the films by heart, you’re unlikely to notice).

Starting Friday, New Yorkers will be able to see these reconstituted versions in an indoor theater. Film at Lincoln Center will screen the luminous “In the Mood for Love” daily and other restorations (“Fallen Angels,” “Chungking Express,” “Happy Together”) throughout the week.

See filmlinc.org for more information. Please consult the guidelines outlined by the Centers for Disease Control and Prevention before watching movies inside theaters.
BEN KENIGSBERG

Let’s Take This Outside

Art has taken over two major hubs. At Rockefeller Center, Sanford Biggers has unveiled an exhibition — presented also by Art Production Fund, in partnership with Marianne Boesky Gallery — that crosses the entire complex, with the most monumental piece, a 25-foot-tall bronze sculpture titled “Oracle,” situated at its Fifth Avenue entrance. The sculpture’s seated pose is based on a statue from the Temple of Zeus, while its head is modeled after African masks.

Together with Rockefeller Center’s three other prominent Greek- and Roman-inspired sculptures, Biggers considers the work one part of a more inclusive understanding of art history. Open until June 29, the full exhibition also includes a mural, flag installation, and sculpture and video works.

Considered a gateway to Lincoln Center, the Josie Robertson Plaza has also been expansively transformed. The set designer Mimi Lien has turned it into “The GREEN,” an approximately 14,000-square-foot space open for visitors through September to do what has been discouraged during the pandemic: gather.

The installation is a part of Restart Stages, an initiative meant to reinvigorate the arts sector.
MELISSA SMITH

After spending summer 2020 in various stages of lockdown, comedy clubs have reopened, putting us all on the precipice of laughing together in person again. To psych us up for a potential hot joke summer, a fund-raiser will feature comedians amusingly reminiscing about their “Worst Summer Ever.”

Reserve your virtual ticket to watch “Worst Summer Ever” with a donation via Eventbrite, then receive a link to the private YouTube account. Donations go to the Asian Prisoner Support Committee. The show starts at 9 p.m. Eastern on Saturday.
SEAN L. McCARTHY

Young travelers aren’t likely to say, “Are we there yet?” during a typical excursion with the author and composer Michael Hearst. On his wacky trips, transportation matters more than destination.

What’s unconventional? Consider the StoopidTaller, a bicycle over 20 feet high; the Scubadoo, an underwater scooter; or the ostrich carriage, which substitutes bird power for horsepower. For each invention, Hearst has written a brief song, drawing on influences including the Beatles, electronica and engine noises.

On Saturday at 3 p.m., the club Barbès will present Hearst, his band and guest artists in Prospect Park — between 13th and 14th Streets, off Prospect Park West — in Brooklyn. On May 22 at 3 p.m., the New York Transit Museum will host him for a wild solo ride online.
LAUREL GRAEBER

And on Trumpet, Giveton Gelin

Giveton Gelin will graduate from Juilliard next month with a degree in jazz studies, and at age 22 he’s already fully matriculated into the New York jazz scene, where peers know him for his blazing but coolly stated style on the trumpet.

Gelin grew up in the Bahamas, performing in a school marching band but mostly teaching himself the instrument’s fundamentals. His debut album, “True Design,” released last year, revealed a lush flower bed of influences, from midcentury trumpet greats like Freddie Hubbard and Clifford Brown to the slippery postmodernism of Ambrose Akinmusire and Keyon Harrold.

At Smalls this Friday, Gelin will play compositions from that album, among other repertoire, in separate sets at 9 and 10:30 p.m., joined by the pianist Sullivan Fortner, the bassist Tyrone Allen and the drummer Kyle Benford. A limited number of in-person reservations are available for $50 each. The performance can also be streamed at the club’s Facebook page, or at smallslive.com by signing up for a free membership.
GIOVANNI RUSSONELLO