Whether they broke down the news or broke up the day, The Times’s live discussions, demonstrations and performances this year offered audiences something rare: a sense of connection. 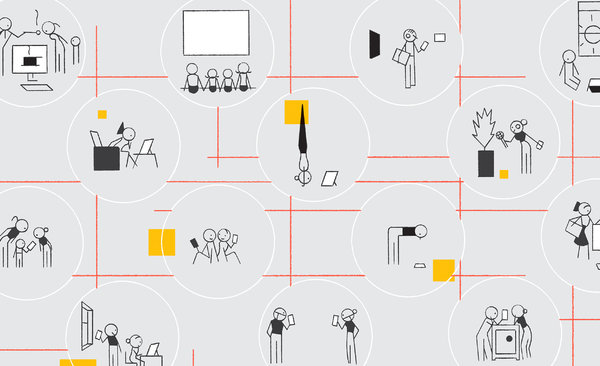 After a year that so often kept people apart, the events staff at The New York Times wanted to take a moment to celebrate the occasions that brought us together.

In 2020, Times journalists hosted nearly 160 virtual events to help us cope, make sense of a world turned upside down and live our best lives (under the circumstances). They exercised with workout gurus, made cookies with master bakers, learned about the cancan, examined critical election issues and addressed wrenching questions about racial injustice. And along the way, they fostered a spirit of connectedness. Here are the events team’s five favorite programs of the year, including memorable moments and a look back by Times journalists who participated.

For the centennial of the 19th Amendment, the playwright Ming Peiffer and the director Whitney White brought the story of unsung suffragists to life with a theatrical retelling of the Times book “Finish the Fight!” The theater production was followed by a talk featuring Ms. Peiffer, Ms. White and the Times editor Veronica Chambers, an author of the book.

From the show: “We’re both very contemporary artists, so we wanted to make these women feel like they were in dialogue with the now. They’re not relics; they’re actually just like us, so I think that was always at the heart of, ‘How are we going to adapt this?’ and ‘How are we going to bring them to life?’ — Whitney White, on collaborating with Ms. Peiffer.

What clicked: “History, in general, always reminds us to take the long views. History like this reminds us how to hope.” — Veronica Chambers

Theaters went quiet, but not the performers, June 11

Broadway stars took the virtual stage, first to engage in a candid discussion about racial inequality in the industry, and then to put on a show. Both segments gave viewers a glimpse of theater’s possibilities.

From the show: “If I am going to continue finding love and joy and a place in this industry, I have to make sure I find a place for all of me and not just my naïveté and my idea of, ‘I love theater because I get to be whoever I want to be.’ It’s no longer that for me. It’s a thing of, ‘I enjoy theater because it is a place that I think is the beginning of change.’ ” — Celia Rose Gooding, the star of “Jagged Little Pill”

What clicked: “Theater is an art form that, at its best, moves us, entertains us, connects us to one another, and helps us make sense of our world — all qualities we need even more during this troubling and isolating period. We conceived the Offstage series in an effort to continue introducing our audience to art, artists and art making, albeit in new ways for a new time, and it’s so heartening that so many people have joined us.” — Michael Paulson, theater reporter

Grappling with a moment that was shaking the nation, June 12

Wesley Morris and Jenna Wortham, the hosts of the “Still Processing” podcast, talked about racism in America amid the nationwide protests over the killing of George Floyd and other Black Americans.

What clicked: “We felt the urgent need to hold and share space in a moment when the anger and hurt became too difficult to process alone. That conversation was the opening of a portal — allowing our audience to lean on us, and us on them.” — Jenna Wortham

‘How to Cook Thanksgiving During a Pandemic’

Nourishment all around, Nov. 10

The NYT Cooking team gathered around the virtual table and encouraged viewers to create new holiday traditions — and try a killer recipe for stuffed sweet potatoes.

From the show: “Instead of mourning the loss of Thanksgiving, this is the year to embrace the small Thanksgiving and just relish the time with your loved ones. This is the year to cook Thanksgiving together as a family. Normally, when you’re cooking for so many people, the pressure is on the one or two alpha cooks in the family. This year, bring everyone into the kitchen.” — Melissa Clark, Times food columnist

What clicked: “We can’t connect with the people we love, at least not physically, because of the pandemic. So we strive to connect virtually. And we cook and serve. That’s a connection as well.” — Sam Sifton, founding editor, NYT Cooking

DealBook opened its doors to the world and sparked a bold new conversation. Over two days, the summit of business leaders and innovative thinkers was available online and was free for the first time, creating an environment for news-making, interactive discussions with guests that included the Microsoft co-founder Bill Gates; Dr. Anthony S. Fauci, the nation’s top infectious disease expert; and the N.B.A. star LeBron James.

From the show: “The fight is still there and we know that, and especially in the Black community, we’re fighting every single day to be heard, to be respected and to be inspired. So that’s my job, along with a lot of other people that follow me and a lot of other people that want to be a part of this. It’s our job to continue to let the youth know and our communities know that, yes, we have a fight going on, but we will not stop.” — LeBron James, on continued efforts to fight voter suppression

What clicked: “This year’s online summit welcomed a truly global audience in real time. With news-breaking guests, including Elizabeth Warren and the chief executive of Pfizer — just days after that company’s positive Covid-19 vaccine results were announced — it made for two days that were so special.” — Andrew Ross Sorkin, founder and editor at large, DealBook