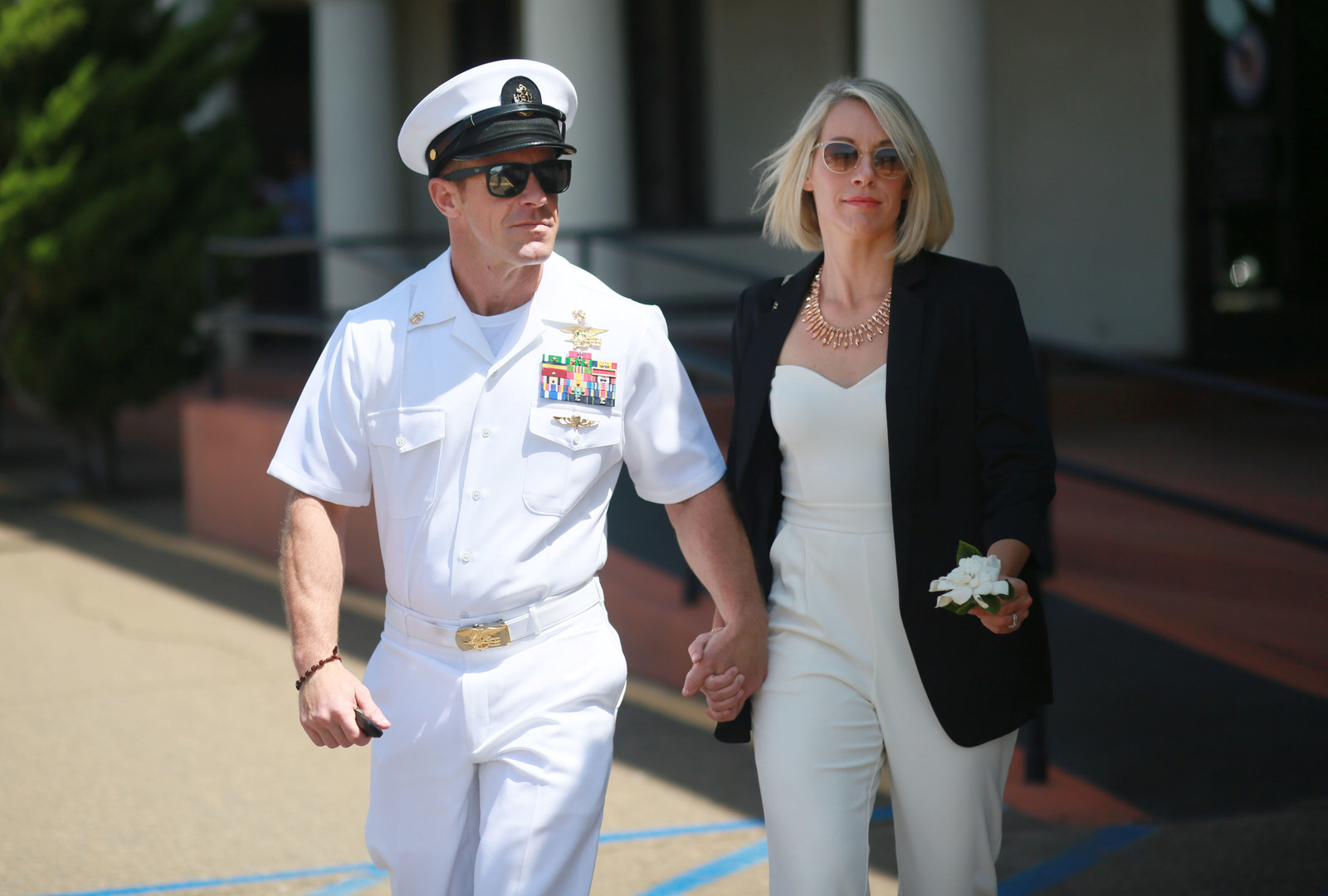 A Navy SEAL chief accused of shooting civilians in Iraq and stabbing an injured enemy fighter to death while they were receiving getting medical attention was found not guilty of murder and attempted murder charges Tuesday.

Eddie Gallagher, a decorated veteran, faced charges for more than a dozen crimes while deployed in Iraq, but on Tuesday was convicted of only a single charge of posing with the dead body of an ISIS fighter.

Gallagher’s behavior during his eighth deployment to Iraq had alarmed his colleagues so much that they asked to meet with their top troop commander to raise concerns, according to a report obtained by the New York Times.

The 40-year-old was accused of committing a number of war crimes while deployed in Iraq, including using his sniper’s rifle to shoot at a young girl walking along a river bank and an older man.

Investigators alleged that members of Gallagher’s own platoon had become so disturbed by his behavior that they tampered with his rifle to make it less accurate, or fired warning shots before Gallagher had a chance to shoot.

In another instance, Gallagher allegedly walked up to an injured enemy fighter who appeared to be in his teens. The fighter was being treated by a SEAL medic when the veteran allegedly stabbed the teen several times with a handmade knife without warning.

Since charges were filed against him, Gallagher’s case has caught national headlines, particularly on Fox News, where his wife pleaded for his release and appealed to Trump to improve his detention conditions.

In one photo posted on Gallagher’s Facebook page, his wife posed with the president’s son, Donald Trump Jr.

The president has also appeared to follow Gallagher’s case closely, tweeting in March, and tagging the Fox and Friends morning news show, that the Navy SEAL “will soon be moved to less restrictive confinement.”

The case took a surprising and dramatic turn nearly two weeks ago when a medic testifying at the trial said that he, and not Gallagher, had been responsible for the death of an ISIS fighter.

In the San Diego courtroom, Special Operator 1st Class Corey Scott said he killed the fighter by asphyxiation after Gallagher had stabbed him.

Scott had been granted immunity for his testimony.