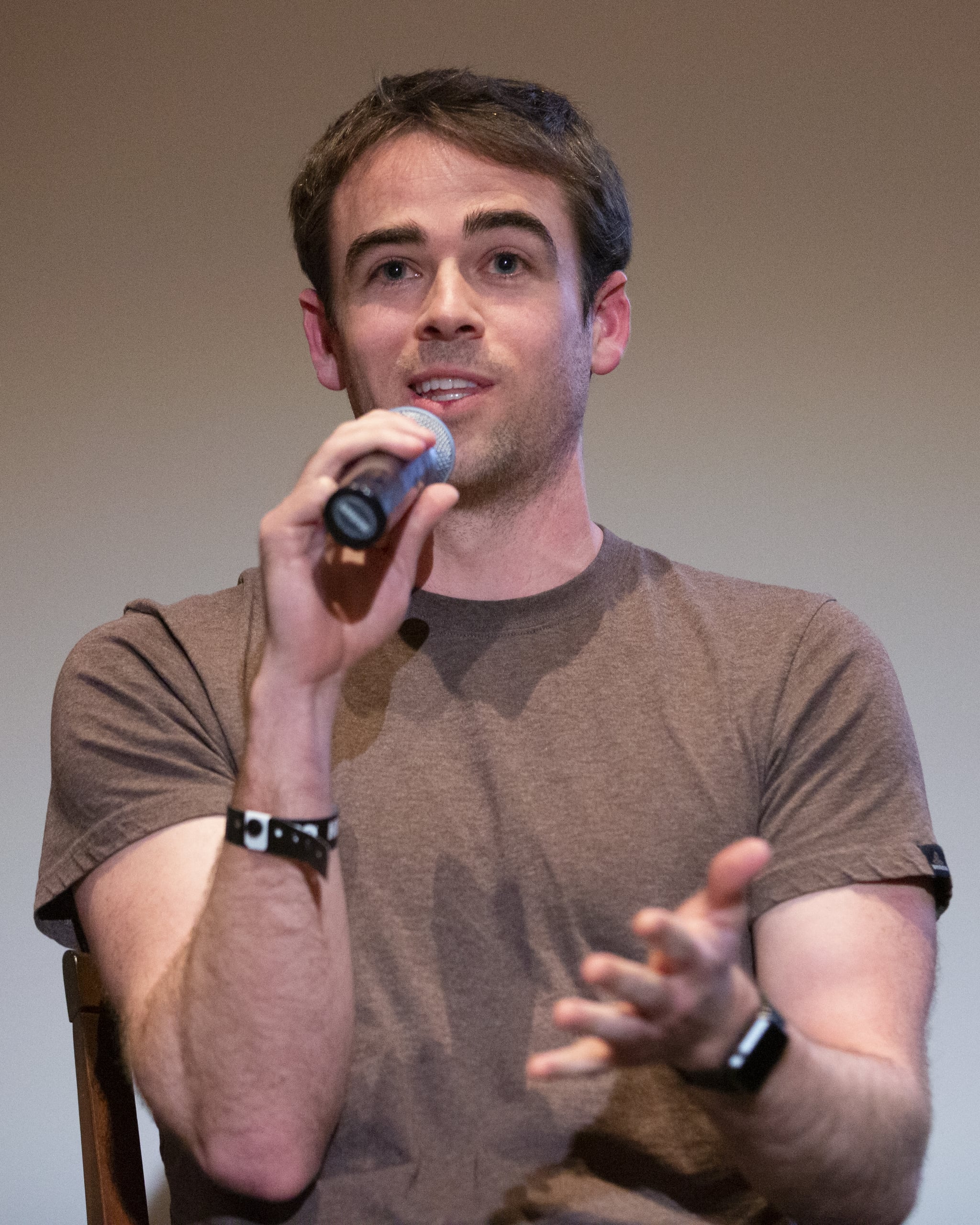 Elizabeth Holmes’s billion-dollar business failure is one of the most unbelievable fraud stories in recent years. The disgraced Theranos founder managed to deceive investors and scientists by overselling the capabilities of her blood-testing system, which she claimed could diagnose tens of diseases with a pinprick’s worth of blood. An investigation by the Securities and Exchange Commission and an exposé from The Wall Street Journal revealed the device never worked and the web of lies Holmes weaved to keep investors in the dark, which ultimately led to Holmes’s and her business’s demise. However, one whistleblower got the ball rolling in bringing Holmes’s house of cards crashing down: Tyler Shultz. Here’s what to know about the former Theranos employee and what he’s up to now.

Who Is Tyler Shultz?

Among those affected by the Theranos scheme was Tyler Shultz. Shultz was the grandson of former Secretary of State and a member of Theranos’s board of directors, George Shultz. He became familiar with the company while he was a student at Stanford University, which also happened to be Holmes’s alma mater. A biology major, Shultz was immediately drawn to Holmes’s business idea, which she claimed would revolutionize the healthcare industry and the lives of millions across the United States. Shultz would intern at Theranos his junior year and later become a full-time employee.

According to the Wall Street Journal, while working at the company, Shultz was part of the assay validation team, whose responsibilities included “verifying and documenting the accuracy of blood tests run on Edison machines before they were deployed in the lab for use with patients.”

How Did Tyler Shultz Help Take Down Elizabeth Holmes and Theranos?

The Edison machine was the blood testing device that was the company’s backbone, and without it, the company would cease to exist. But during his eight months at Theranos, Shultz discovered the machine was faulty. There were several technological inaccuracies in the system, and the company was cutting corners and manipulating blood testing data to make ends meet. According to NPR, “when Theranos completed quality-control safety audits, it was running tests not on the Edison, but on commercially available lab equipment.”

Concerned about Theranos’s business practices, Shultz initially spoke with Holmes, who referred him to Daniel Young, a Theranos vice president, who blew off his concerns. Shultz’s concerns were only met with apathy, which prompted him to blow the whistle on Theranos and its big secret. When he emailed Holmes in April 2014 regarding his concerns, his email was forwarded to company president Sunny Balwani, who responded, in part, “We saw your email to Elizabeth. Before I get into specifics, let me share with you that had this email come from anyone else in the company, I would have already held them accountable for the arrogant and patronizing tone and reckless comments… The only reason I have taken so much time away from work to address this personally is because you are Mr. Shultz’s grandson.”

Upon reading Balwani’s response, Shultz resigned from the company and contacted The Wall Street Journal to get the word out about the company’s fraudulent activities. By October 2015, spurred by Shultz’s tipoff, WSJ released an exposé about how Theranos was struggling with its blood-testing technology. It was downhill from there for Holmes and Theranos.

What Happened to Tyler Shultz After He Blew the Whistle on Theranos?

Holmes and Theranos accused Shultz of “leaking trade secrets and violating an agreement to not disclose confidential information,” but he responded, “Fraud is not a trade secret. I refuse to allow bullying, intimidation and threat of legal action to take away my First Amendment right to speak out against wrongdoing.” The lawsuit between Theranos and Shultz cost him upwards of $400,000 in legal fees.

Shultz’s decision to speak out about Theranos had an impact on his personal life as well. While the younger Shultz urged his grandfather to step down from the company amid his findings, the elder Shultz was not receptive to Tyler’s warnings and would not, which created a rift between the two. Soon, their relationship only consisted of communication between their lawyers. Thankfully, the two reconciled before George Shultz’s death in 2021, and the elder Shultz acknowledged that Tyler was right all along, according to CBS News.

Where Is Tyler Shultz Now?

Holmes was convicted of four counts of fraud in January 2022, which Shultz openly celebrated. In an interview with CBS Mornings, he said, “I am happy that she was found guilty of these crimes, and I feel like I got my vindication from that, and I feel good about that.”

Shultz is currently focused on his own business as the co-founder and CEO of Flux Biosciences, a startup centered around making healthcare accessible to people across the country with groundbreaking technology. He has also been the subject of documentaries and podcasts, including the HBO documentary “The Inventor: Out for Blood in Silicon Valley.”