“I don’t know who needs to hear this, but we haven’t actually started filming season 9 yet,” the Fancy AF Cocktails author, 35, wrote via her Instagram Story on Thursday, April 29.

Regardless of the show’s filming schedule, the stand-up comedian is excited to get back to work. 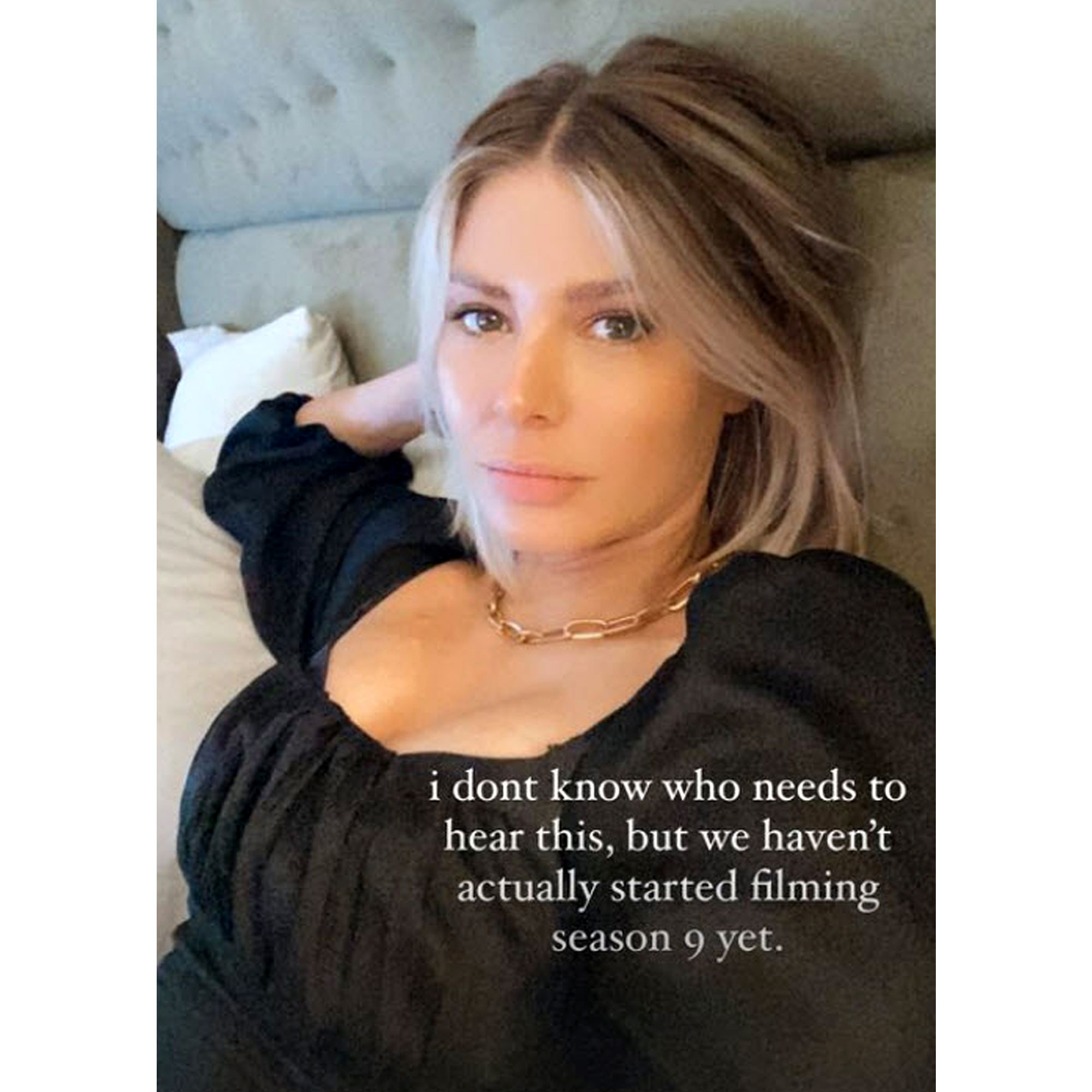 “I’m ready to have the MOST FUN this summer!” the Florida native said after sharing a preview clip from the upcoming season. She also added “here we go again” and “party time” stickers to prove her point.

Us Weekly confirmed on Tuesday, April 27, that the show would start filming in early May after taking summer 2020 off due to the coronavirus pandemic.

Still, fans were confused by the two preview clips released by Bravo. Some wondered if the show had been filming in secret.

“I thought filming was just starting?!! How do they have a preview??!” one fan commented on the first preview released on Bravo’s Instagram account.

Since season 8 filmed in summer 2019, plenty has changed for the cast. Some longtime stars (such as Stassi Schroeder and Jax Taylor) will not be returning for the next season, while new cast members (such as Scheana Shay and Lala Kent’s baby daughters) will likely appear.

In the second preview clip, a pregnant Scheana, 35, Ariana and Tom Sandoval enjoyed some pastries at Tom and Ariana’s house.

After assessing the baked goods, Scheana noted that she’d gained 40 pounds during her pregnancy. After the TomTom owner, 37, asked her if she planned to have an “ocean birth,” the “Good as Gold” singer said she wanted to deliver her daughter as naturally as possible.

While on the subject, she also noted that she stopped getting Botox in preparation for her baby.

“Natural! No botox. First time in 10 years. Here I am,” she said, showing off her new range of facial expressions.

Scheana and her boyfriend, Brock Davies, welcomed their daughter, Summer Moon Honey Davies, into the world on Monday, April 26.

“My heart is SO FULL,” the Bravolebrity wrote via Instagram on Tuesday. “We are definitely feeling all the feels and just so excited to be Summer’s parents!!!”