If you can’t stop following the rumored Ben Affleck and Jennifer Lopez relationship redux, then you’re going to love this.

The celebrity duo has been spotted out and about in what appears to be a rekindling of their early-aughts romance, sparking rumors that Bennifer is back on. To add to the intrigue of this maybe love affair, recent photos caught the pair in Miami. And some of those shots show what some people think is a telling detail.

On Sunday, the Twitter account @jloaffleck, which tracks updates of Affleck and Lopez’s goings-on, tweeted that Affleck seems to be wearing the same chain-link watch he wore when he and Lopez began dating the first time around in the early-2000s.

The watch is particularly significant because Affleck rocked it in the iconic music video he starred in with Lopez for “Jenny from the Block” all the way back in October 2002. You can see it below in this screenshot: 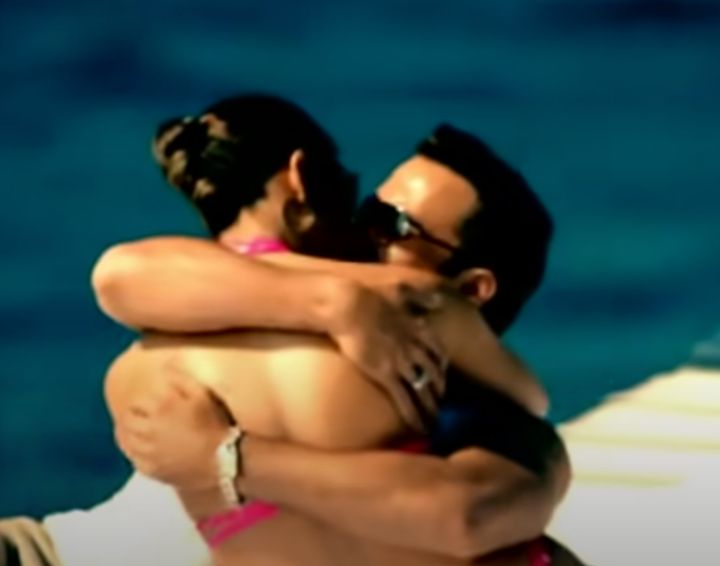 @jloaffleck noted late on Monday that Affleck has been seen wearing the watch at other times ― specifically in 2018. Still, fans are loving that the watch has made a reappearance in Affleck’s newest outings with Lopez.

Pop culture obsessives can hardly forget when the world nearly spun off its axis in 2004, when the couple that starred in films like “Gigli” and “Jersey Girl” split after a two-year engagement.

A decade and a half later, Affleck broke up with Ana de Armas and Lopez with Alex Rodriguez ― and the two stars seem to have reconciled. They’ve been seen together in Florida, Montana, and at a concert.

Neither has publicly confirmed whether they are in a relationship.