Jamie Cullum has spoken of his pride at receiving an Ivor Novello award for a song partly inspired by his friendship with the late Amy Winehouse.

His track The Age of Anxiety was named best song musically and lyrically at this year’s awards, presented virtually due to coronavirus restrictions.

The musician and Radio 2 presenter said it was “a huge honour” to be recognised “for a song I really believe in”.

Its lyrics refer to texts he received from Winehouse, who died in 2011. 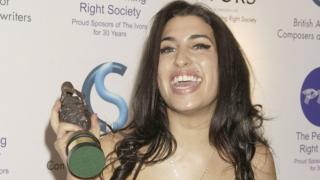 “I’d been going through my studio and found some old phones and I did find a bunch of texts,” he told the BBC’s Colin Paterson on Wednesday.

“Amy and I were good friends and my first tour was with her,” he continued. “She was my support act, if you can believe it.”

Cullum described the messages as “texts between two friends” who “were both in a different period in our lives – a more care-free time”.

Taken from his 2019 album Taller, The Age of Anxiety shares its title with a poem by WH Auden and contains references to social media and Brexit. 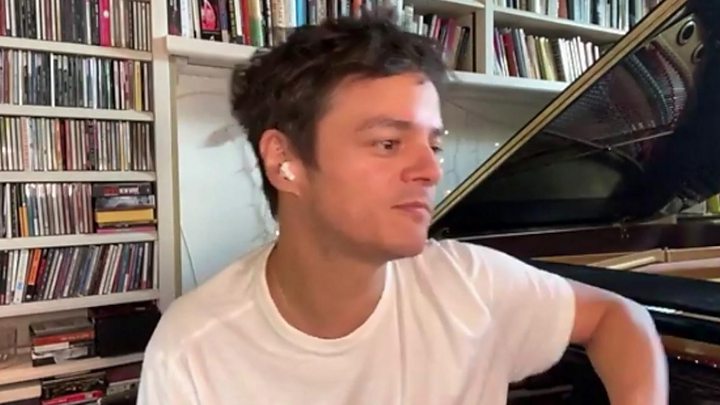 The lyrics see Cullum in a reflective mood – evaluating his place in both the music industry and wider society.

In the track, Cullum sings: “Are we raising up our children right? / Is my career gonna re-ignite?

“Do those kids know that I was somebody? / And I’ve kept all my texts from Amy,” he sings, referencing Winehouse.

“Well, I’ve been scratching around in the dirt / Looking for meaning in the cold, cold earth / To gather in what’s left of your self-worth.”

Speaking after his win, Cullum told the BBC: “The song has a double meaning for me.

“It’s about the age we live in, but it’s also about my encroaching middle age, and the kinds of anxieties and the things I might think about when I’m lying awake.”

He added: “When I was 23, I had this moment where I was super well-known and everything took off very quickly. And it’s kind of a moment of harking back to that.”

He added: “Songs have a way of telling you things you don’t know about yourself that you need to know.

“And sometimes they can have a little look towards the future as well. You can’t quite explain where it comes together.”

The 41-year-old’s Ivor – his first – comes for a song described by judges as “beautifully emotive with an exceptionally crafted melody”.

The annual songwriting awards were due to take place in May but were postponed to September due to the Covid-19 pandemic.

Other honourees this year include Joan Armatrading, who was awarded the Ivors Academy Fellowship for her contribution to music.

London rapper Dave and and co-writer Fraser T Smith won the prize for best contemporary song for Black, the same award they won in 2018.

The other winners announced on Wednesday were:

Songwriter of the Year Steve Mac