Not dancing around the question! Derek Hough wasn’t afraid to weigh in on Tyra Banks‘ performance on her first season hosting Dancing With the Stars — and he gave her a high score.

‘Dancing With the Stars’ Winners Through the Years

“She was great,” the DWTS judge and former pro, 35, told Us Weekly exclusively while discussing Red Robin’s plans for International Dance Day on Wednesday, April 28. “Her walk down [into the ballroom] … I started looking forward to it. I’m like, ‘Alright, what do we got today?’ and [was] never disappointed.”

Hough applauded the former America’s Next Top Model host, 47, for her “outrageous, crazy and fun looks” that were “a lot of fun” to see during filming each week. Banks was tapped to replace longtime DWTS personality Tom Bergeron and his cohost, Erin Andrews, who were let go from the series in July 2020. 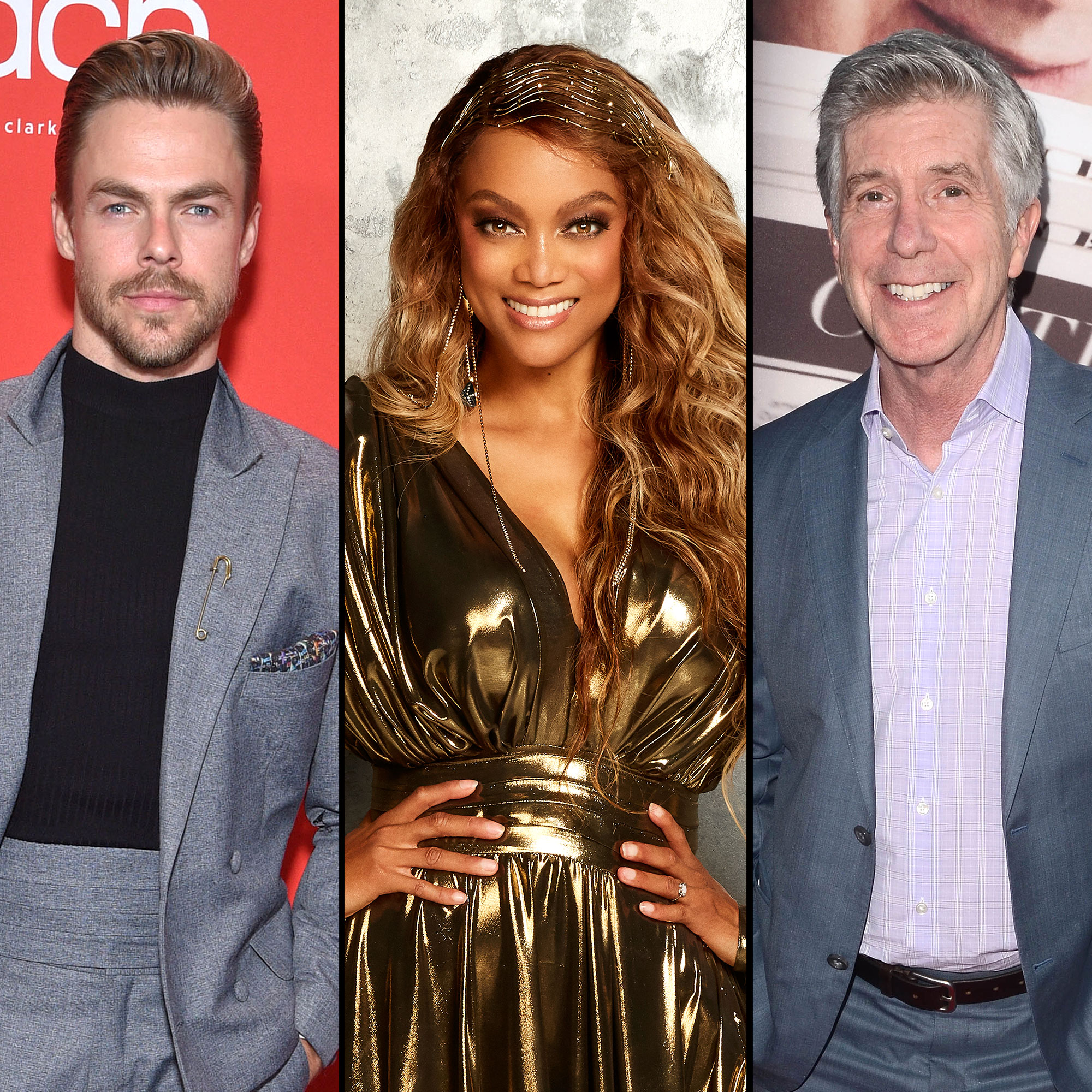 “It’s a big role to fill, for sure,” the six-time DWTS champ told Us. “I think that she did a great job and live TV is extraordinarily difficult. … I think she did a phenomenal job.”

Biggest ‘Dancing With the Stars’ Controversies Through the Years

Fans were shocked that the ABC dance competition show was moving on without Bergeron, 65, and Andrews, 42, but Banks was totally up for the challenge. Despite experiencing a few flubs, the Coyote Ugly star was proud of her ability to adapt.

“Every host messes up. It’s just normal. It’s live TV. If it wasn’t live, there would be no mess-ups,” she told Us in September 2020 as season 29 of DWTS kicked off. “Even on America’s Next Top Model, I would mess up and tell my editors to leave it in. … If I didn’t want to mess up, if I wanted to be perfect, I know how to do that.”

According to executive producer Andrew Llinares, the decision to bring in a new host to the long-running ballroom dance series was a necessary one. “I think any show like this that has been on many, many seasons needs to continue to evolve,” he told reporters in September as Bergeron and Andrews continued to poke fun at their unexpected exits on social media. 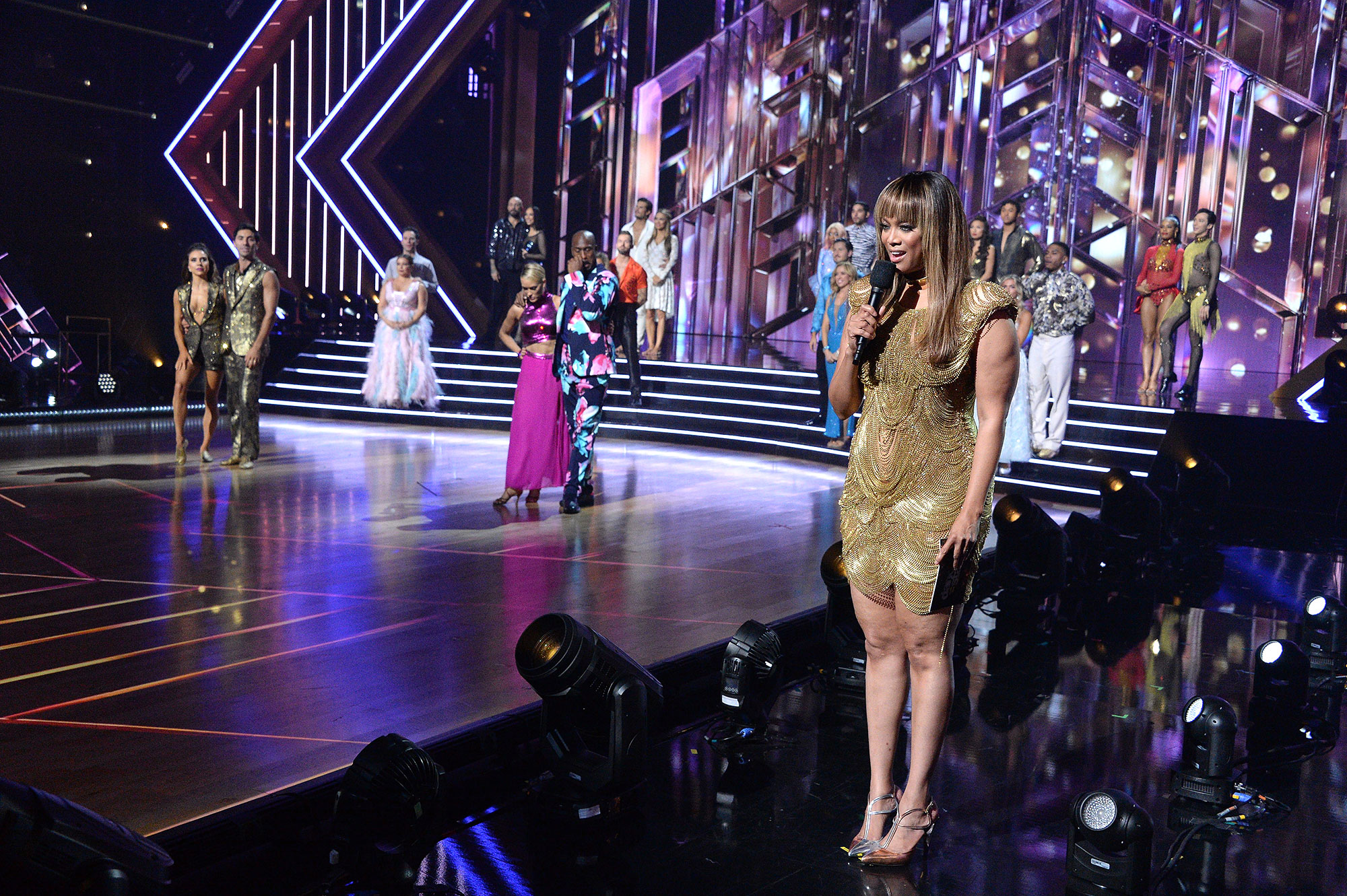 Shortly after DWTS was renewed for its 30th season in March, the former America’s Funniest Home Videos host convinced fans that he might be heading back to the ballroom with a series of cryptic Instagram posts teasing a new gig. Though he later confirmed that a return to DWTS wasn’t in the cards right now, Hough is excited to see what Bergeron has up his sleeves.

“I heard he’s been teasing some things and I was like, ‘Excuse me, Tom, we need to talk about what’s going on,’” the Utah native told Us. “I love Tom. I’ll always be a champion of his and support him in anything that he does. He’s always been so, so gracious [and] so kind in the past.”

Hough is expected to return to his seat on the judges’ panel for the upcoming season of DWTS, but until then, he’s still finding time to dance. The Hairspray Live! star teamed up with Red Robin ahead of International Dance Day on Thursday to “choreograph a dance that was inspired by their new Bacon Bash menu.” Hough is challenging TikTok users to submit their best interpretations of his moves for a sweet prize.

Perfect Partners! A Guide to All the ‘DWTS’ Pros and Their Spouses

To enter, fans can post a TikTok of themselves doing Hough’s Bacon Dance, tagging @RedRobinBurgers and using the hashtags #RedRobin and #BaconDance from Thursday, April 29, to Monday, May 3.