Former first lady Melania Trump does not speak of her close friends often — but formerly close friend Stephanie Winston Wolkoff often speaks of her. Per her tell-all book Melania and Me: The Rise and Fall of My Friendship With the First Lady, Wolkoff and Trump were close for years before Wolkoff, a former organizer of events like the Met Gala, joined the inaugural committee in organizing former president Donald Trump’s 2017 inauguration, during which time she flagged concerns about the high rates they were being charged by Trump Hotel to host. By 2018, those concerns were swirling elsewhere, and a new report that $26 million in inaugural funds had been paid to an entity owned by Wolkoff felt to Melania’s former friend like they were trying to set her up. She’s since been cooperating with an investigation into inauguration funding which recently required Ivanka Trump and Donald Trump Jr. to testify — and during the latter’s deposition, his comments about Wolkoff seem to contradict new evidence obtained by Mother Jones. 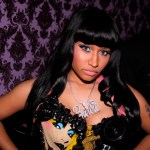 20 Most Important Celebrity Lawsuits Over the Years

D.C. attorney general Karl Racine filed a lawsuit against the Trump Organization at the beginning of 2020, claiming that the Presidential Inaugural Committee of which Wolkoff was a part “knowingly entered into a grossly overpriced contract with the Trump Hotel” with the intent of enriching the former president’s family. Trump Jr.’s deposition on what he knew about certain inaugural events happened in February 2021, but a new video and photos of text and email exchanges published by Mother Jones now seem to show that he may not have given entirely accurate answers.

“One of the clearest instances of Trump Jr. not testifying accurately came when he was asked about Winston Wolkoff,” writes Mother Jones’ David Corn. “As the lawsuit notes, during the organization of the inauguration, Winston Wolkoff, then a close friend of Melania Trump, had raised concerns with the president-elect, Ivanka Trump, and Gates about the prices the Trump Hotel was charging the inauguration committee for events to be held there. This included a written warning to Ivanka Trump and Gates that Trump’s hotel was trying to charge the committee twice the market rate for event space.”

“During his deposition, Trump Jr. was asked about Winston Wolkoff: ‘Do you know her?’ He replied, ‘I know of her. I think I’ve met her, but I don’t know her. If she was in this room I’m not sure I would recognize her.’ He added, ‘I had no involvement with her.’”

In a new video obtained by Mother Jones, however, Trump Jr. can be seen interacting with Wolkoff and praising her “incredible” work. The outlet also found photos of an email exchange allegedly showing Trump Jr. reaching out to Wolkoff about securing talent for the inauguration back in 2017.

In book Melania and Me, Wolkoff also describes Trump Jr. as having a certain level of involvement in at least one inaugural party that’s under question and which was hosted at the Trump Hotel.

“I’d tried to block all inaugural events from being held at the Trump Hotel, but Ivanka, Don Jr., and Eric had figured out a way to do it,” she wrote. “Rick sent Ivanka an email that I was (mistakenly?) cc’ed on: ‘There will be an after party at the [Trump International Hotel] following the inaugural balls on Friday. DJT is not expected to attend but it was more for you, Don and Eric.”

“Ivanka wouldn’t lose a second’s sleep about using PIC donations to pay for a party for herself and her brothers at her family’s property to honor her father, who wasn’t even going to be there,” Wolkoff added.

A representative for Donald Trump Jr. and the Trump Organization did not respond to SheKnows’ multiple requests for comment.

Before you go, click here to see family feuds we can’t believe played out in public.