Dr. Aaron Stern, a psychiatrist who as head of Hollywood’s movie rating board in the early 1970s established himself as filmgoers’ sentry against carnal imagery and violence, died on April 13 in Manhattan. He was 96.

His death, in a hospital, was confirmed by his stepdaughter Jennifer Klein.

An author, professor and management consultant who had always been intrigued by corporate ladder-climbing, he jousted with egocentric studio executives, producers, directors and actors — providing ample grist for his 1979 book, “Me: The Narcissistic American.”

From 1971 to 1974, Dr. Stern was the director of the self-policing Classification and Rating Administration of the Motion Picture Association of America, which had been founded only a few years earlier. It replaced the rigidly moralistic Production Code imposed in the early 1930s and censoriously administered by Will H. Hays, a Presbyterian deacon and former national Republican Party chairman.

The new ratings board, which was struggling to gain credibility when it began, graded films by letter to let moviegoers know in advance how much violence, sexuality and foul language to expect on the screen.

The board’s decision that a film merited a rating of R, or restricted, might lure more adults, but would immediately eliminate the pool of unchaperoned moviegoers under 17; an X rating would bar anyone under 17 altogether.

Dr. Stern recast the PG (parental guidance) category to include a warning that “some material might not be suitable for pre-teenagers.” He also tried, but failed, to abolish the X rating — on the grounds, he told The Los Angeles Times in 1972, that it wasn’t the job of the Motion Picture Association to keep people out of theaters. (The X rating was changed to NC-17 in 1990, but its meaning remained unchanged.)

Not until last year, with the release of “Three Christs,” a movie about hospitalized patients who believed they were Jesus, did Dr. Stern receive a screen credit (he was one of the film’s 17 producers). But the lack of onscreen recognition belied the power he wielded as director of the board, which privately screened films and then voted on which letter rating to impose.

Even some critics gave the new letter-coded classification the benefit of the doubt in the early 1970s, agreeing that its decisions, in contrast to those of the old Production Code, were becoming more grounded in sociology than theology. Still, two young members of the rating board, appointed under a one-year fellowship, wrote a scathing critique of its methodology that was published in The New York Times in 1972.

“You can have a love scene, but as soon as you start to unbutton or unzip you must cut,” Dr. Stern was quoted as saying in The Hollywood Reporter about sex in movies.

The Times article prompted letters praising Dr. Stern from several directors, including Mr. Lehman, who said that Dr. Stern’s advice had actually improved his final cut of “Portnoy’s Complaint.” To which The Times film critic Vincent Canby sniffed, “If Mr. Lehman was really influenced by Dr. Stern’s advice two years ago, then he should sue the doctor for malpractice.”

Dr. Stern argued that the rating system, while imperfect, served several goals. Among other things, he said, it fended off even more restrictive definitions of obscenity by Congress, the courts and localities; and it warned people away from what they might find intrusive as mores evolved and society became more accepting. 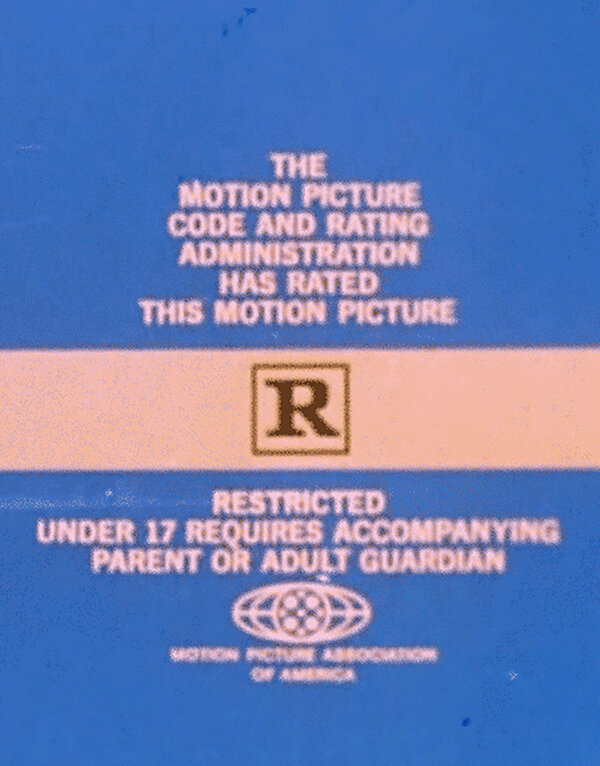 Aaron Stern was born on March 26, 1925, in Brooklyn to Jewish immigrants from Eastern Europe. His father, Benjamin Israel Stern, was a carpenter, and his mother, Anna (Fishader) Stern, was a homemaker. Raised in Bensonhurst and Sheepshead Bay, he was the youngest of three children and the only one born in the United States.

After graduating from Brooklyn College in 1947, he earned a master’s degree in psychological services and a doctorate in child development from Columbia University, and a medical degree from the State University of New York’s Downstate Health Sciences University.

In addition to his stepdaughter Ms. Klein, he is survived by his wife, Betty Lee (Baum) Stern; two children, Debra Marrone and Scott Stern, from his first marriage, which ended in divorce; two other stepchildren, Lauren Rosenkranz and Jonathan Otto; and 13 grandchildren.

Dr. Stern was introduced to Jack Valenti, the president of the Motion Picture Association, by a neighbor in Great Neck, N.Y., Robert Benjamin, an executive at United Artists. He initially began reviewing films for the association and was recruited by Mr. Valenti to run the ratings administration in mid-1971.

He left there early in 1974 to join Columbia Pictures Industries and eventually returned from Los Angeles to New York, where he revived his private practice. He also taught at Yale, Columbia, New York University and the University of California, Los Angeles, and he served as chief operating officer of Tiger Management, a hedge fund, and a trustee of the Robertson Foundation.

A veteran educator at NewYork-Presbyterian/Columbia University Irving Medical Center, Dr. Stern, with his wife, donated $5 million in 2019 to endow a professorship and fellowship at Weill Cornell Medicine to treat patients with pathological personality disorders. The gift was in gratitude for the care he had received during a medical emergency.

Dr. Stern had been interested in narcissism even before he went to Hollywood, but his experience there proved inspirational.

In “Me: The Narcissistic American,” he wrote that babies are born narcissistic, unconcerned about whom they awaken in the middle of the night, and need to be disciplined as they mature to take others into account.

“When narcissism is for survival, as with the infant and the founding of a country,” he wrote, “it is not as destructive as when one is established, successful and affluent.”

In 1981, Mr. Valenti told The Times that he had “made a mistake of putting a psychiatrist in charge” of the ratings system. Dr. Stern replied, “I am at a loss to respond to that.”

But he had acknowledged, when he still held the job, “There’s no way to sit in this chair and be loved.” He was constantly second-guessed.

Why give “The Exorcist” (1973) an R rating? (“I think it’s a great film,” he told the director, Richard Friedkin. “I’m not going to ask you to cut a frame.”) Why originally give Stanley Kubrick’s “A Clockwork Orange” (1971) an X for a ménage à trois filmed in high speed? (“If we did that, any hard-core pornographer could speed up his scenes and legitimately ask for an R on the same basis.”) Later, as a private $1,000-a-day consultant, he helped edit Mr. Friedkin’s “Cruising” (1980), about a serial killer of gay men, to gain an R instead of an X.

“You can only rate the explicit elements on the screen — never the morality or the thought issues behind it,” Dr. Stern said in 1972. “That is the province of religion, leaders, critics and each individual.”