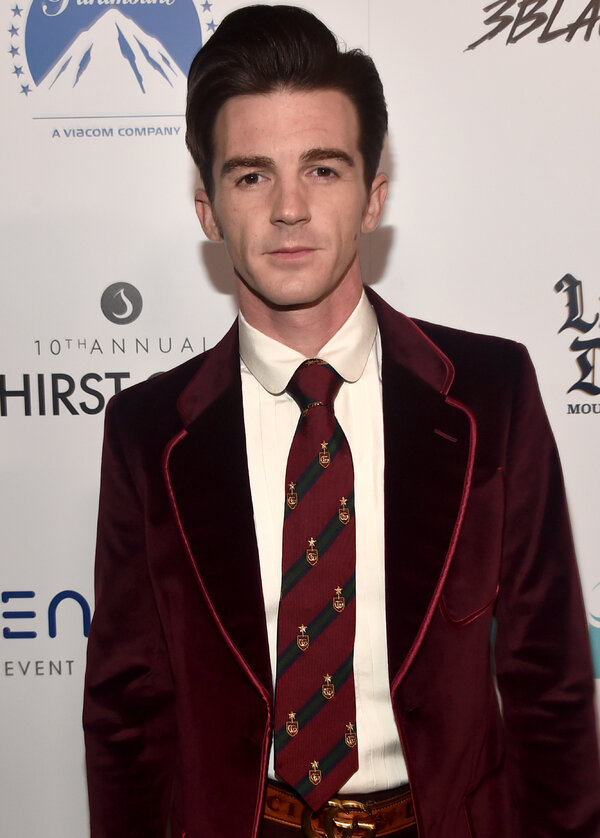 Jared Drake Bell, a former star of the Nickelodeon sitcom “Drake & Josh,” was charged in Cleveland with attempted child endangerment and disseminating material harmful to children.

Mr. Bell, 34, pleaded not guilty to both charges in Cuyahoga County Court on Thursday. He was released after posting a $2,500 bond and agreeing to not have contact with the alleged victim.

He was indicted by a grand jury on May 21.

According to prosecutors, the charges stem from an incident at a concert in Cleveland on Dec. 1, 2017. Mr. Bell, who also goes by Drake Campana, had tweeted that he had a show scheduled at the Odeon Concert Club there on that date.

Prosecutors said that Mr. Bell engaged in a conversation with a 15-year-old girl that was at times sexual in nature. An investigation by the Cleveland Police Department also revealed that Mr. Bell had sent the girl inappropriate social media messages in the months before the show, the prosecutors said.

According to prosecutors, Mr. Bell “violated his duty of care” at the concert and, “in doing so, created a risk of harm to the victim.” A spokesman for the prosecutor’s office, Tyler Sinclair, did not say why Mr. Bell had only just now been indicted.

In a brief statement on Friday, Ian N. Friedman, a lawyer representing Mr. Bell, declined to address specific questions. “All facts will be revealed in the courtroom,” he said.

The felony child endangerment charge carries a sentence of up to 18 months in prison, with a minimum sentence of six months, and up to a $5,000 fine. The second charge, a misdemeanor, is punishable by up to 180 days in jail and a fine of up to $1,000.

A pretrial video hearing for Mr. Bell has been scheduled for June 23.

“Drake & Josh,” a young adult sitcom, aired for four seasons on Nickelodeon from 2004 to 2007. Mr. Bell played one half of a pair of stepbrothers (the other was played by Josh Peck) who lived together despite having opposite personalities.

In the years since, Mr. Bell, who now goes by Drake Campana, has launched a music career and toured in support of several albums.