Say goodbye to Hobbs! Dwayne “The Rock” Johnson revealed whether fans will see him in another Fast and Furious film after he was noticeably absent from F9: The Fast Saga.

The ‘Fast and Furious’ Series Through the Years

“I’ve wished them well,” Johnson, 49, told The Hollywood Reporter on Wednesday, July 31. “I wish them well on Fast 9. And I wish them the best of luck on Fast 10 and Fast 11 and the rest of the Fast & Furious movies they do that will be without me.”

The former wrestler, who portrayed Hobbs in four Fast and Furious films from 2011 to 2019, also commented on his ongoing feud with former costar Vin Diesel, which dates back to 2016. 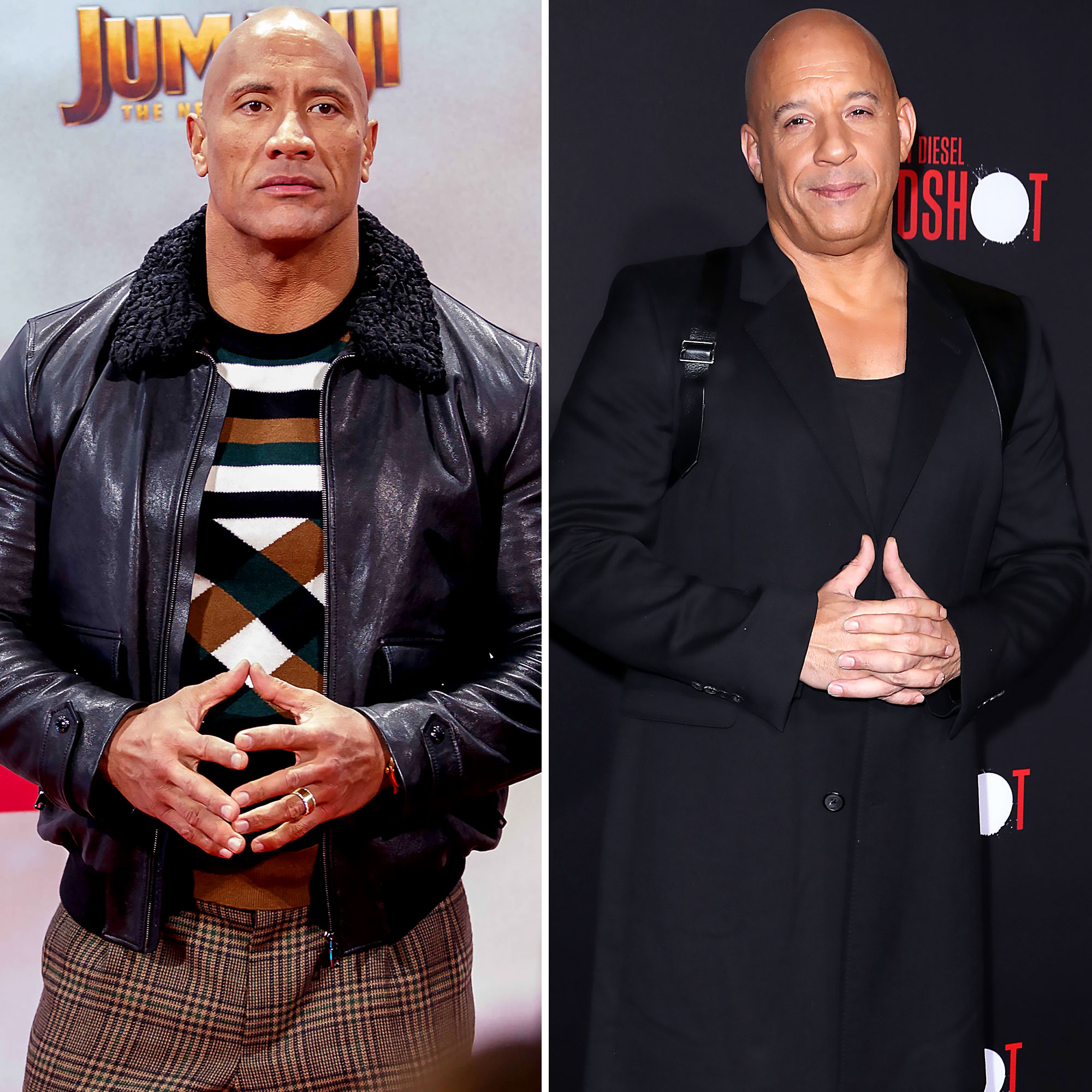 “I laughed and I laughed hard,” the Jumanji actor said on Wednesday of Diesel’s most recent comments about him.

Last month, the Bloodshot star, 54, seemingly reignited the pair’s feud when he told Men’s Health that creating the character of Hobbs required “tough love” on his part. Diesel, who first appeared on screen with Johnson in 2011’s Fast Five, then called out the Moana star for his acting skills.

Everything Vin Diesel and Dwayne Johnson Have Said About Their Feud

“My approach at the time was a lot of tough love to assist in getting that performance where it needed to be,” he told the magazine in June. “As a producer to say, ‘OK, we’re going to take Dwayne Johnson, who’s associated with wrestling, and we’re going to force this cinematic world, audience members, to regard his character as someone that they don’t know’ — Hobbs hits you like a ton of bricks.”

Diesel noted that his role as a producer on the franchise contributed to how he dealt with the actors, including Johnson.

“That took a lot of work. We had to get there and sometimes, at that time, I could give a lot of tough love,” he continued. “Not Fellini-esque, but I would do anything I’d have to do in order to get performances in anything I’m producing.”

During Johnson’s interview with THR on Wednesday, his Jungle Cruise costar Emily Blunt commented on the actor’s departure from the franchise and Diesel’s apparent dig at him.

“Just thank God he was there,” she said of Diesel and his “tough love” actions. “Thank God. He carried you through that.” Johnson added, “Felliniesque.”

The Baywatch actor and the Guardian of the Galaxy star’s feud started in August 2016, after Johnson returned to the Fast and Furious franchise to film 2017’s Fate of the Furious.

The Biggest Celeb Feuds of All Time

“Some [male costars] conduct themselves as stand up men and true professionals, while others don’t,” Johnson wrote via Instagram at the time, but didn’t give any names. “The ones that don’t are too chicken s—t to do anything about it anyway. Candy asses. When you watch this movie next April and it seems like I’m not acting in some of these scenes and my blood is legit boiling — you’re right.”

Diesel later downplayed the drama between the two actors, telling USA Today that it was “blown way out of proportion,” claiming that the men were “close” both on and off screen.

The twosome appeared to bury the hatchet in September 2019 when Johnson thanked Diesel for his support of Hobbs & Shaw.