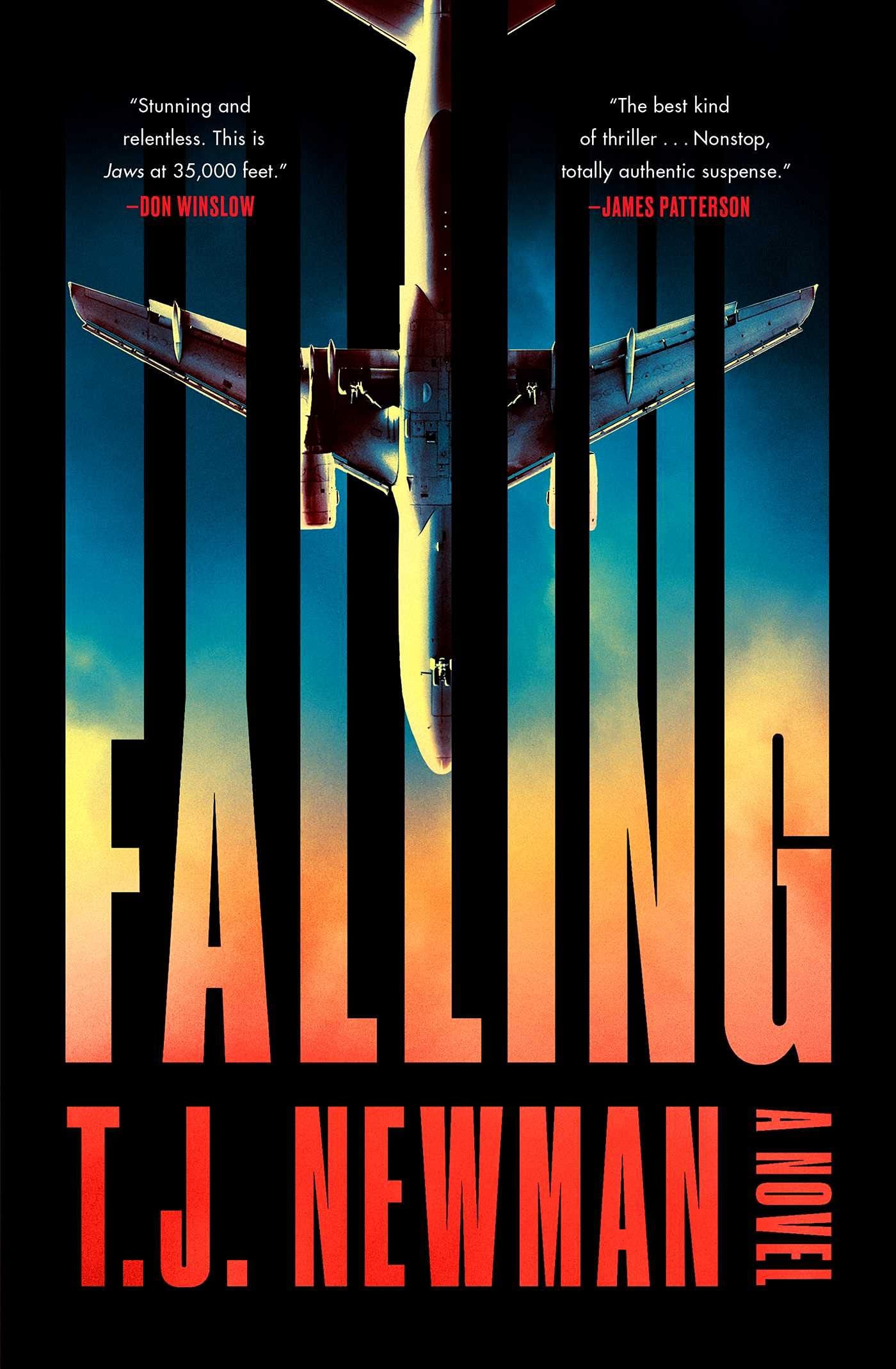 During cross-country red-eye flights, while her passengers slept, T.J. Newman looked out at her passengers and wondered: when hundreds of lives depend on one pilot’s actions, what happens when he faces an impossible decision that puts them all at risk? From that chilling question, the former flight attendant wrote Falling (out July 6), a heart-pounding debut novel that might be this summer’s most-talked-about thriller.

When the plot kicks off, Bill, a career pilot for Coastal Airways, has just reached cruising altitude. As his plane jets from Los Angeles to New York City, he receives an email from his wife, Carrie — strange, because they’d been in a nasty argument when Bill left for his flight. He opens the email to see a photo of Carrie and their young son, bound and blindfolded in their living room, with a bomb strapped to Carrie’s chest. Soon, the next message comes through: his family has been kidnapped. To keep them alive, Bill has to crash his plane and kill everyone on board. If he lands safely, his family dies. If he tells anyone, his family dies. And don’t try to wiggle out of it, says the terrorist on the other side of the screen; there’s a mole on the plane, equipped with a backup plan to make Bill choose, no matter what.

From here, the novel runs at breakneck speed, smoothly switching perspectives between Bill, Carrie, Jo, the lead flight attendant, and Jo’s nephew, an FBI agent. Every minute of the cross-country flight is critical as Bill searches for a way out, not sure who he can trust or even his plane’s ultimate destination. Back home, Carrie is on a knife’s edge, trying to protect her children as both she and Bill desperately try to untangle the terrorist’s ultimate motive.

Newman is sure-handed in the scenes on-board the plane, seamlessly weaving her insider knowledge into the plot. Her handling of character psychology — she puts her cast through the ringer in situations infused with panic, trauma, and terror — is also well done as themes of privilege and ignorance begin to emerge. Things get a little shakier in scenes led by peripheral characters, and while the first half of the novel runs on pure adrenaline, that energy fades into an anticlimactic and sentimental conclusion. It’s a tough turn for a book that, until that point, was so dark, gritty, and well-plotted.

Despite this, Falling passes the ultimate test of a thriller: fueled by a brilliant premise and relentless pacing, you really can’t put it down, and if you do, good luck concentrating on anything else.