It was raw. Yet it was meticulously thought through.

“Plastic Ono Band,” released in December 1970, was John Lennon’s first solo album after the breakup of the Beatles earlier that year. It was a far cry from the tuneful reassurance of Paul McCartney’s one-man-studio-band album “McCartney” and the polished abundance of George Harrison’s triple album, “All Things Must Pass,” both of which were also released that year. In both music and lyrics, “Plastic Ono Band” was a stark statement of pain, separation, vulnerability and self-reclamation after the whirlwind that had been Lennon’s life as a Beatle. Half a century later, the album retains its power.

Now it has been remixed, massively expanded, anatomized and annotated as “Plastic Ono Band: The Ultimate Collection”: six CDs, two Blu-ray audio discs and a hardcover book, delving into the music with a recording engineer’s attention to details. The compilation was produced by Yoko Ono, Lennon’s widow and a producer (with Lennon and Phil Spector) of the original album, and Simon Hilton; there are other configurations for less obsessive fans.

The boxed set revisits the album and the Plastic Ono Band singles that preceded it — “Give Peace a Chance,” “Cold Turkey” and “Instant Karma! (We All Shine On)” — by unearthing demos, alternate takes, raw mixes, studio jams and even individual vocal and instrumental tracks. A disc of “Evolution Mixes” turns each song into a making-of montage, from demo through studio chatter and stray ideas to a glimpse of the finished version. The revelation of “The Ultimate Collection” is that for all the unbridled emotion in the songs, Lennon was still a deliberate craftsman. And even as his work grappled with trauma, he had some fun.

The music of “Plastic Ono Band,” on its surface, repudiated the elaborate productions of the late Beatles. Instead, the tracks relied on bare-bones, three-man arrangements: Lennon on piano or guitar, Klaus Voorman on bass and Ringo Starr on drums, rarely even using all the tracks of an eight-track tape. The sound can be deliberately lo-fi, particularly when he cranks up the electric-guitar distortion on “Well Well Well” and “I Found Out.” 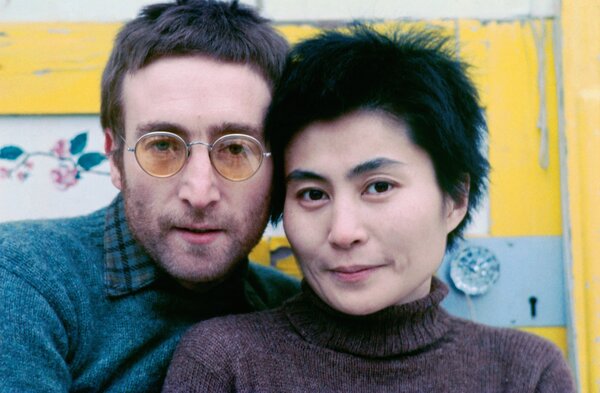 The lyrics, and Lennon’s fully exposed voice, reflected the insights and catharsis of the primal scream therapy Lennon had begun (but never completed) with the practice’s leading exponent, Arthur Janov. “He responded very well because he had an enormous amount of pain,” Janov comments in the album’s book. “It was terrible and also good because it just drove him and made him what he was — incredibly insightful, very close to his feelings and driven by his feelings.”

Lennon’s songs made large topics deeply personal: family, faith, class, fame, drugs, love, fear. “Mother,” which opens the album, starts with a heartsick declaration — “Mother, you had me/But I never had you” — and ends with a crescendo of desolation, with Lennon repeatedly imploring, “Mama don’t go!/Daddy come home!” in a voice that rasps, howls and breaks. (The boxed set includes the a cappella vocal track; it’s harrowing.)

In “Working Class Hero,” Lennon sympathizes with drab, numb lives and wrestles with his own status, heroic or not, while in “Look at Me,” he pleads, “Who am I supposed to be?” In “Isolation,” he sings about feeling trapped and attacked, “afraid of everyone.” And in “God,” joined by Billy Preston’s gospel-piano flourishes, he renounces heroes, politicians, gurus and religions, a list that culminates in “I don’t believe in Beatles.” After a pause to let that sink in, Lennon sings, quietly and firmly, “I just believe in me/Yoko and me.” Then the album’s postscript, under a minute long, revisits a lingering childhood wound with a child’s diction: “My Mummy’s Dead.” (That song, recorded on cassette, had its own artifice; it was sped up in the studio, and filtered to sound like a vintage radio.)

Remixes can’t help being anachronistic, and “The Ultimate Mixes” won’t please everyone who has long cherished the original album. The virtue of the latest mixes is that they somehow create new space and transparency around Lennon’s voice, bringing out the grain and passion of his performances. Stereo placements get shifted, sometimes for better — the guitar and drums sound even meaner in “Well Well Well” — and sometimes not, as Lennon’s double-tracked vocals on “Isolation” are pulled widely apart. The new mixes also regularly boost the lower register, at times elevating Voorman’s bass parts as if they were intended as counterpoint instead of a solid, unassuming harmonic foundation.

The discs of additional material present Lennon as a musician at work with a clear sense of what he’s after. The demos reveal that most of the songs were substantially complete in their early stages, despite small changes to come. The demo of “Mother” was played on guitar rather than piano, but the drama of its final pleas was already built in. The demo of “God,” another song that moved from guitar to piano, doesn’t yet mention “Yoko and me.” And the solo demos of “Cold Turkey” and an early fragment of “Well Well Well” sound more like vintage rural blues than the electric band versions would.

From the demos, Lennon’s expertise and determination take over. The “Evolution” montages show him consulting and heeding Ono’s advice from the control room; the outtakes show him toning up arrangements, placing piano chords for maximum warmth and impact in “Isolation” and “Remember,” deciding whether to use his fingers or a pick in “Working Class Hero.” (The final choice, using a pick, gives the guitar its tolling gravity.)

For the singles released before the album, Lennon treated Plastic Ono Band as a name for whatever group he wanted to assemble. “Give Peace a Chance” gathered the bystanders at a 1969 Bed-In, a weeklong antiwar happening-protest in Montreal, including the poet Allen Ginsberg and the singing comedian Tommy Smothers; when the basic live recording sounded too thin, a choir was added in the studio. “Cold Turkey” — which ends with Lennon’s increasingly agonized vocals — sounds spontaneous but went through 26 takes, with Lennon and Eric Clapton flinging barbed, feverish electric guitar lines back and forth.

“Instant Karma! (We All Shine On),” a single that leapt out of radio speakers in 1970, was both Lennon at his purest — it was recorded in a single day — and Lennon at his most professional. “I don’t believe in Buddha,” he sang in “God,” but the idea of karma — consequences — clearly appealed to him. As the multiple versions in the boxed set show, the basic shape of the song was complete from its demo, but Spector — an expert on microphone placement, piling on overdubbed instruments, reverberation and effects — gave it an explosive impact, in multiple iterations. The means were technical; the result was heartfelt.

For all the concentration on his own new songs, Lennon also had a way to blow off steam, find a focus and consolidate his band: playing the oldies, as one disc in the set reveals. Between takes of his new, bruised songs, he hopped back to what was, even as far back as 1970, vintage rock ’n’ roll: Chuck Berry, Fats Domino, Elvis Presley. It was a common language, a shared joke, a way to regroup, some comic relief. Then they went back to the hard stuff.

After all of the boxed set’s traversals of Lennon’s album sessions, there’s an Easter egg tucked into the Blu-ray audio discs. It’s the jam sessions, recorded on Oct. 10, 1970, with Lennon, Voorman and Starr, that Ono would edit down to most of her own “Plastic Ono Band” album, which was released the same day as Lennon’s. (Ono’s finished album isn’t included in the boxed set; it was most recently rereleased in 2016.)

The unedited Ono tracks are long and usually nonstop: 21 minutes of “Why Not,” 16 minutes of “Touch Me.” The stalwart rhythm section takes up a vamp — bluesy, rocky, droning — and Lennon tops it with slide guitar, swooping and jabbing and quivering. Then Ono joins in to unleash a thoroughly astonishing array of vocal sounds — shrieks, mews, moans, whoops, ululations, yowls, glottals, keening long lines, baby cries, witchy cackles — with Lennon’s guitar hovering nearby, mingling with her and egging her on. “Paper Shoes,” with assorted echoes and reverb layered atop vocals and instruments, becomes utterly dizzying. In 1970, the music’s closest kin would have been the burgeoning krautrock of Can in Germany, who — like Ono and the Plastic Ono Band — were merging psychedelic improvisation with mantric Minimalism, simultaneously focused and deranged.

The sections of the jams that Ono excerpted to fit on an LP in 1970 were usually the most tense, jarring, abstract stretches — which is to say she chose well. But the full-length tracks testify to the Plastic Ono Band’s stamina and closeness, especially to how attentively Lennon and Ono were listening to each other. Teasing, goading, exploring and intertwining, their wordless interactions are intimate primal screams.