This weekend I have … a half-hour, and I want a comedy 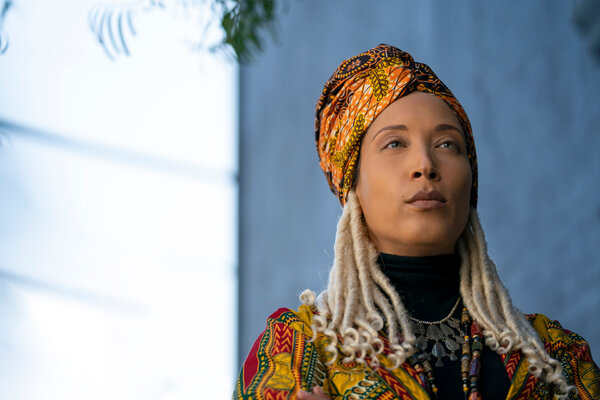 Season 2 of “A Black Lady Sketch Show” is here, and it helps answer an essential question: What happens when a middle school game of MASH really does control your life, dooming you to indeed live in a shack? “Lady” has such a fun ear for specifics and lyricism, and the new season grows seamlessly into itself; the show’s recurring characters are back, and Robin Thede, its star and creator, is as dynamic as ever. If you like sketch but want something beyond an “S.N.L.” paradigm, watch this.

…an hour, and I want something juicy

This new teen thriller puts the split timeline device to jazzy, intriguing use: Each episode covers the same day in 1993, 1994 and 1995, with huge and awful differences year to year. Jeanette (Chiara Aurelia) is a dorky, peppy 15-year-old with frizz and braces and two B.F.F.s, but not for long — later she has straightened hair and a boyfriend, but also maybe she’s involved in a bizarre kidnapping, and her world has collapsed. For better and worse, “Cruel” takes a lot of its cues from prestige crime dramas, so its performances are terrific and its central mysteries appropriately tantalizing. But way too many of its scenes take place in tedious, illegible darkness.

… a few hours, and I want something humane

There are only two seasons of this odd, lovely drama, but luckily they are full of emotion and imagination and magic. Dud (Wyatt Russell) is a sweet but vaguely lost pool cleaner who stumbles upon a fraternal order and finally feels that maybe he has found his place in our broken world. “Lodge 49” loves both fragility and frustration, and even though it depicts some of life’s miserable grind, there’s a radiance within the show, a sense of curious hope. If you’re in the mood for a drama that’s not horribly violent, or if the idea of re-engaging with the world is filling you with both happiness and trepidation, resulting in a paralyzed haze, watch this.