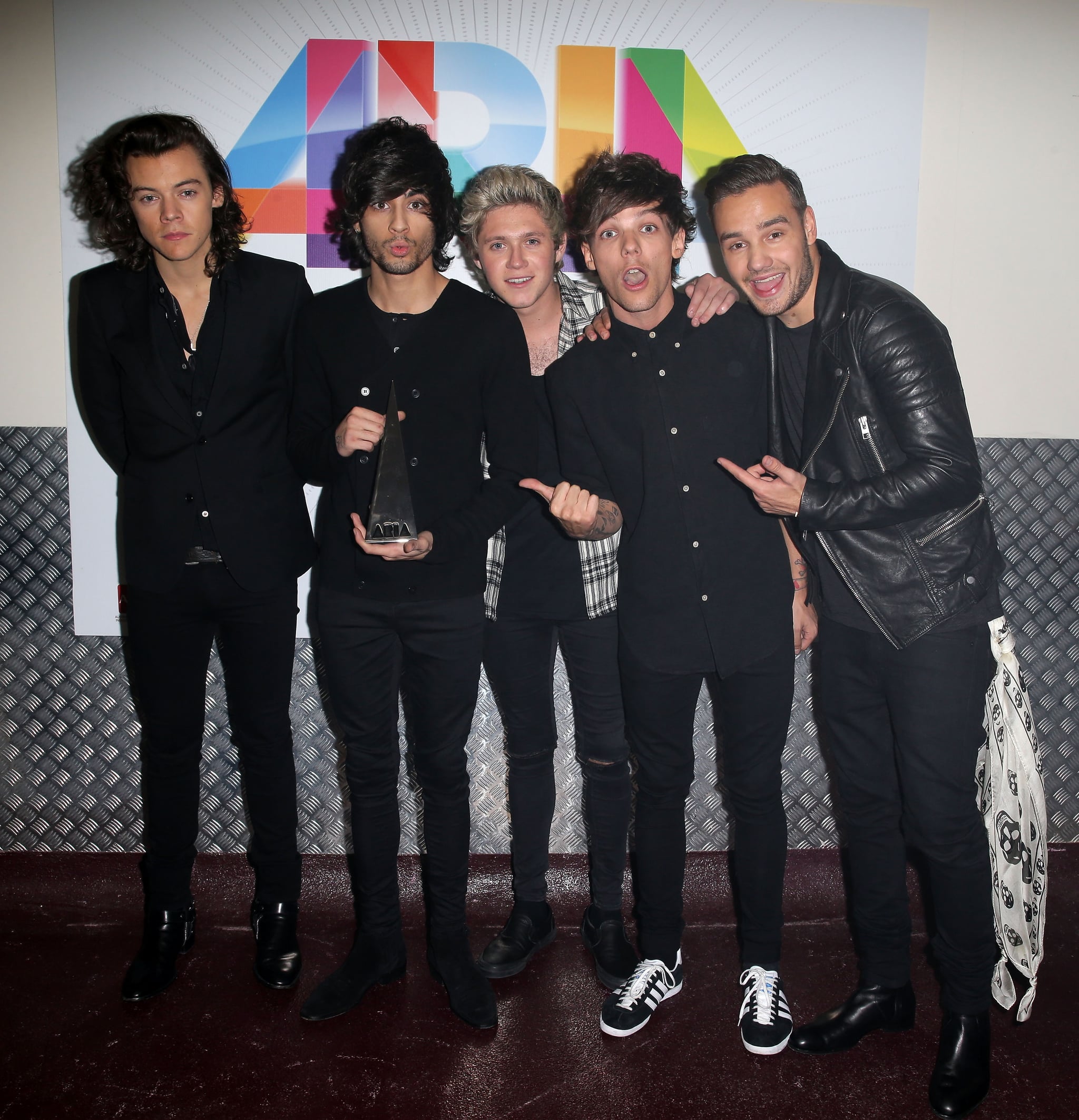 There are few things in this world I love more than One Direction. Niall Horan, Zayn Malik, Liam Payne, Harry Styles, and Louis Tomlinson have brought me more joy over the years than I can express, and they’ve done the same for millions of fans around the world. So many of us have memories extending back to when they were first put together as a group on “The X Factor” in 2010, but as time wears on — and their “indefinite hiatus” expands indefinitely — we keep hearing more and more stories about how One Direction was far less harmonious than we once believed.

Let’s be real: fans could have guessed there was tension within One Direction to an extent. They were five teenage strangers who were suddenly forced to live in each others’ pockets during their most formative years. They were bound to butt heads from time to time. In fact, in their 2013 documentary “This Is Us,” Payne and Tomlinson revealed their early distaste for one another, admitting they couldn’t stand each other when they were initially put together. For the most part, however, One Direction exuded the image of a united front that hardly disagreed or fought while they were active from 2010 to 2015. As far as fans knew, they woke up every day grateful to be part of the One Direction phenomenon, happy to perform on the world’s biggest stages, and interact with fans. While this was true to an extent (the boys have all expressed that they’re still grateful for their experience in One Direction at one point or another), we now know there were days when they wanted to throw it all away, go home, and just be normal. 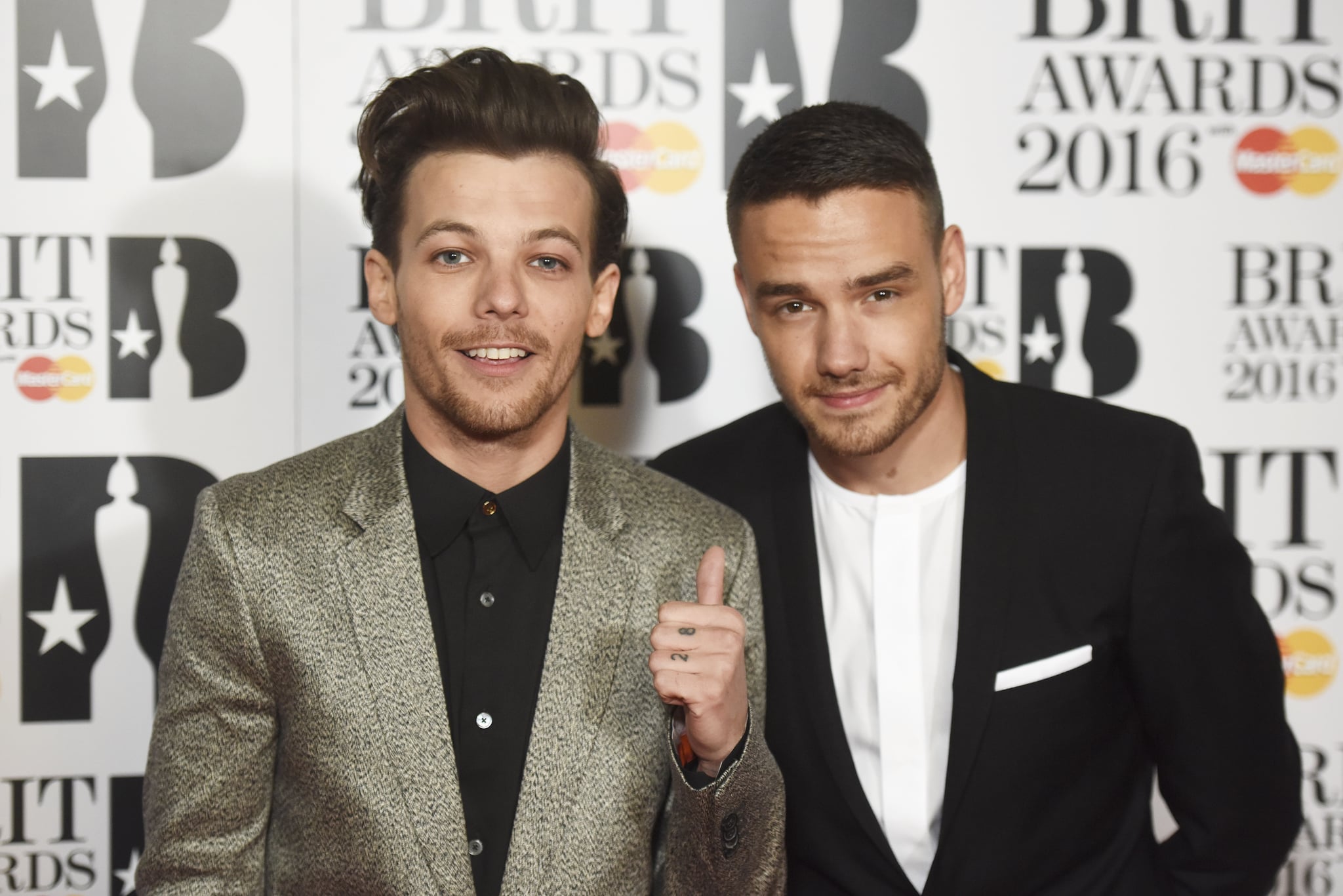 The shiny veneer of One Direction began to crack when Malik did just that in March 2015. In the official statement announcing his exit, he said he just wanted to live a normal life, but subsequent interviews revealed his desire to leave the group had been weighing on him for some time, and it didn’t only have to do with the pressures of fame. Malik told Rolling Stone in 2015 that while he “loved everything” the band did, the music never interested him or fit his style and voice. This was a stark departure from the we’re-all-on-the-same-page answers One Direction gave whenever they were asked how they decided their musical direction for albums in interviews over the years. The following year, Malik told Apple Music, “I think I always wanted to go, from like the first year, really. I never really wanted to be there, like in the band.” In 2017, he told Billboard he’s not friends with anyone in the band anymore. Period.

Payne would soon begin to echo some of Malik’s negative experiences. In a 2021 Diary of a CEO interview, he detailed just how low he got while in One Direction, revealing he would turn to hotel minibars while on tour and throw himself a “party for one,” adding, “It was really, really, really severe. It was a problem. And it was only until I saw myself after that I was like, ‘Right, I need to fix myself.'”

These revelations became harder and harder for fans to hear. They fractured fans’ idea of what One Direction was, introducing an uncomfortable reality: the boys weren’t as tight as we wanted them to be, and being part of the group never came easy. It didn’t stop at their own individual struggles with fame, either, because they also struggled with each other.

Payne opened up on Logan Paul’s podcast, “Impaulsive,” at the end of May, revealing a time when he and another member of the band (who he didn’t name) got into a heated argument that almost turned violent. “I think it was well known within the band that I don’t like taking sh*t,” he said. “At a certain point, I made it very obvious. I’m not going to tell you how. There was one moment when there was an argument backstage and someone, one member in particular, threw me up a wall. So I said to him, ‘If you don’t remove those hands there’s a high likelihood you’ll never use them again.'” 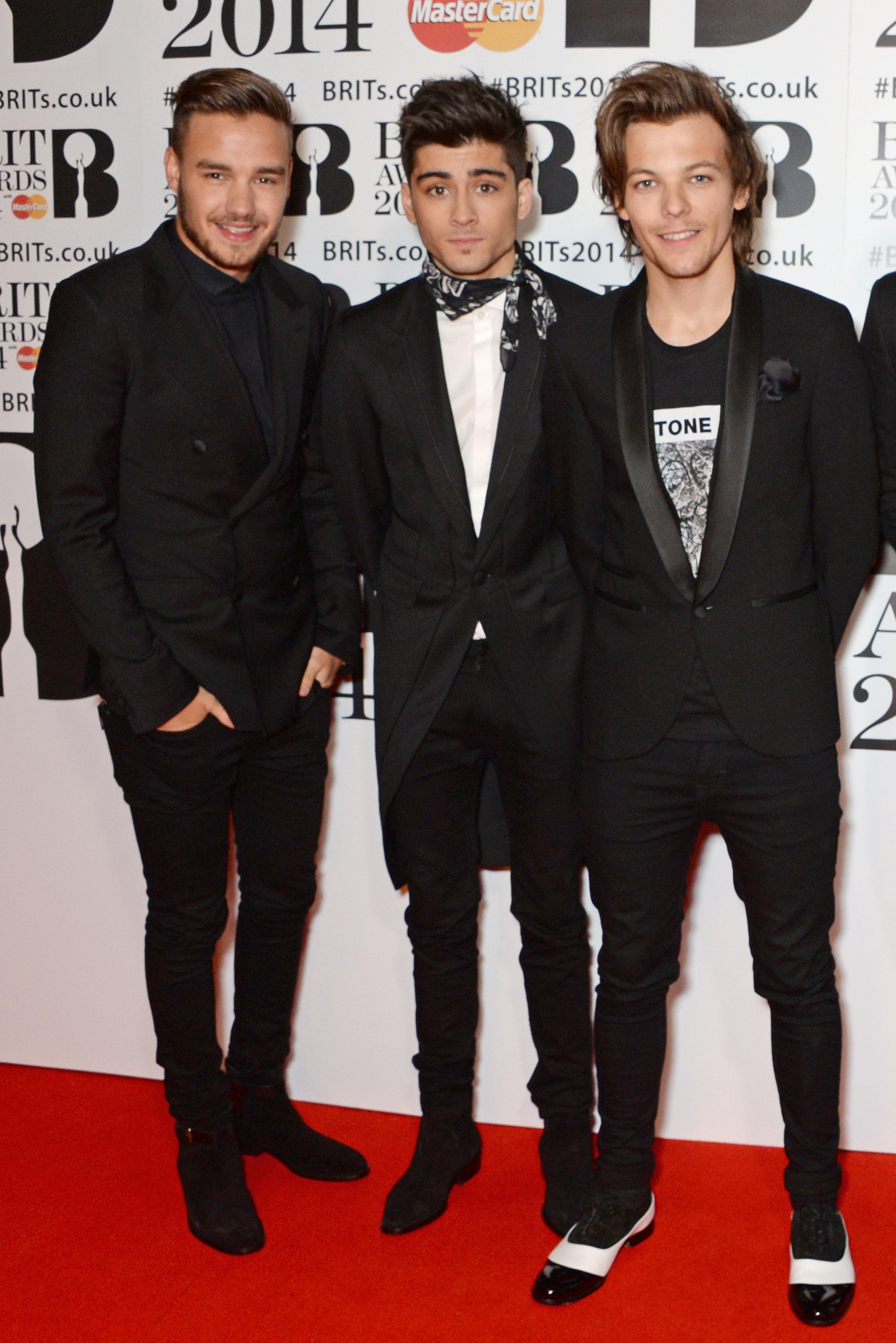 Payne threw another curveball in this interview, claiming Simon Cowell — who created One Direction — built the band around Payne. While some fans have scoffed at the very idea, fans who were there from the beginning can see the truth in this. Payne first auditioned for X Factor in 2008, a couple of years before the rest of 1D, but Cowell sent him home because he wasn’t ready. Later, when the band was put together on the show in 2010, Payne was given a healthy amount of solos and was put forward as the group’s de facto leader. At one point, he was even dubbed “Daddy Direction” by the members. As the years went on, however, the “de facto” frontman of the group changed organically (to Styles), a shift that only became more apparent when the group pursued solo endeavors.

Though Payne is mostly congratulatory of his fellow bandmates’ accomplishments, fans can’t help but sometimes wonder if it’s genuine. Many sensed a whiff of jealousy over how things shook out in their solo careers as Payne recounted his version of One Direction’s beginnings. And this, my friends, is sibling rivalry at its finest.

Malik and, now, Payne have long been criticized within the fandom for how they’ve gone about sharing “negative” stories about One Direction, and giving a painful — though real — look at another side of the group in the process. Alongside these criticisms, people have praised the other members for decidedly not sharing their own negative experiences. But I often wonder: have Styles, Tomlinson, and Horan not shared their own negative experiences because they didn’t have them, or were they simply trying to preserve One Direction’s pristine image? As the years go on, the latter appears to be the case. 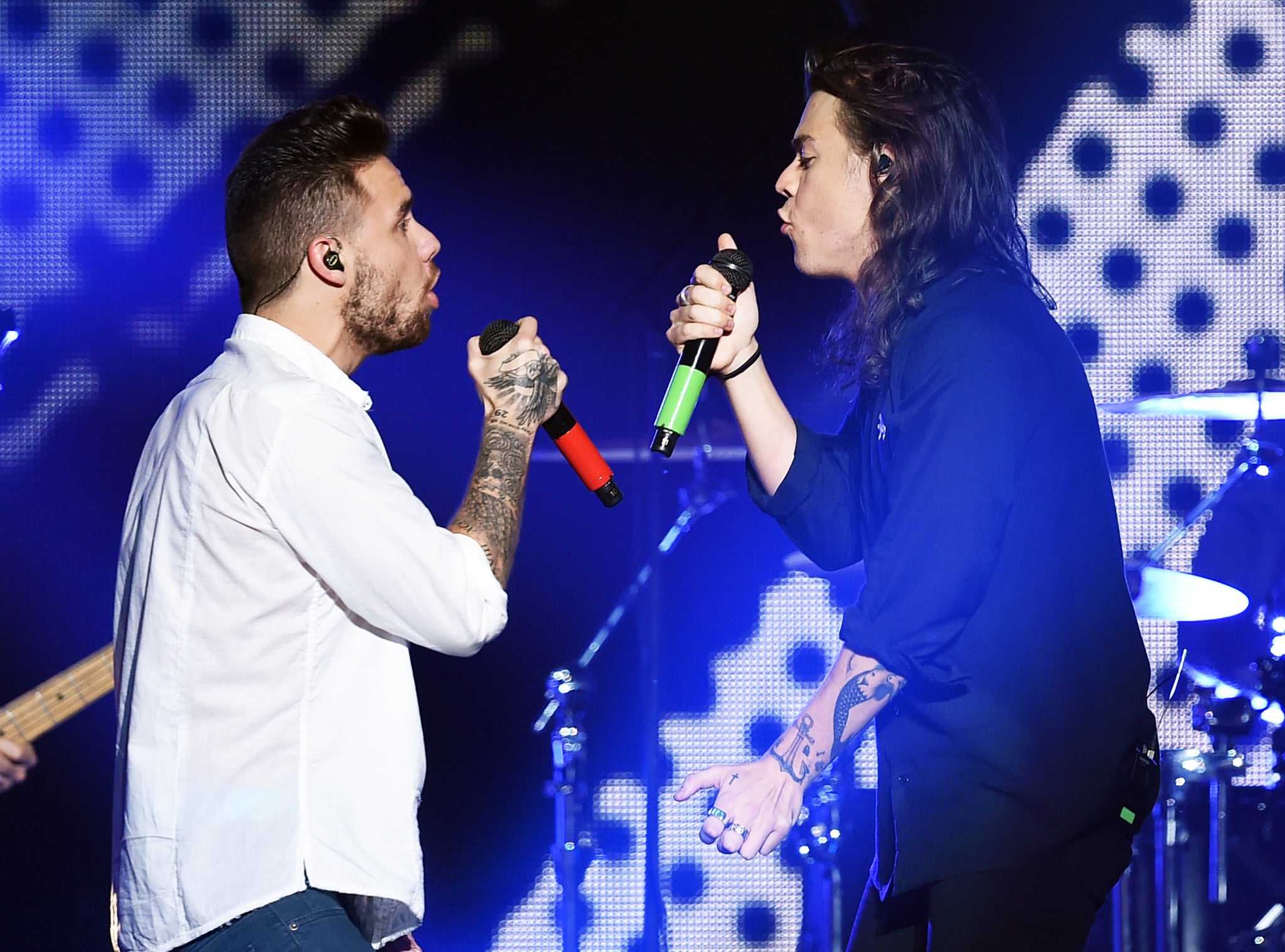 In April, Styles, who only ever had gracious things to say about One Direction, told Better Homes and Gardens that he, too, had painful memories from his time in the group. The band reportedly had cleanliness contracts that Styles was terrified of violating, and he recalled being afraid to say the wrong thing in interviews, revealing that once he was out on his own, it all changed. “I felt free,” he said.

I often say that I miss One Direction, but not in the context of ever wanting them back the way things were. I think what the members needed when they were active was more creative freedom, more mental wellness, and more time off, because maybe if the 1D machine was kinder to them, they would have lasted more than just five years. As a fan, I want nothing but happiness for them, and I can see that, now, as solo artists, they’re able to make music they believe in and care about at a pace and in a manner that suits them as individuals. I want that newfound freedom to extend to how they recount and work through their shared and individual experiences. I don’t want them to feel like they can’t be open with fans about the downsides of their time in One Direction. 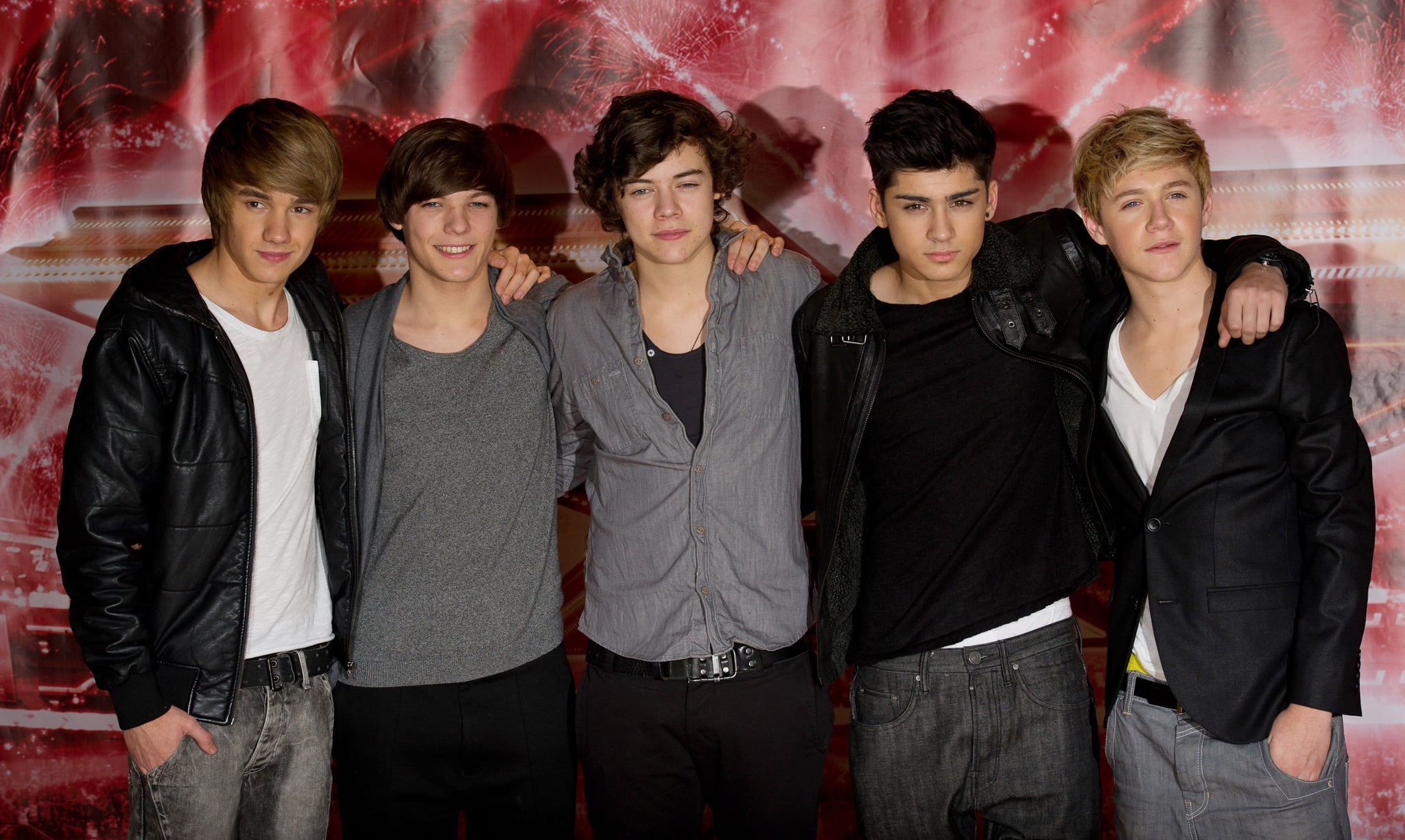 I would never expect five brothers to get along 100% of the time or feel the exact same way about a major life experience. That’s just not realistic. We’ve all grown up in the years since the band went on hiatus, and should collectively be able to understand that all the good memories of One Direction can exist alongside the harsh realities. Though they aren’t as close now, the members are still largely grateful for the One Direction experience they had together.

Whether fans agree or disagree with how Payne, Malik, or any other member chooses to speak about their time in One Direction or the substance of what they have to say, the cracks they’re now exposing paint a more realistic picture of what family looks like. These boys were dropped into an out-of-this-world experience together and grew to deeply appreciate each other, not in the absence of differences, but rather in spite of them. Styles most recently discussed this with Apple Music in May, saying, “I think there is very much a respect between all of us, if we did something together. And that is something that you can’t really undo. And you know, it’s like a very deep love for each other, I think.”

Part of growing up is realizing that there are almost always dark sides to every story. Seeing One Direction flourishing in their solo careers since 2015 should make it a little easier for fans to accept those hard truths, as they’re part of all these guys’ stories and part of their process for moving on. It’s completely valid for us to still love One Direction for all they’ve given us while simultaneously recognizing what each member went through to bring us that happiness.