Unlike her ex-husband, Ben Affleck, Jennifer Garner keeps her dating life as off the radar as possible. Back when she started dating CaliGroup CEO John Miller in 2018, we never had major PDA moments or red carpet photos to get a read on their relationship — and that’s exactly the way the actress wants it. 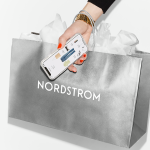 So it was a surprise to see Garner in New York City with her on-again, off-again beau because we had almost forgotten that they had rekindled their romance this spring amid all of the Bennifer news. Photographers captured the private couple out and about in Manhattan on Tuesday. (See the photo at People.) Garner donned a KN95 mask while casually dressed in jeans, a white sweater and her black frames while Miller, wearing a plaid shirt and jeans, has his back to the camera.

The duo has a lot in common as divorced parents, who have made sure to co-parent as amicably as possible with their exes. Garner shares daughters Violet, 15, and Serafina, 12, and son Samuel, 9, with Affleck, and Miller has two children from his marriage to Caroline Campbell. And after calling it quits in August 2020, things are reportedly a bit easier with their rekindled romance. “Time has passed, and they are each in a different place with children,” a source told People.

The Yes Day star has always been protective of her family and she’s talked at length about how the paparazzi and tabloid headlines have affected her children over the years. “When they were smaller and there were things out there that were shocking, my request to them was always, ‘Let Dad and I talk you through whatever it is,’” she told The Hollywood Reporter. “I’d tell them, ‘If you see an image on the front of a magazine, I’ll look at it with you and we’ll process all the scary feelings that come up together.’”

And that’s probably the same plan she has in her romance with Miller — away from prying eyes and drawing as few headlines as possible.

Before you go, click here to see celebrity couples who famously broke up and got back together.