The one and only summer I went to sleepaway camp, I bunked with these ferocious girls from Morris County, in New Jersey, who wore tubes of grape-scented Lip Smacker lip gloss on lanyards that hung from their necks and who hogged the bank of bathroom mirrors blow-drying their hair every afternoon before dinner. The one girl I did love, a freckled, husky tomboy, packed her rucksack and ran away right after our counselor’s flashlight bed check one night, and I wept silent, racking sobs in my lower bunk until dawn, terrified for her out in the wilderness. Or worse, wandering onto 95 South with all those long-haul 18-wheelers pounding the uncongested Interstate in the dark hours.

My own sons never even let me sign them up, howling their protest — truly, howling — at even the introduction of the topic. Every year when spring arrived, the thought crossed my mind, taking firmer shape as year-end report cards arrived and then solidifying as the last of the nicely structured school days came into unignorable focus. I’ve rolled out the exciting idea of sleepaway camp, short-session sleepaway camp, “the same sleepaway camp that your best friend is going to,” as well as day camp, science camp, technology camp and sports camp. Even half-day video-gaming camp was violently refused. Summer camp is just not for everybody. 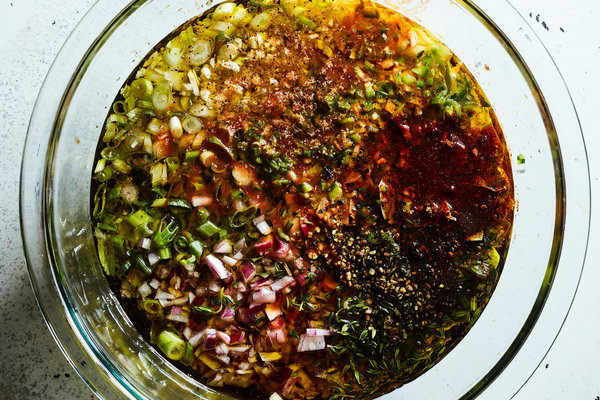 I eventually spent several years enjoying summer camp, but only as an adult, when I was hired as the chef of a special beauty in the deep woods of western Massachusetts. Blue-slate roof shingles on the massive barn, wild turkeys in the tall grasses. I got all the slamming screen doors and the wooden benches of sleepaway camp — while blissfully remaining aloof to and ignorant of the high emotional stakes of adolescence and bunk life. With your own little cabin to tuck into each night after tidying up the cafeteria bread and bagel cages or breaking down the make-your-own-sundae station, Senior Ranking Support Staff is the golden way to go to camp, I realized.

I hired a cook one of those years, a Jamaican guy named Shaun Lewis, who stepped off the bus from New York City clutching his duffel and sniffing nervously at the fresh air. He hated camp pretty much upon arrival and spent his summer surviving the insects and the 10-year-olds and the counselors by hiding in the kitchen. I would come down early every morning to get the ovens and coffee urns going to find unbelievable fruit carvings in the walk-in refrigerator: Shaun, up all night in the empty dining hall, would carve watermelon dragons and Granny Smith apple birds of paradise with his paring knife, before submitting himself to a cocoon of mosquito netting he fashioned around his sleeping bag.

As the camp chef, I loved having someone on the team who would rather clean chicken breasts or chop broccoli florets and refill all the cereal bins than swim or tell spooky stories at campfires or run the three-legged races. Shaun buried himself in cookbooks, sharpened and resharpened all the knives, practiced his garde manger skills and lived for parents’ visiting days, when we had huge and elaborate banquet meals to prep for. His jerk chicken made it onto the buffet both sessions that summer; parents came back to the kitchen window and praised it effusively, and I’ve been making it every summer for 25 years.

It’s not spicy hot but has a magnificent warmth that spreads across your chest in a slow build. I would like to insist that there is no substitute for the low-and-slow smolder of a live charcoal fire — it’s the smoke you can’t live without — but I’ve cooked this in cast iron on a stovetop, on the grates of my restaurant’s flawed indoor gas grill and on sheet pans in a blasting convection oven, and still it slays. If you were making a very large quantity, like for a parents’ visiting day, I would add back the couple of ingredients I felt obliged to cut from his recipe here in an effort to ease up on its lengthy shopping list: a glug of lager in addition to the stout called for and a loose handful of fresh basil leaves, chopped. But for the small-batch home cook, it’s safe to say you won’t notice the absence of these minor flavor shadings when the other 21 come together as one haunting, seriously interesting and compelling chord. Unless you are the kind of person who spent every summer at band camp and can notice the boost brought by a second bassoonist and a third-chair violinist in a large orchestra.

In recent years, I’ve added an odd-sounding but crazy delicious little side condiment of quick-pickled fresh ripe bananas — the creamy bland sweetness of the fruit with the spike of vinegar and habanero just blows the roof off the whole enterprise, in my opinion. I only wish I had thought of it back then, when Shaun spent all those long nights avoiding the bunk, the bugs and the funk of unwashed socks by hiding in the kitchen. What wonder of intricate knife work with the bananas would he have left for me to find in the morning, what elaborately carved souvenir?