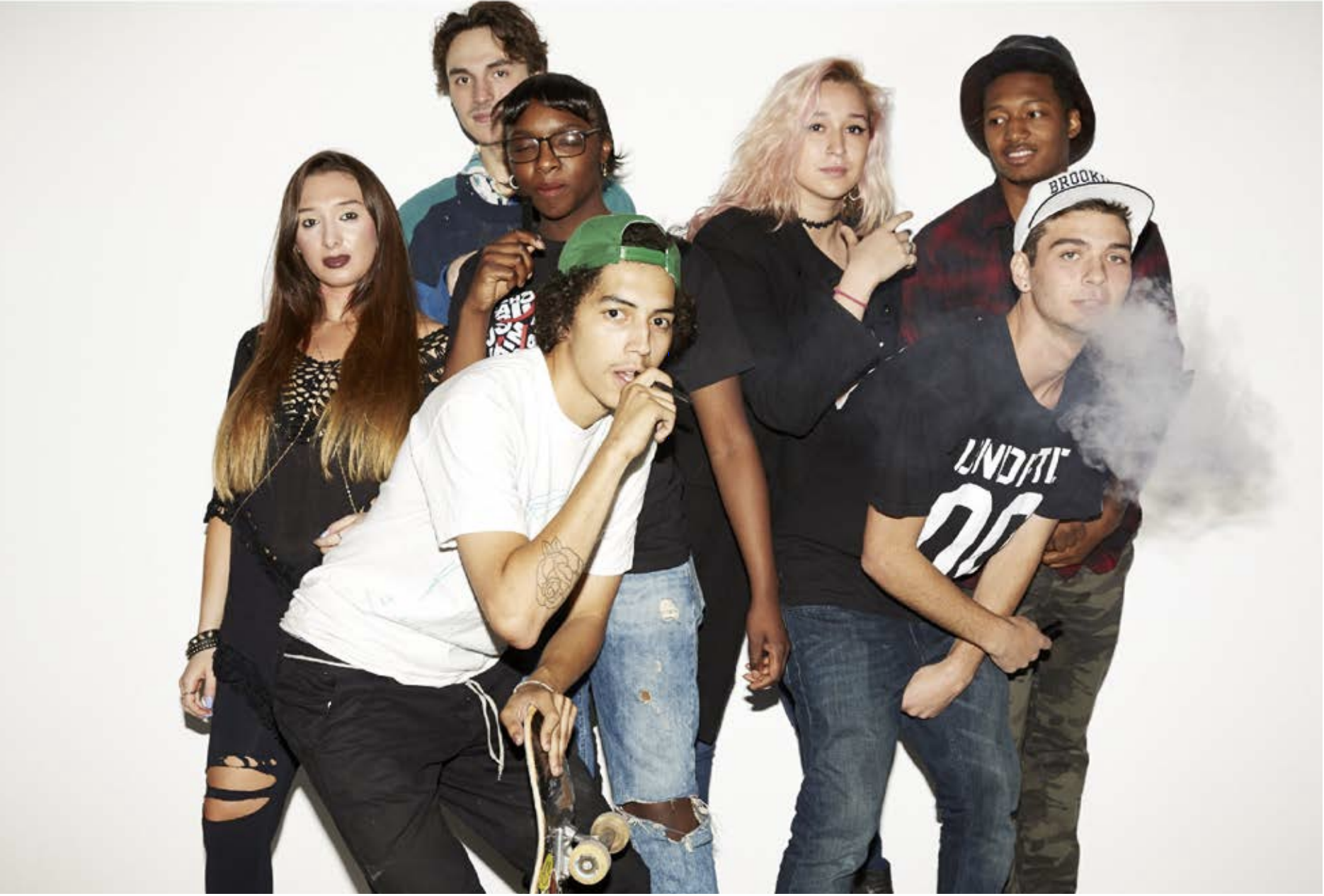 Attendees at a Juul launch party in 2015.

“Juul knew it was selling to kids,” Attorney General Maura Healey said at a news conference. “They plastered the Internet.”

The lawsuit claims that Juul deliberately crafted its ads to feature young, cool-looking people, rejecting an alternative campaign aimed at older smokers who wanted to quit. It sought to get its devices into the hands of the likes of Cara Delevingne, Miley Cyrus, and hundreds of other celebrities and social media influencers. And it bought up ads on kids’ websites, including Nickelodeon, Cartoon Network, teen magazines, and other youth-focused sites — even some allegedly aimed at preschoolers.

“You’re doing your math homework and up pops an ad for Juul,” Healey said.

Healey alleged that the marketing sparked a new generation of kids addicted to nicotine, even as rates of teen cigarette smoking continue to decline. While last year’s vaping-injury illnesses and deaths ended up being tied to devices that contained marijuana extracts, many teens say they can’t stop using e-cigarettes. About 1 in 3 high school students in Massachusetts uses e-cigarettes, Healey said. And nationwide, about 27% of high school seniors have vaped in the last month, according to federal surveys.

“I remember insisting Juul was different than cigarettes and I was not addicted,” said Emma Tigerman, 19, a sophomore at Northeastern University, who described her high school years as being defined by e-cigarette use. “I have been addicted to nicotine for four years.”

Juul is not the only e-cigarette brand, but it is the biggest — by late 2018, it had three-fourths of the US market — which makes it viewed by anti-tobacco advocates as the chief catalyst of the teen vaping crisis. One of its high-dose nicotine pods contains as much of the addictive stimulant as a pack of cigarettes. The chief health concerns are that addiction to nicotine will interfere with brain development and predispose young adults to cigarette smoking and addiction to alcohol and other drugs.

Juul has denied that it ever sought to attract teens. In 2018, cofounder James Monsees told the New York Times that selling Juuls to kids was “antithetical to the company’s mission.” And at the time, a spokesperson told the newspaper that the original ad campaign in question was aimed at adult smokers in their 20s and 30s, but was abandoned after five months in the fall of 2015.

That narrative has already been called into question by researchers who have found the company’s old ads online and criticized its sweet, fruity flavors, from creme brulee to mango, for luring in teens.

The new lawsuit adds significantly more fuel to the criticism against Juul. Its internal documents show in much greater detail the extent to which the company’s marketing campaign was conceived with young people in mind and rolled out in venues meant to reach them. It also makes clear that Juul continued reaching out to underage users after 2015, after the company claimed it abandoned the campaign.

Juul spokesperson Austin Finan said that the e-cigarette company’s customer base is the world’s 1 billion adult smokers: “We do not intend to attract underage users.”

“While we have not yet reviewed the complaint, we remain focused on resetting the vapor category in the U.S. and earning the trust of society by working cooperatively with attorneys general, regulators, public health officials, and other stakeholders to combat underage use and transition adult smokers from combustible cigarettes,” he said in a statement.

Juul is in the middle of applying to the FDA for permission to keep selling its e-cigarettes, a process that involves submitting reams of data and studies about how its devices are made, what they contain, and their health and environmental impacts.

In the meantime, Juul has made several drastic strategy changes under its new CEO, KC Crosthwaite, who took over in September. In the fall, it stopped selling its non-tobacco, non-menthol flavors in the US, stopped all its nationwide advertising, and halted lobbying against the temporary ban on most flavored e-cigarettes. It laid off 650 people, or 16% of its global workforce, and is planning to cut $1 billion in costs this year. All of these cutbacks have made Juul a difficult place to work and a less appealing acquisition to Altria, the tobacco giant that bought a one-third stake at a valuation of $38 billion in late 2018 — a figure that has since dropped to $12 billion.

But to Juul’s critics, all these efforts are too little, too late.

“We have a generation of young people who never would have smoked addicted to nicotine because of these ads,” Matthew Myers, president of the advocacy group Campaign for Tobacco-Free Kids, said at the news conference.

And Jonathan Winickoff, a pediatrician at Harvard Medical School, said, “I have patients who come in every day addicted to nicotine because of e-cigarettes.” 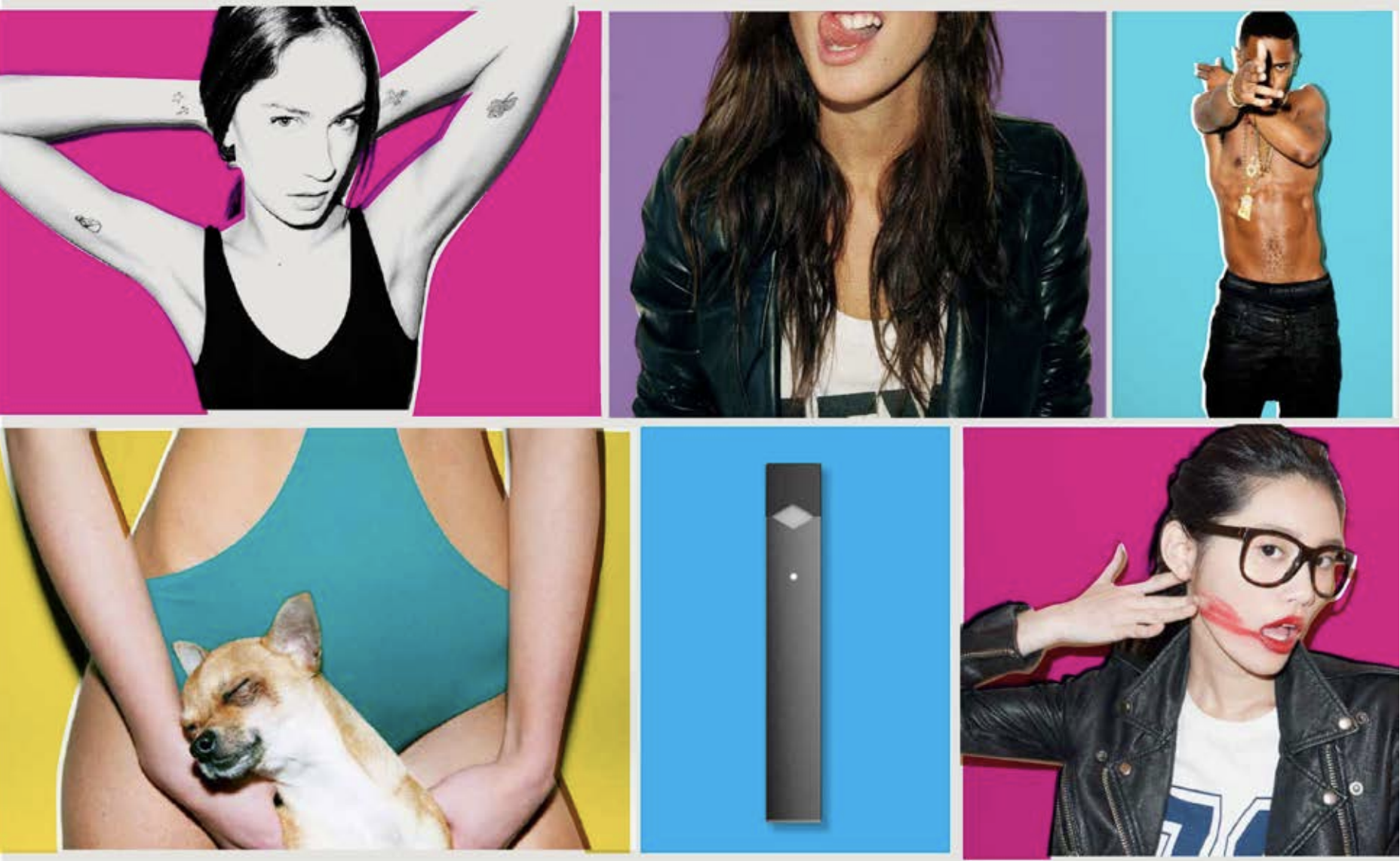 A mood board for Juul’s ad campaign.

According to the lawsuit, Juul hired an ad agency in 2014 to work up a marketing pitch for the company’s newly invented, slim-as-a-USB-stick e-cigarette. The agency suggested that Juul portray itself as “a technology company” with ads that juxtaposed its vaping pen against outdated devices like a boom box and a 1980s-era cell phone — products that would be most familiar to customers who were alive during their use.

Instead, Juul decided to go another way. It hired an artistic director, Steven Baillie, who mocked up mood boards of teens and millennials looking cool and sexy, according to photographs cited by the lawsuit. Juul green-lit that vision, and Baillie came up with a slogan for the launch: “Vaporized.”

Baillie and Juul looked for models (“New York trendsetters who embody the Juul brand and speak to millennial consumers,” in Juul’s words, according to the lawsuit) and shot them in playful poses against colorful backgrounds. Juul employees and its board of directors were concerned that some of these models “appeared to be too young,” according to the lawsuit. But the campaign moved forward anyway.

In June 2015, Juul threw a launch party in New York City. The young fashion and music influencers who came posted about Juul on their social media accounts and posed for photos, which the company then used in Times Square billboards and across the internet. More sponsored events, with free Juul giveaways, followed that summer in New York and Los Angeles.

Also starting in June 2015, according to the lawsuit, Juul ads started popping up on websites for young kids and teens, including those of the children’s TV networks like Nickelodeon and Cartoon Network, the comedy site College Humor, the magazine Seventeen, and College Confidential, a message board frequented by high-school students. Other websites had URLs like allfreekidscrafts.com, hellokids.com, kidsgameheroes.com, games2girls.com, girlgames.com, and girlsgogames.com. 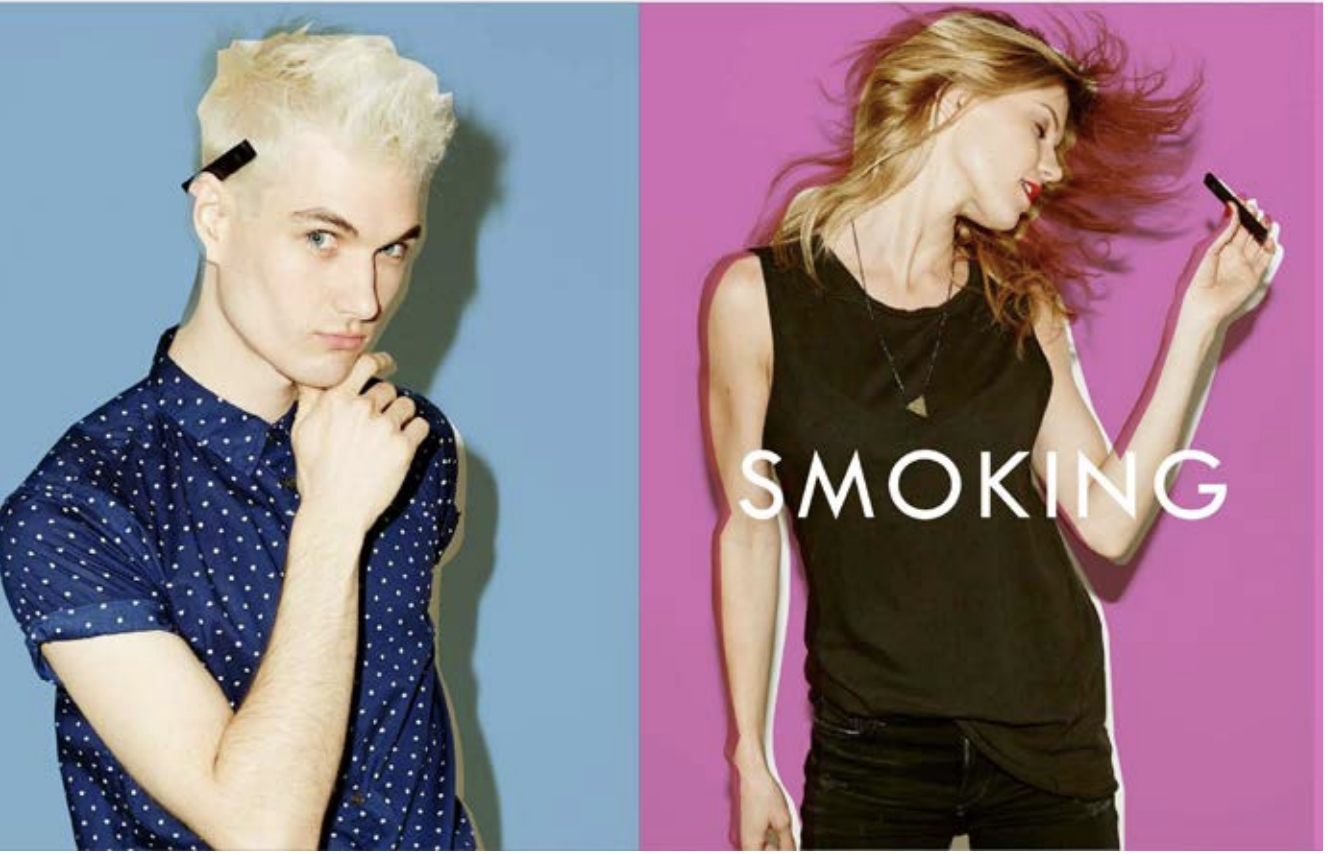 Facebook and Instagram have policies of not accepting paid ads for tobacco products, but the lawsuit alleges that beginning in 2015, Juul circumvented those rules by paying third-party online publishers like Gawker, HypeBeast, and Urban Daddy, to promote Juul through their accounts on those social media platforms. Juul had its own Twitter, Instagram, and Facebook until late 2018, where it also posted ads from the “vaporized” campaign.

The company also sought to cultivate a stable of influencers, sending free e-cigarettes or offers for free devices to more than 500 people in 2015 and 2016. Its target list, according to the lawsuit, included celebrities — Tavi Gevinson of Rookie magazine, Kristen Stewart, Robert Pattinson, Jennifer Lawrence, Miley Cyrus, Cara Delevigne — as well as teens with large social media followings, like Luka Sabbat and Claudia Oshry.

By 2018, the hashtag #juul had over a quarter of a million Instagram followers, research shows.

The lawsuit also alleges that Juul marketed to underage people by email. It collected the emails of visitors to its website, and in the summer of 2017, commissioned an outside company to examine the 420,000 addresses on its list. It found that almost 270,000 people weren’t linked with a record of people who had passed Juul’s age verification process. Another 40,000 addresses were linked to people who had failed the process. And 83% of the overall list couldn’t be matched to people who were at least 18.

But Juul kept sending marketing emails to this list for another year — until August 2018. Only after the Washington Post published an article about the practice that month, the lawsuit alleges, did Juul then require members of its email list to pass its age-verification process.

As Juul has pulled back in the US recently, alternatives such as Puff Bars have started to fill their void, thanks to a loophole in the new federal ban. But Healey, the Massachusetts attorney general, said that the lawsuit should be a warning to other e-cigarette makers. “Engaging a whole new generation of kids while we focus on Juul,” she said, would lead to legal consequences.