Kehinde Lijadu, a singer and songwriter who formed the Lijadu Sisters with her identical twin, Taiwo, a duo that had a string of hits in Nigeria in the 1970s and later found an international audience, died on Nov. 9 at the apartment she shared with her sister in Harlem. She was 71.

The cause was metastatic breast cancer, Taiwo Lijadu said.

The Lijadu Sisters flourished in a Nigerian pop scene dominated by men. On the five albums they made in the 1970s, they sang — in English, Yoruba and Ibo — about corruption, poverty, urban violence and perseverance alongside songs about love and dancing. As they gained popularity in Nigeria, they were outspoken about equality for women.

“I will forever be the mouthpiece of those who are oppressed worldwide,” Kehinde Lijadu (pronounced KAY-hin-day lee-JAH-doo) said in “Lijadu Lessons,” a 2014 YouTube series.

The Lijadu Sisters lived and worked inseparably throughout their lives. They performed in matching outfits and sang nearly every line of every song together, in close harmony or in unison.

Working with the producer and musician Biddy Wright, they made music that drew on Nigerian traditions and West African pop styles like highlife, Afrobeat and fuji, as well as international influences: funk, psychedelia, reggae and gospel. Even in their most pugnacious songs — like “Erora,” which criticizes a rapacious elite — their music maintained an optimistic spirit.

Kehinde and Taiwo Lijadu were born on Oct. 22, 1948, in Jos, a town in northern Nigeria. Kehinde was born second; according to Nigerian tradition, that meant she was considered the elder twin. They moved with their family first to Ibadan and later to Lagos. 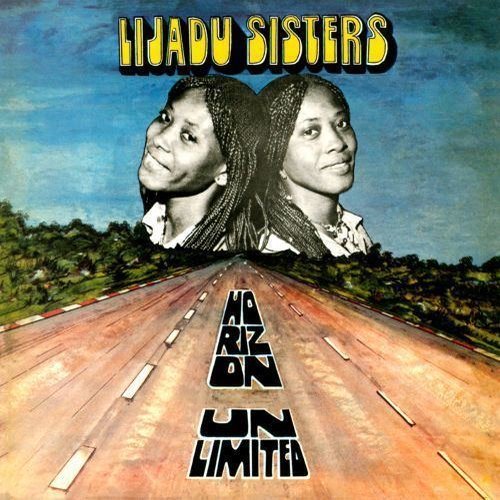 Their father, Edmund Funso Lijadu, was a photojournalist who played piano. Their mother, Adelaide Efunyemi Lijadu, was a seamstress who also worked in pharmacies, mixing medications. She was a musician, too — she played harmonica — and she exposed her daughters to music from inside and outside Nigeria: I.K. Dairo, Miriam Makeba, Ray Charles, Elvis Presley, Aretha Franklin, the Beatles.

When the twins began writing songs, Taiwo recalled in 2014, their mother advised: “When you write a song, make sure people can pick that song and the tune 200 years later. Talk about something that always happens, will always happen.”

In an interview with The Guardian, the sisters (they were quoted as one) said, “Music teaches us to reach out and do something about what is going on, socially, morally, financially, spiritually and politically.”

As teenagers the sisters found work as studio backup singers. They recorded their first single as the Lijadu Sisters, “Iya Mi Jowo” (“Mother, Please”), in 1968. At first, their mother chaperoned them and sewed their stage outfits.

Audiences outside Africa first saw the sisters in the early 1970s, when the drummer Ginger Baker, best known for his work with the rock band Cream, came to Nigeria to work with musicians, among them Fela Kuti, the inventor of Afrobeat (and the sisters’ second cousin). The sisters toured with Baker’s African-centered band Salt, which took part in the cultural festival at the 1972 Munich Olympics. They were meeting Jimi Hendrix’s mother after their performance when they heard the explosions from a terrorist attack on the Olympics site.

The Lijadu Sisters recorded their first album, “Urede,” for EMI Nigeria in 1974. They then signed to the Afrodisia label, an affiliate of Decca Records, and made four albums aimed at both Nigerian and international audiences.

“Danger” (1976), with lyrics mostly in English, drew on Afrobeat, reggae and soul. “Mother Africa” (1977) turned toward Nigerian roots, featuring traditional talking drum, lyrics in Yoruba and highlife-style acoustic guitars. “Sunshine” (1978) reached outward again, with lyrics in English, synthesizer lines and infusions of disco, rock and reggae. Their final album, “Horizon Unlimited” (1979), was the culmination of their fusion of local and international grooves with urgent social commentary and romantic tidings.

But their record business experiences had left them feeling exploited. “They don’t care. They don’t give one fig about the artist,” Kehinde Lijadu said in 1979 in Jeremy Marre’s documentary “Konkombe: The Nigerian Pop Music Scene.”

They expanded their performing circuit, traveling to Britain and to the United States, where in 1984 Shanachie Records released an anthology of their Afrodisia recordings, “Double Trouble.” Its liner notes described the sisters as “identical twins who also share identical callings, habits, hobbies, a joint bank account and four children in between them.”

In 1988, the Lijadu Sisters toured the United States alongside Nigeria’s leading juju band, King Sunny Adé and His African Beats. They relocated to New York City and continued to perform, but never found a satisfactory recording deal.

In 1996, Kehinde Lijadu suffered severe spinal injuries in a fall, and the sisters withdrew from music as she slowly recovered her ability to walk and dance. They studied the Yoruba religion Ifá and herbal medicine, and both became priestesses and herbalists.

Their 1976 song “Life’s Gone Down Low” appeared on a 2005 compilation on the Luaka Bop label. The rapper Nas built a song, “Life Gone Low,” on the song’s Afrobeat vamp and title without crediting the Lijadu Sisters; it was officially unreleased but has circulated widely online.

The Lijadu Sisters re-emerged in 2011, when after lengthy negotiations Knitting Factory Records licensed their Afrodisia albums and began to reissue them. They returned to performing in 2014 and toured major cities as part of “Who Is William Onyeabor?,” a revue organized by Luaka Bop in tribute to the reclusive, independent Nigerian songwriter.

In 2011, Kehinde Lijadu told the magazine The Fader, “Whatever we do as singers, we have to think of what we will say that will comfort people’s hearts, that will gladden people’s hearts.” Taiwo chimed in, “To give people hope.”