Kelly Clarkson’s divorce from Brandon Blackstock is on its way to being resolved for good, but there are a couple of sticking points the former couple has to iron out. A temporary consensus was reached recently for $45,000 in child support and $150,000 in spousal support per month for the music manager, but this will likely be revised once the judge decides whether to uphold their prenuptial agreement. 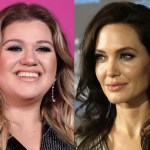 There was one major issue about who is responsible for maintaining the couple’s Montana ranch, where costs run upwards of $81,000 per month. Viewers of The Kelly Clarkson Show became very familiar with this property during the early days of quarantine because the talk show host did the show from a one-room cabin on the estate. Well, Clarkson isn’t going to have to worry one bit about those high costs because the judge ruled in her favor, per TMZ. Blackstock will have to take on that tab with his $10,000 monthly earnings and his spousal support from his ex since he is currently using it as his main residence.

In 2020, Clarkson talked about how much she loved living out on the ranch. “It’s nice to get into nature. As a society, we don’t do it enough,” she said in a digital episode of her show. “We’re always working constantly, so it’s nice to just come out here and sit by the stream and hear the water flowing and be around all the trees. I just love the sound of just nature and not cars and not people on top of each other.” Times have certainly changed and she’s selling the couple’s former Encino home while starting over in a classic Toluca Lake estate in California.

Blackstock might not like the judge’s ruling, but it seems to be a fair assessment given the fact that it’s the place he is calling home for now. We are sure Clarkson is looking forward to wrapping up this chapter of her life because it’s been a roller coaster of court dates, which just prevents her from starting over fully.

Before you go, click here to see celebrity exes who never buried the hatchet.