It’s been over a year since Kelly Clarkson filed for divorce from her husband of seven years, Brandon Blackstock. The legal case is dragging on and on, and the talk show host has had enough — she’s ready to be declared single by the courts. 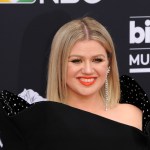 According to documents obtained by Us Weekly, Clarkson has done her best “to settle” the divorce, but her former husband has “no intention of reaching a global settlement of this matter anytime soon.” She has primary custody of their two kids, daughter, River Rose, 7, and son, Remington Alexander, 5, but they still have to work out child and spousal support. While it may seem like an extraordinary move to be declared legally single before the divorce is finalized, there are a few possible good reasons.

Clarkson probably wants to feel like she’s moving in a forward direction, and with all of the stalling tactics she’s alleging on Blackstock’s side, she needs to be able to have control over this one area of her life. “[Brandon] and I both deserve the opportunity to build a new life. Therefore, I am asking that my request to bifurcate and terminate marital status be granted,” she said in the filing. The other reason to make this big move could be even more personal — her dating life.

While the pop singer hasn’t talked anyone special in her life right now, she could be open to testing the waters again. Clarkson may not feel right dating if she’s only separated, but if she’s officially single, as recognized by the courts, she doesn’t have to deal with any outside opinions on that matter. She hasn’t been shy about discussing the pain she’s felt during her breakup and currently, isn’t at a place where she can even think about marriage right now. Gwyneth Paltrow, who got remarried in 2018 after her divorce from Chris Martin, sweetly consoled her on The Kelly Clarkson Show, “But you will have it again, Kelly. It just takes time.”

For now, Clarkson would love to have some of the legal proceedings behind her. If she can’t get the divorce wrapped up right now, then let her at least have her single title back.

Before you go, click here to see all the celebrity splits of 2021.