After days of criticism online, and even a letter from the mayor of Kyoto, Kim Kardashian has just announced that she will be changing the name of her Kimono shapewear collection. 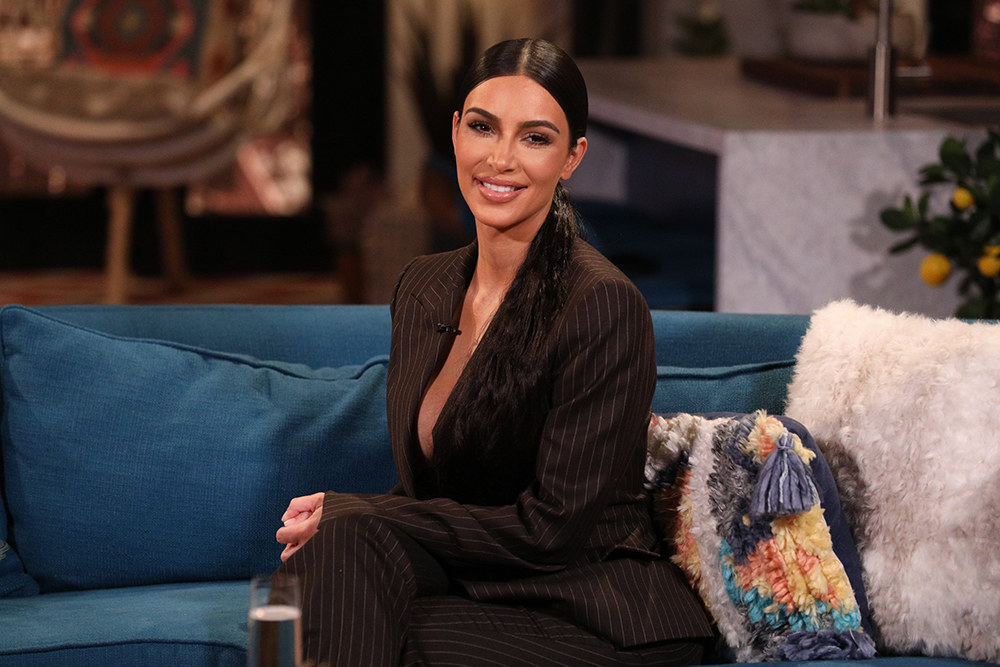 The backlash started last week when Kardashian revealed a new shapewear line which she claimed would be the solution to needing a range of styles and cuts for different outfits. 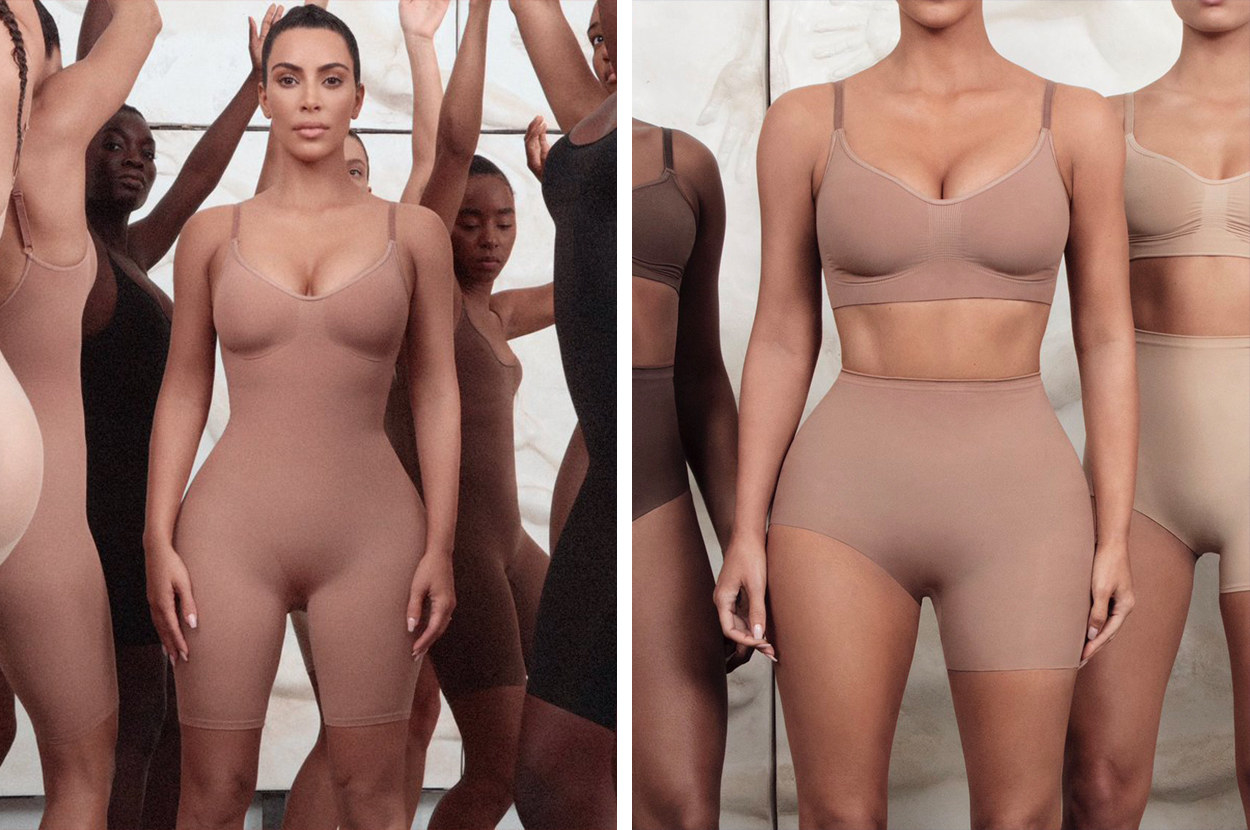 However, the announcement didn’t go down too well as it was revealed that the new business would be called “Kimono”, which just so happens to be a traditional Japanese garment.

The backlash only intensified when it was also reported that Kardashian was also filing to trademark “Kimono” and other variations of the name, such as Kimono World.

Almost immediately, the hashtag #KimOhNo was born, with people posting photos of themselves wearing actual kimonos and slamming Kardashian for being “culturally offensive”.

In response to the backlash, Kardashian doubled down on her decision to name the brand Kimono. In a statement to the New York Times, she said that it was a “nod to the beauty and detail that goes into a garment”, later adding that she had no intention of ever selling anything that would “resemble or dishonor” the traditional item of clothing.

The mayor of Kyoto, Daisaku Kadokawa, also stepped in, penning a letter to Kardashian and asking her to reconsider her decision and extending an invitation for a visit to Kyoto so Kardashian could “experience the essence of Kimono Culture” and understand people’s dismay. 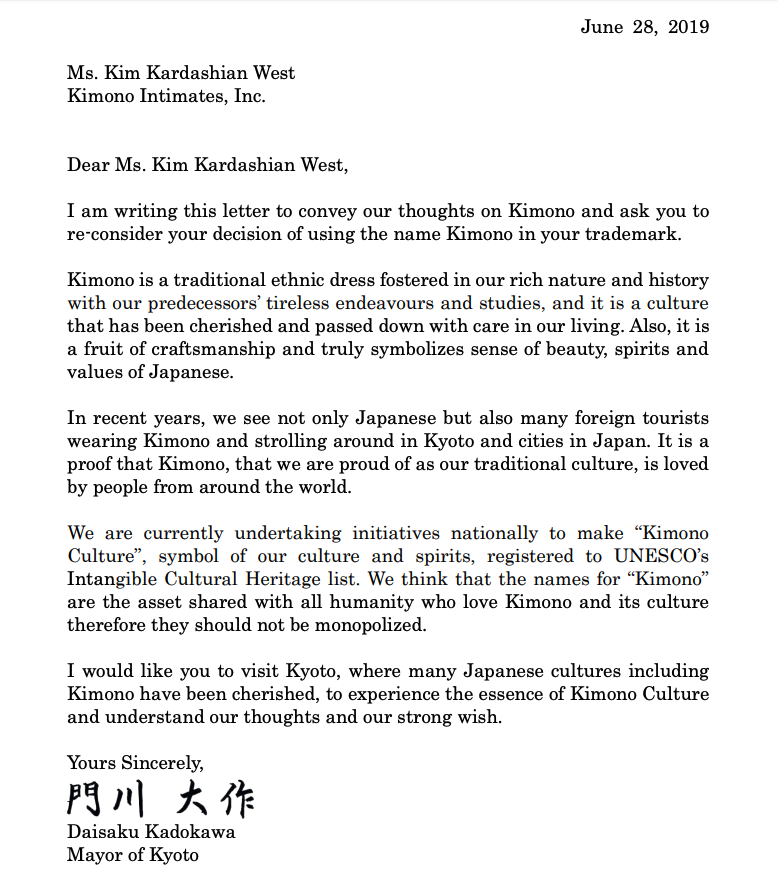 Now, Kardashian seems to have backtracked, announcing on social media that she will be releasing her shapewear collection under a different name.

“I am always listening, learning and growing,” Kardashian wrote. “I so appreciate the passion and varied perspectives that people bring to me.”

Adding that she had the best intentions in mind, Kardashian continued: “My brands and products are built with inclusivity and diversity at their core and after careful thought and consideration, I will be launching my Solutionwear brand under a new name.” 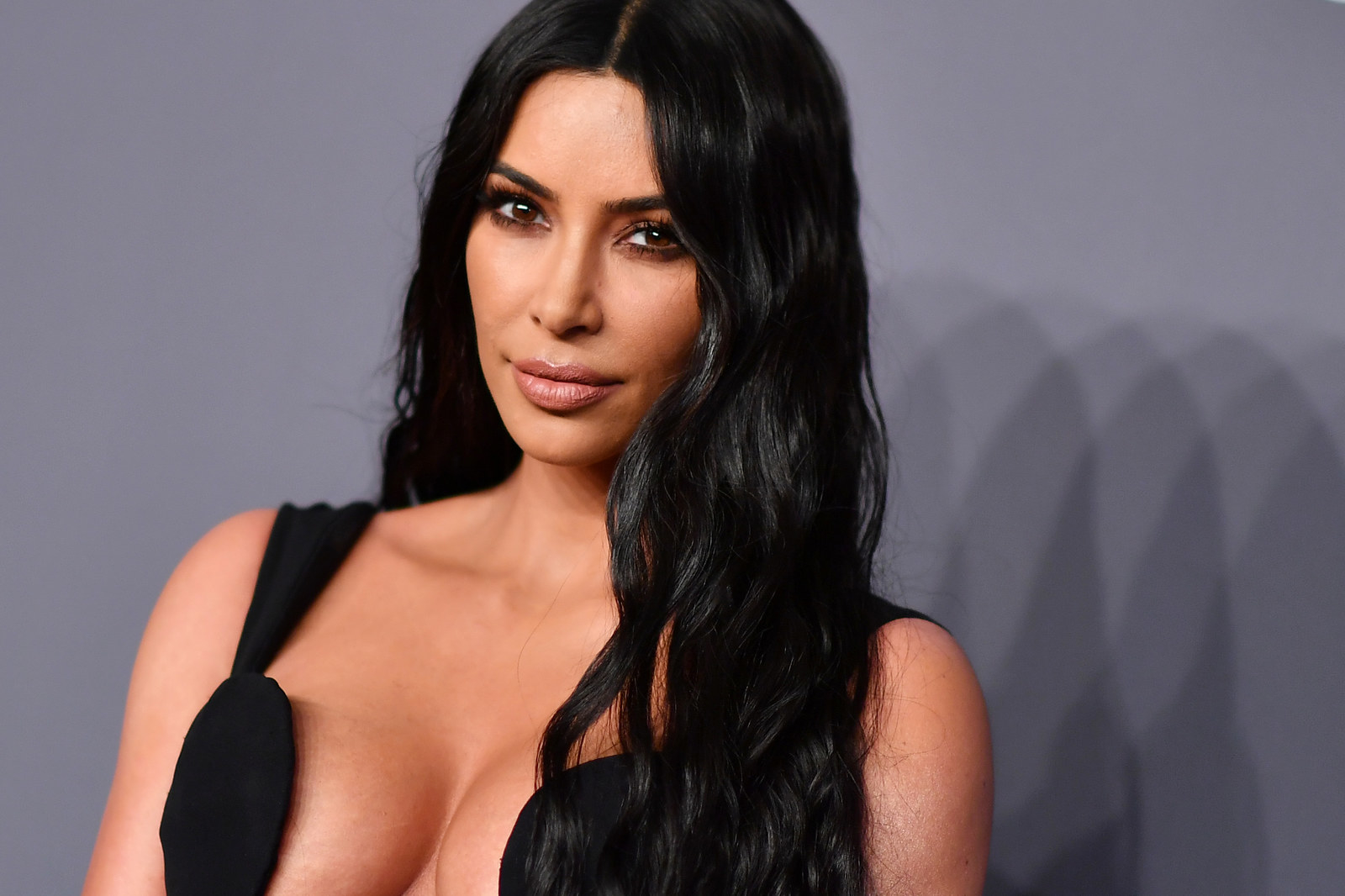 You can read Kardashian’s full statement below:

Being an entrepreneur and my own boss has been one of the most rewarding challenges I’ve been blessed with in my life. What’s made it possible for me after all of these years has been the direct line of communication with my fans and the public. I am always listening, learning and growing – I so appreciate the passion and varied perspectives that people bring to me. When I announced the name of my shapewear line, I did so with the best intentions in mind. My brands and products are built with inclusivity and diversity at their core and after careful thought and consideration, I will be launching my Solutionwear brand under a new name. I will be in touch soon. Thank you for your understanding and support always.

BuzzFeed has reached out to reps of Kardashian for comment.

Ben Henry is a celebrity reporter for BuzzFeed UK and is based in London.