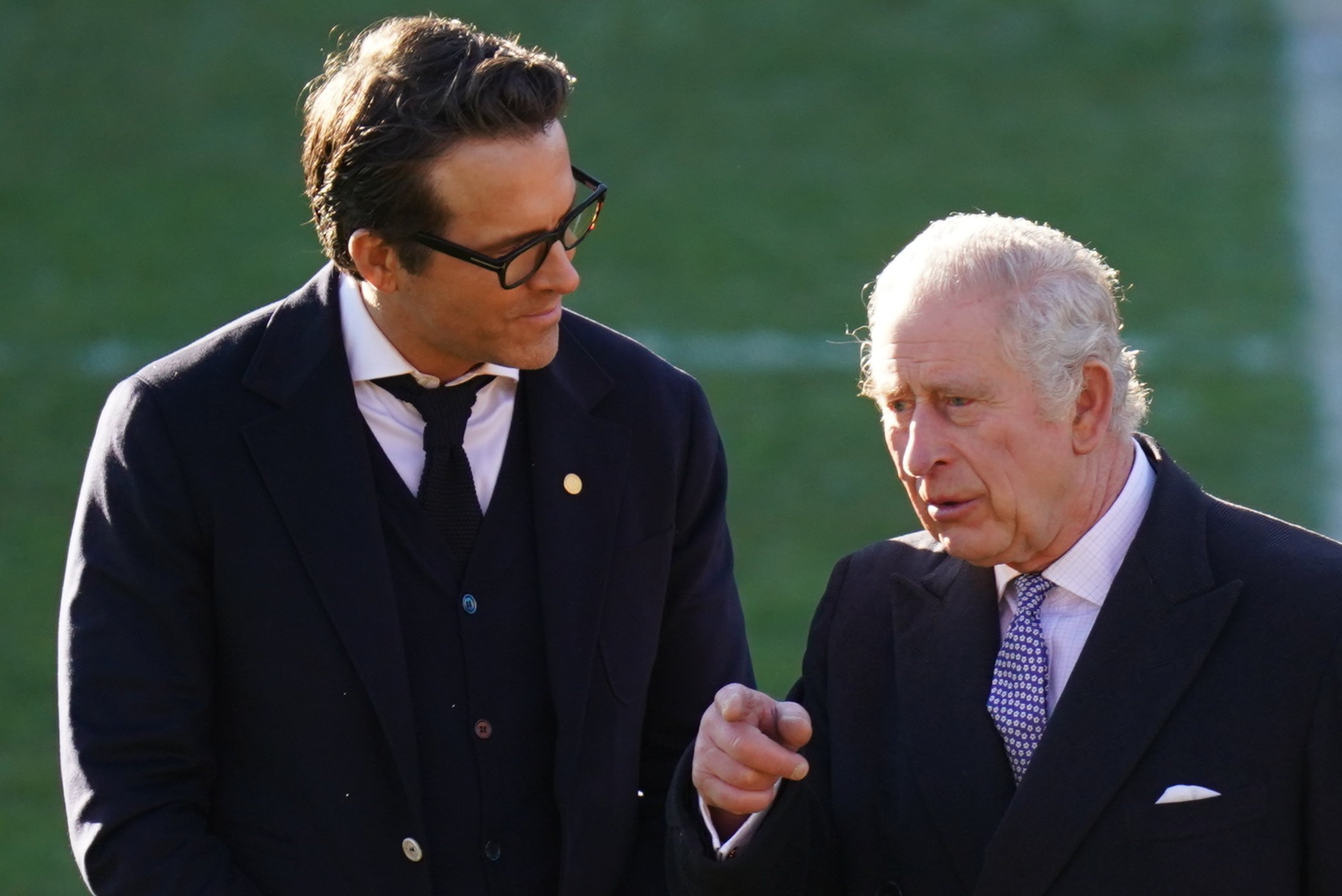 The royals arrived in North Wales to meet the Hollywood stars, and visited Wrexham in celebration of it becoming a city.

Ryan and Rob bought the club from Supporters Trust for £2million and they’ve since been followed by Disney+ cameras to document their quest to take Wrexham global in a new documentary, Welcome To Wrexham, which includes behind the scenes footage and access.

The pair returned to the racehorse ground today where they were joined by the new King and his wife Camilla.

Rob and Ryan were spotted chatting on the side, with Ryan putting his arm around his co-chairman in one picture.

In another, he appeared to be making the King chuckle as they stood side by side posing for pictures.

While on his second visit to Wales since his accession to the throne, the King met with Wrexham players to hear about the redevelopment of the club after Ryan and Rob’s takeover.

Ryan and Rob were recently honoured by the Welsh Government, the Football Association of Wales and S4C for promoting the country and its language, and were given the Dragon Award at a Wales To The World event in New York.

The pair have visited the club several times, and have been spotted with a pretty hands-on approach, despite abuse from fans (although it was later revealed they ‘enjoyed’ the fans’ comments).

Meanwhile Ryan, who is expecting his fourth child with wife Blake Lively, is now exploring buying Canadian National Hockey League side Ottawa Senators but it’s not something he will be able to do on his own.

‘I am trying to [buy the Senators]. It’s very expensive, so I need a partner with really deep pockets,’ he confirmed.

Explaining the plan, he jokingly added: ‘It’s called a consortium, when you form a group together to buy an entity and it’s such a fancy way of saying, “I need a sugar mommy or a sugar daddy”, and if that doesn’t work out, I’ll buy a US senator which anyone can afford.’