It was Britney Spears’ big day, but Madonna didn’t miss the opportunity to kiss the bride at the wedding reception on Thursday night. Husband Sam Asghari didn’t get jealous, though, the women were only recreating their iconic kiss from the 2003 MTV Video Music Awards.

There was something so sweet about the dynamic duo recreating the onstage moment at Spears’ wedding — a total oops-they-did-it-again snapshot for the photo album. (See the photos HERE.) The “Gimme More” singer wore a form-fitting red mini dress with fringe sleeves and her hair pulled back in a messy ponytail. Madonna kept her blonde locks down in soft waves and wore a colorful wrap dress for the event. Both women closed their eyes and puckered up for a smooch, and a second image shows them embracing and posing for the camera. 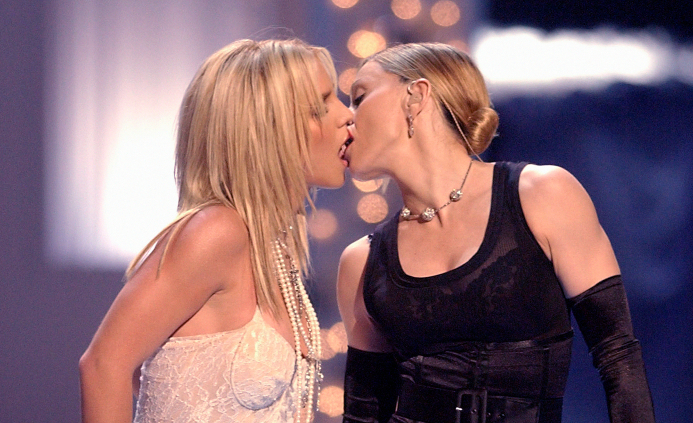 People sometimes forget that Madonna and Spears weren’t the only ones involved in that MTV VMAs kiss — Christina Aguilera was also there with them. Her moment with the Material Girl wasn’t seen by TV audiences because the cameras were too busy getting ex-boyfriend Justin Timberlake’s reaction to the onstage drama. There was so much subtext going on in that one controversial moment, it was pure chaos — and the makings of pop-culture history.

Even though 19 years have gone by since that kiss, it’s lovely to see Madonna celebrating Spears at a moment when she needs the most support. This is another step toward freedom for the 40-year-old pop star with her new husband after 13 years of a conservatorship — and getting the blessing from her 63-year-old mentor is pretty sweet.

Before you go, click here to see some of the most dramatic celebrity transformations of the past decade.