People can’t stop asking Matt Damon about his BFF’s relationship — and, honestly, he’s been handling all of the questions pretty perfectly. The Stillwater star has been making the rounds to promote his controversial film, and with each new interview comes a question about Ben Affleck and Jennifer Lopez. But while chatting with the eponymous hosts of Desus & Mero, Damon made this very apt observation about how different Affleck and Lopez’s romance is this time around. 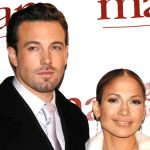 Upon being asked how he feels about answering questions regarding his pal’s love life, Damon admitted that “it’s weird.” The Oscar winner did, however, mention that, more than 15 years after Affleck and Lopez split in 2004, the reaction from the press has actually been a lot better. “I have to say, the press was particularly terrible to them, like, 18 years ago ,” Damon mused.

“What’s nice is that at least they’re being nice this time around. They’re on vacation right now, but he still responded when I hit him up about the Red Sox yesterday…You still have priorities!” Indeed, the press and tabloid reaction to “Bennifer” 2.0 has been very different compared to the scrutiny that plagued the couple in the early aughts. At the time of their romance, which began after the pair co-starred in the film Gigli, the couple was everywhere 24/7.

But that’s been all the two have purposefully shared thus far. Apart from paparazzi photos, Lopez and Affleck have kept the details of their relationship to themselves — which, given their history with the media, is more than understandable. Hopefully, this trend continues as the couple gets more serious and make plans for their future.

Before you go, click here to see celebrity couples who famously broke up and got back together.