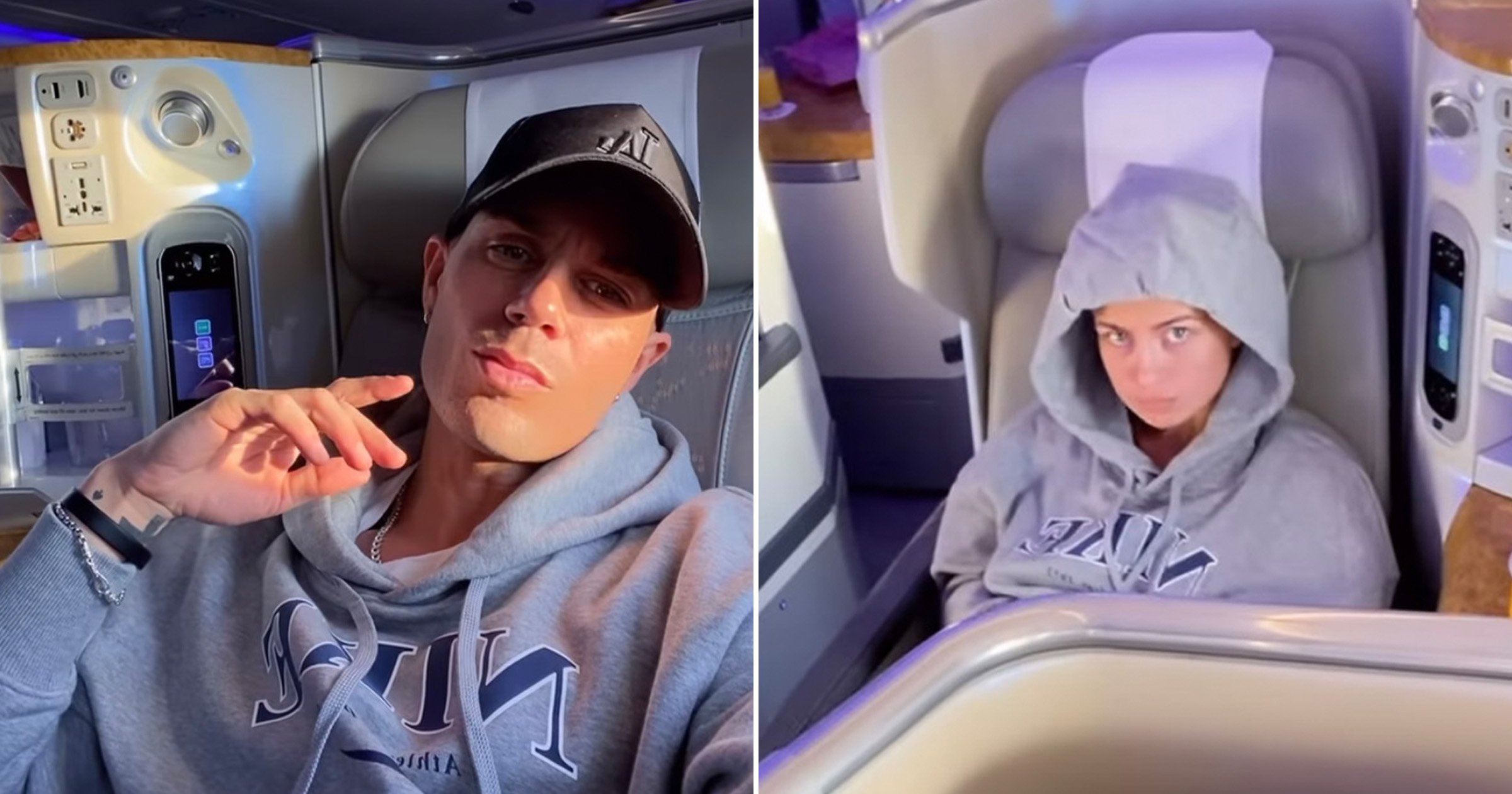 Lovebirds Max George and Maisie Smith appeared to jet away on another holiday together this week, as they were seen relaxing in business class.

The 34-year-old Wanted singer and his 21-year-old actress girlfriend, who met while competing on Strictly Come Dancing together last year – have only just come back from a snowy trip to Lapland.

However, the duo was travelling once more on Wednesday – and in matching hoodies, no less.

Max posted a clip to his Instagram  Story, posing with his chin resting on the fingers of one hand as he sat in the business class cabin in his seat, wearing a black baseball cap and grey hoodie.

‘I’ll give you a clue who’s coming away with me…’ he captioned the video, before panning back to reveal Maisie sat in the seat behind him, with her hood up.

The performer – who is currently on tour with a stage production of Strictly Ballroom – appeared to pull a surprised face, as she looked up from messaging on her phone before Max brought the camera back to himself.

It’s not yet known where Max and Maisie were heading, but it marks what is potentially their fifth holiday together in less than five months.

Earlier in December, they enjoyed the winter wonderland of Lapland, Finland, frolicking in the snow together as well as posing for steamy photos in an outdoor hot tub.

The couple jetted off together to Cyprus in October, marking the occasion with a clip of them kissing and Max declaring: ‘And we’re off again!’

In August, the pair’s romance was first revealed after they were snapped kissing on a flight to Crete, while Max reportedly flew out to Portugal to holiday with Maisie and mutual pals in July.

Having come under fire for their 13-year age gap, the pair have slammed concerns it was too much of a difference during their first interview as an item.

The soap star told Hello! magazine: ‘People ask me, “Do you notice it?” and I never have.

Her partner, who has already celebrated their relationship with a tattoo, responded: ‘It never enters my mind. Maisie has already done so many things that I’m in awe of – I look up to her.’