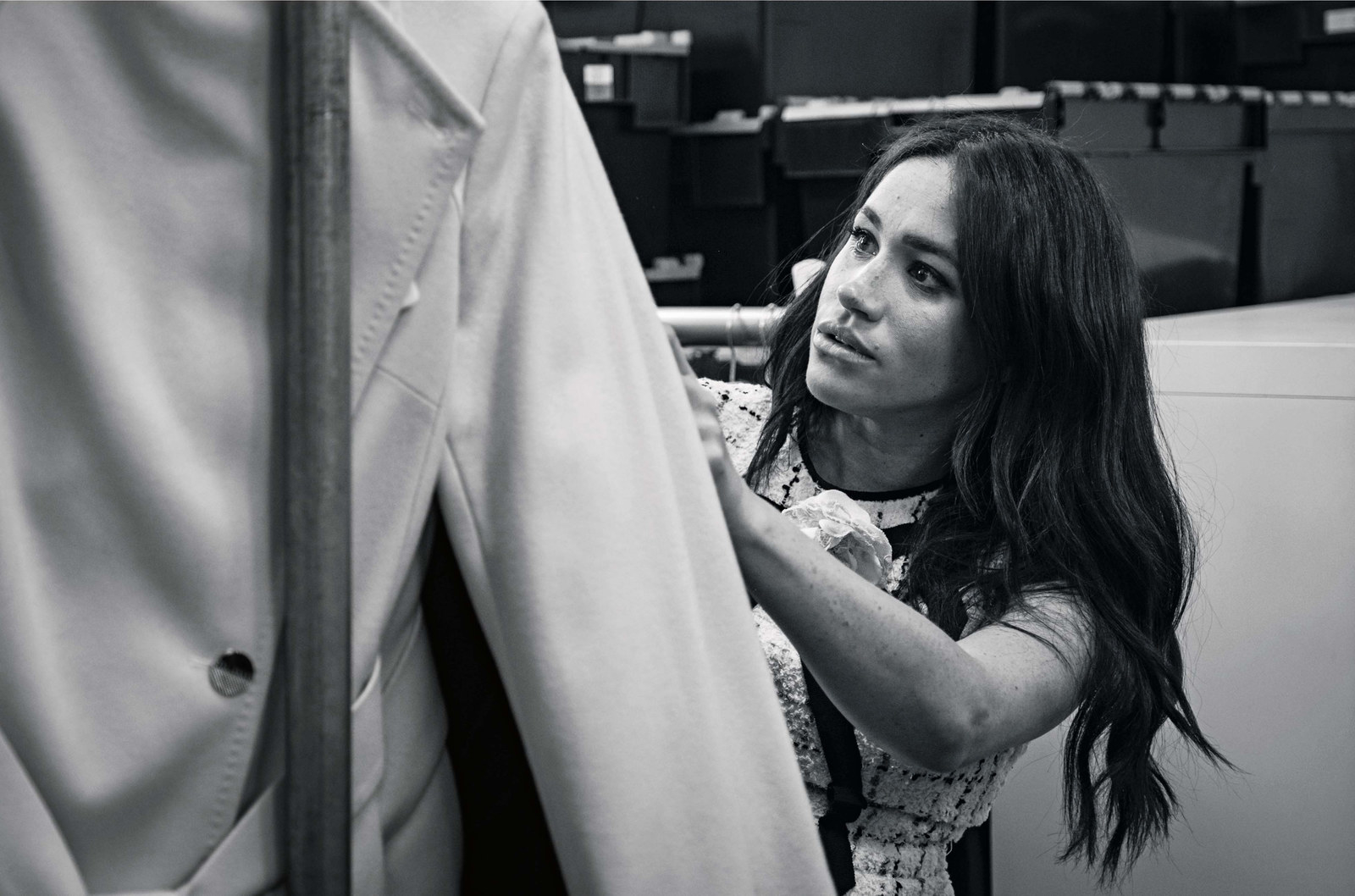 The September issue of British Vogue, guest-edited by Meghan, Duchess of Sussex (aka Meghan Markle) hit newsstands on Friday, capping a week of relentless criticism from the British media that a member of the royal family would do such a thing.

Meghan was being “uppity,” she was endorsing controversial “transgenderism,” she was being “idiotic,” columnists said in the week leading up to publication — even though a source told BuzzFeed News that a number of Meghan’s critics only reached out Condé Nast to obtain an advance copy of the magazine for review after their hot takes had been published.

Omid Scobie, royal contributor for ABC News and correspondent for Harper’s Bazaar, told BuzzFeed News that Meghan — the first black American woman with no royal pedigree to marry into the House of Windsor — has been otherized from the start.

“We started this journey almost three years ago with appalling coverage calling her ‘Straight out of Compton,’ digs at her mother’s appearance, and then the commentary moved on to Meghan being ‘difficult,’ ‘demanding,’ too vocal, too much everything,” Scobie, who has been covering the royals since 2011, said.

“The issues [highlighted in the magazine] that have been deemed by some as ‘too political’ for a member of the Royal Family to take on have nothing to do with politics — they’re about basic human rights and respecting mankind,” he added.

“Since day one,” Scobie said, “we’ve seen Meghan criticized for things that other royals have been celebrated for.”

Royal reporters and commentators have fiercely denied that Meghan’s race has anything to do with how they write about her.

But Canadian journalist Elaine Lui, the founder and editor-in-chief of the popular website, Lainey Gossip, told BuzzFeed News in an interview Thursday there are definite racial “undertone[s] in Meghan’s coverage.”

News of Meghan’s involvement in the issue, as well as the magazine’s cover, was announced on the official Instagram account of Meghan and her husband, Harry, Duke of Sussex (aka Prince Harry) on Sunday night. The caption teased the magazine’s content (at this point, still unpublished) that included Meghan’s interview of former First Lady Michelle Obama.

The issue, titled “Forces for Change,” features 15 advocates on its cover, including climate change activist Greta Thunberg; Sinéad Burke, an advocate for the inclusion of people with disabilities in the fashion industry; actors Gemma Chan and Jameela Jamil, who have pushed for diversity and body acceptance in the entertainment industry; and New Zealand prime minister Jacinda Ardern. Adern in 2018 became the first world leader to give birth while in office in three decades and garnered worldwide praise for her response to the horrific Christchurch mosque shootings in March. 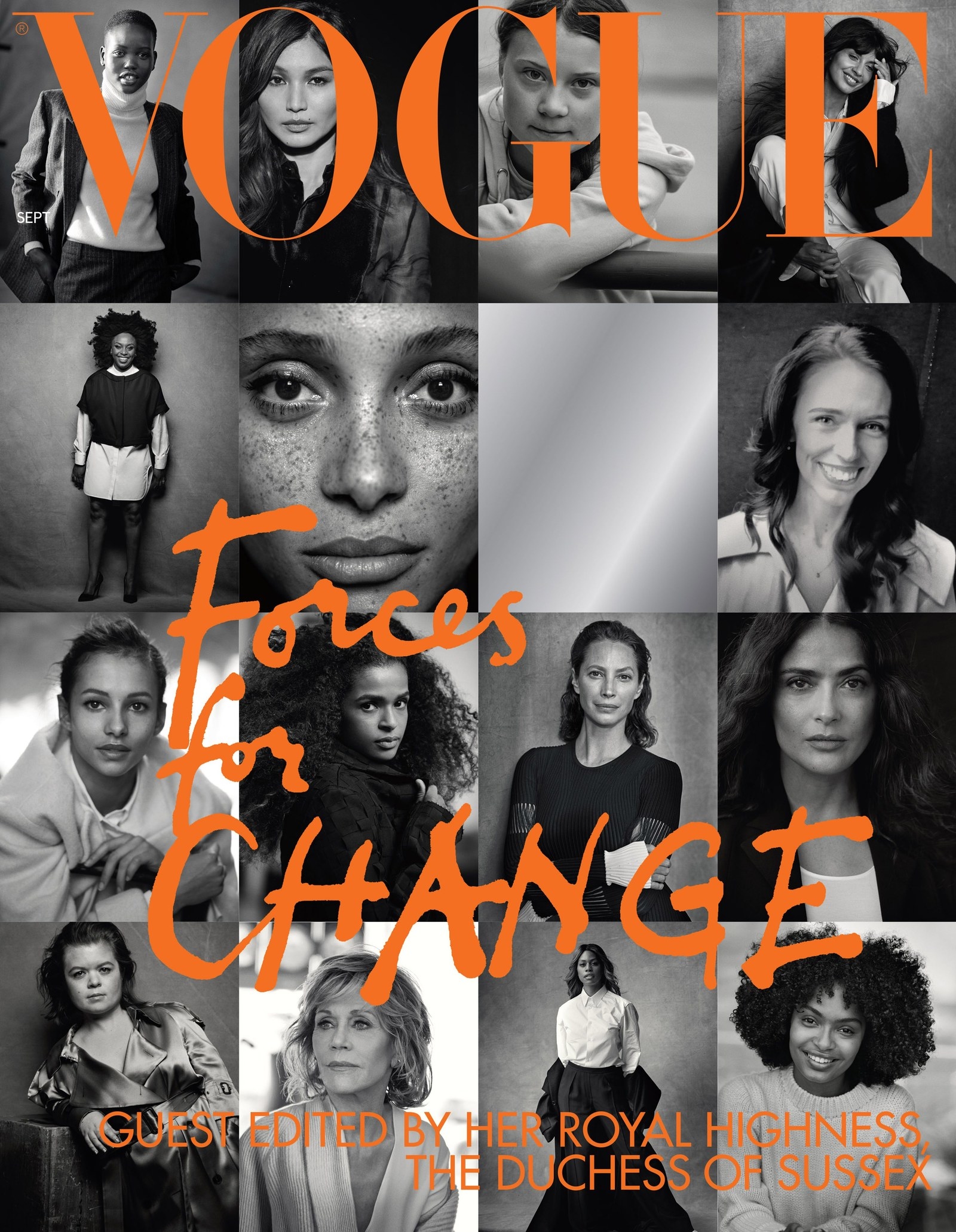 Hours after the announcement, the outrage began.

“Me-Me-Meghan Markle’s shamelessly hypocritical super-woke Vogue stunt proves she cares more about promoting herself than the Royal Family or Britain,” Daily Mail columnist Piers Morgan wrote Monday. (When asked about why Morgan was going in on Meghan, he told BuzzFeed News, “The fact you are suggesting my critique of Meghan Markle is racist..is itself racist.”)

And it wasn’t just the tabloid media.

The Times commentator Melanie Phillips attacked Meghan for choosing to highlight individuals “associated with causes that are deeply divisive,” among them African-American actor Laverne Cox.

Cox, according to Phillips, was “included because she is a transgender advocate; transgenderism is bitterly controversial, with claims that it is causing children permanent harm.” 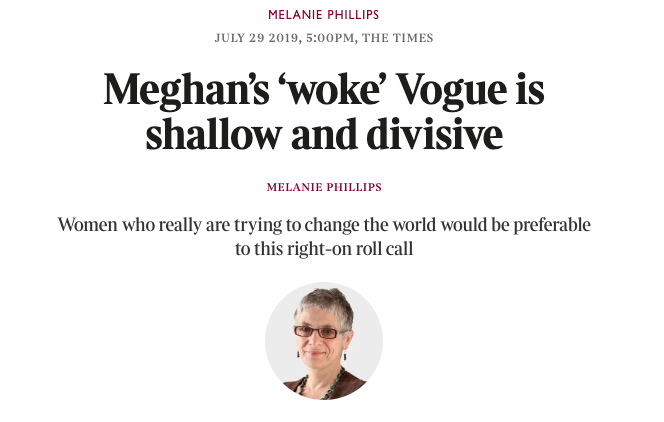 On an episode of the ITV show “Lorraine,” on Monday morning, reporter Dan Wootton called Meghan’s decision to guest-edit the prestigious fashion magazine “idiotic,” in a heated rant.

“The Queen will think this is an absolutely idiotic, ridiculous decision as do I,” he said.

The thing is — this isn’t the first, or even the second time that a member of the British royal family has guest-edited a magazine or an entertainment program.

Prince Charles, Prince Harry, and Catherine, Duchess of Cambridge (aka Kate Middleton) have all collaborated with different media organizations in this way over the past six years.

It’s not even the first time that the royals have worked with British Vogue — Princess Anne has been featured on the magazine’s cover three times. Princess Diana appeared on the cover four times, including once before her marriage to Prince Charles. And Kate Middleton appeared on the cover of British Vogue’s June 2016 issue, and in a 10-page photo spread within its pages, to mark the magazine’s 100th anniversary.

For royals and celebrities alike, guest-editing is a slam-dunk PR opportunity — you’re given an established and familiar-to-the-public platform to highlight causes and charities that are important to you. You have control over everything, and thus complete control over your image. What could be easier?

And it has been an easy and successful PR coup, one garnering near-universal praise, for every member of the royal family who’s guest-edited — except Meghan. 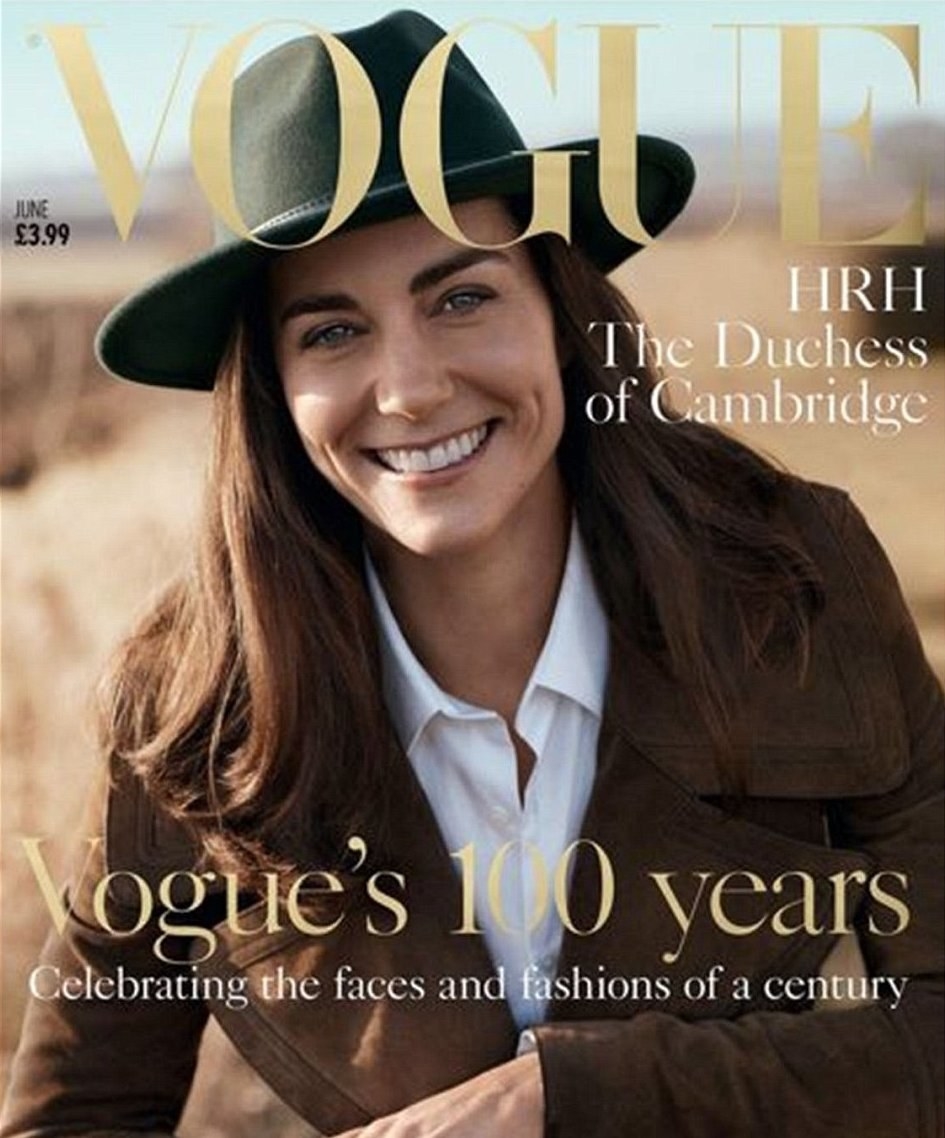 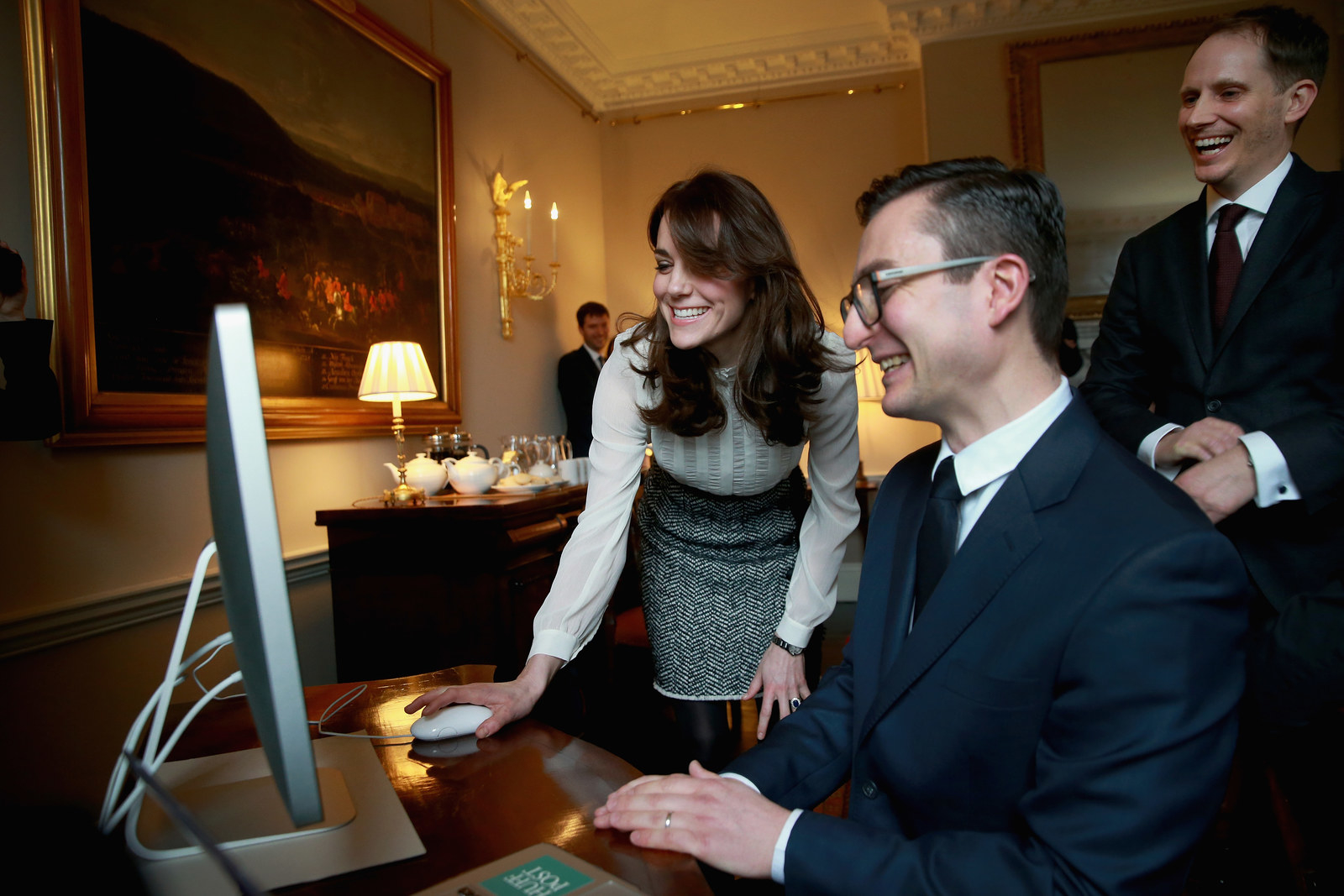 Her sister-in-law Kate was applauded when she took the helm of Huffington Post UK for a day in February 2016 to highlight children’s mental health. Like Meghan, she worked with reporters and editors, commissioning stories and columns — one of which was written by then-First Lady Michelle Obama — about mental health issues. She also wrote a personal letter about her collaboration with the media outlet and the motivation behind it. 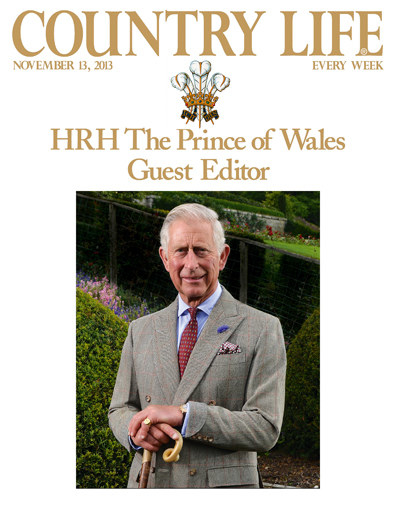 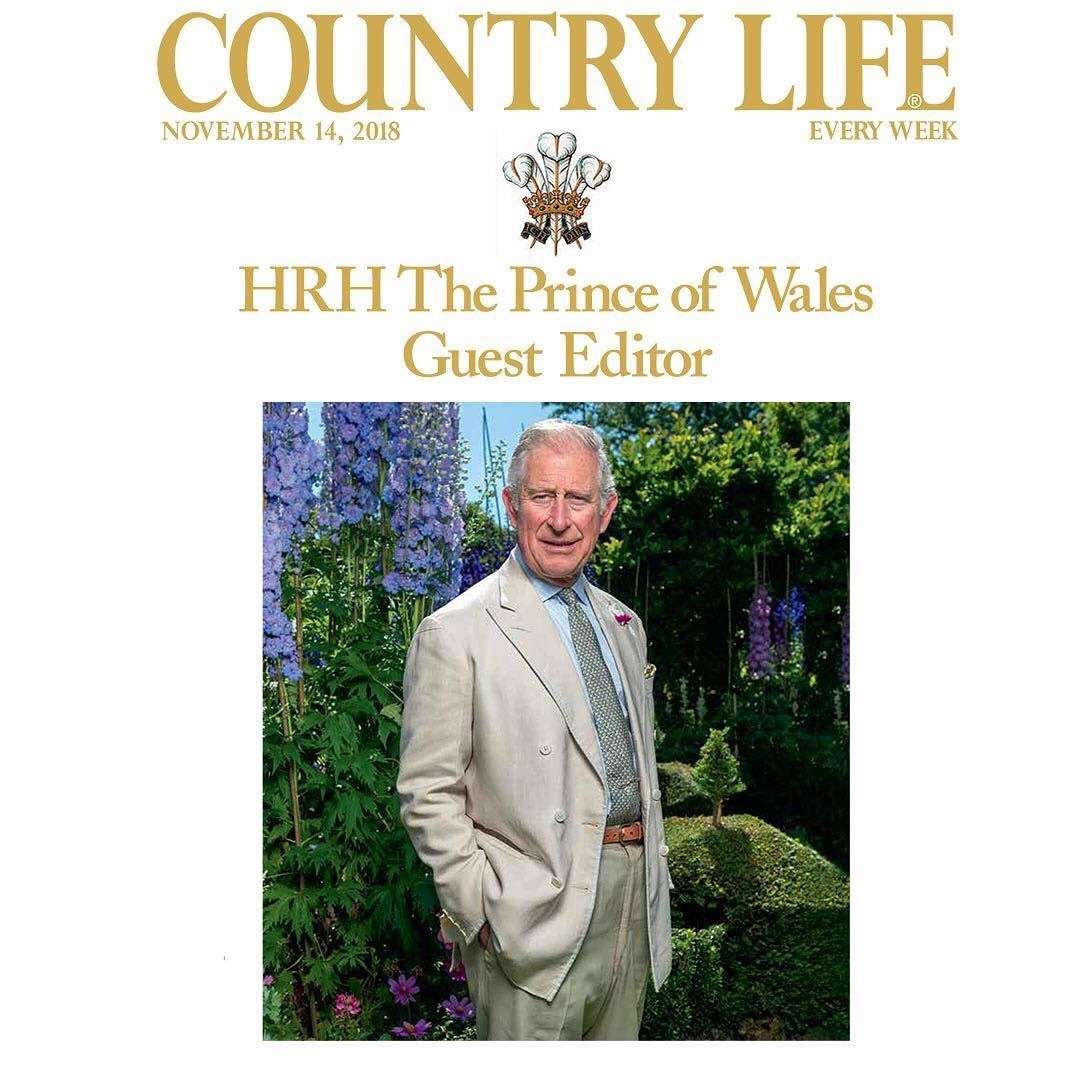 Prince Charles has guest-edited the magazine Country Life twice, in November 2013 and November 2018, and each time he did not shy away from so-called “political topics” that he has been passionate and outspoken about for years, such as climate change and sustainable agriculture. When he guest-edited the magazine again in 2018, to mark his 70th birthday, he wrote a nearly-2000-word letter calling for widespread efforts to preserve the British countryside.

“It really is him doing it,” the magazine’s managing and features editor said. “It comes from his heart and shows what a passionate champion of the countryside he is.” 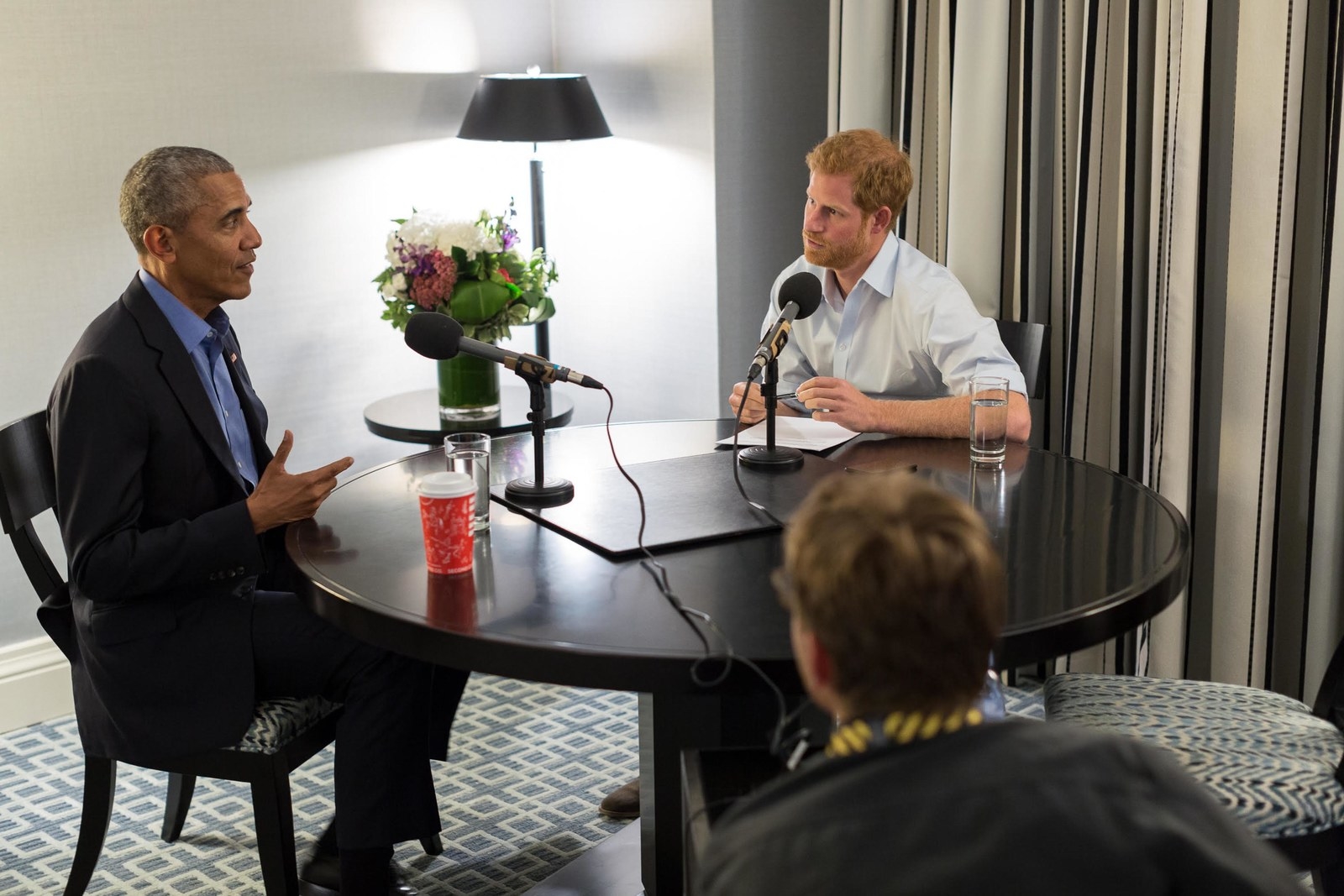 He also interviewed former president Barack Obama — the first interview he’d given since leaving office — and his father. Both interviews made international news.

The prince garnered widespread praise across all of UK media for his guest-editing stint. “He is on the way to establishing himself as the official interpreter of an ancient, archaic institution to the generations that are already distant in both time and culture from the world that sustains his grandmother,” the Guardian staff opined in an editorial.

“Part of my role and part of my job is to shine a spotlight on issues that need that spotlight, whether it is people, whether it’s causes, issues, whatever it is,” Harry said on his programming choices. 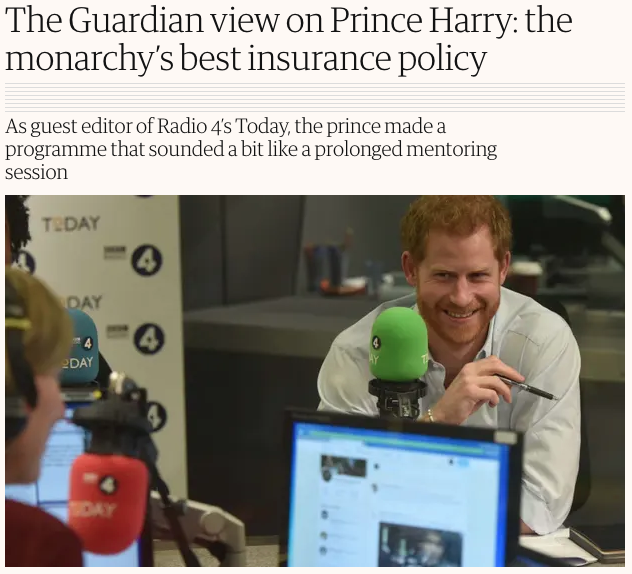 Now, nearly two years later, Harry’s wife is under fire for applying that same philosophy to her guest-editing of British Vogue. 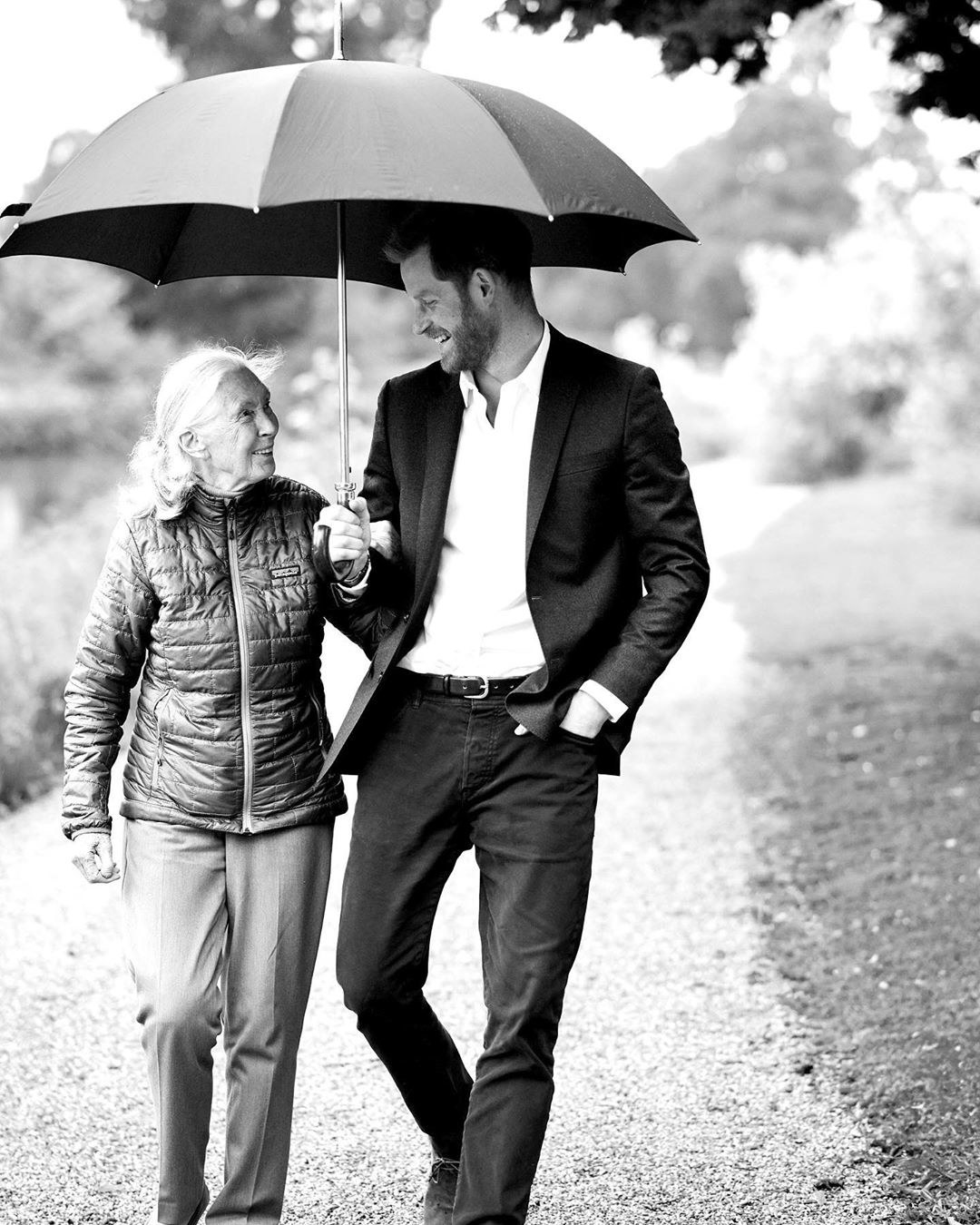 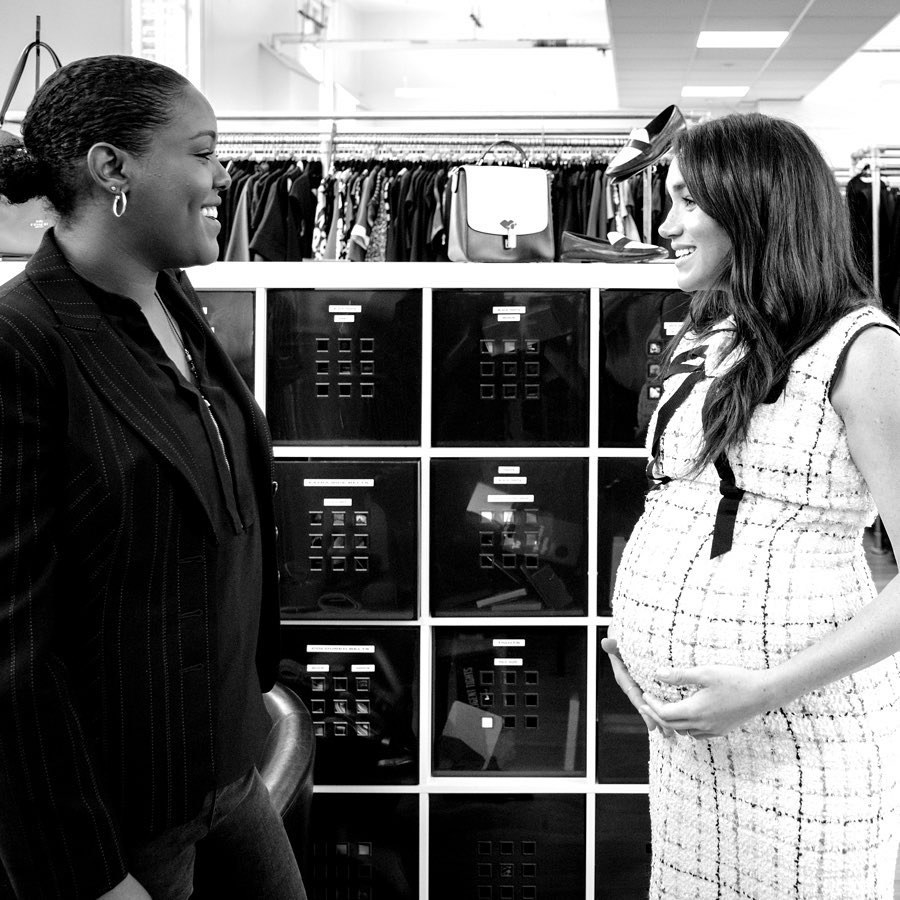 In the week between the announcement and the magazine hitting stands, the Sussex and British Vogue PR teams released segments from the issue to ramp up anticipation.

On Monday, it was Meghan’s interview with Michelle Obama. Tuesday’s release was Harry’s interview with Dr Jane Goodall, during which they had a — rather timely — discussion about racism and unconscious bias. On Wednesday, the royal couple’s official Instagram account announced that Meghan would be teaming up with designers to release a fashion collection in the fall to benefit the charity Smart Works, which helps disadvantaged women re-enter the workforce by, among other things, providing them with business-wear. The Instagram announcement featured pictures of Meghan at the charity from the British Vogue September issue and teased a longer piece about the fashion line and Smart Works in the magazine.

As each new feature from the magazine was released, people found new reasons to criticize Meghan — and Harry, since he had authored a piece for the issue. 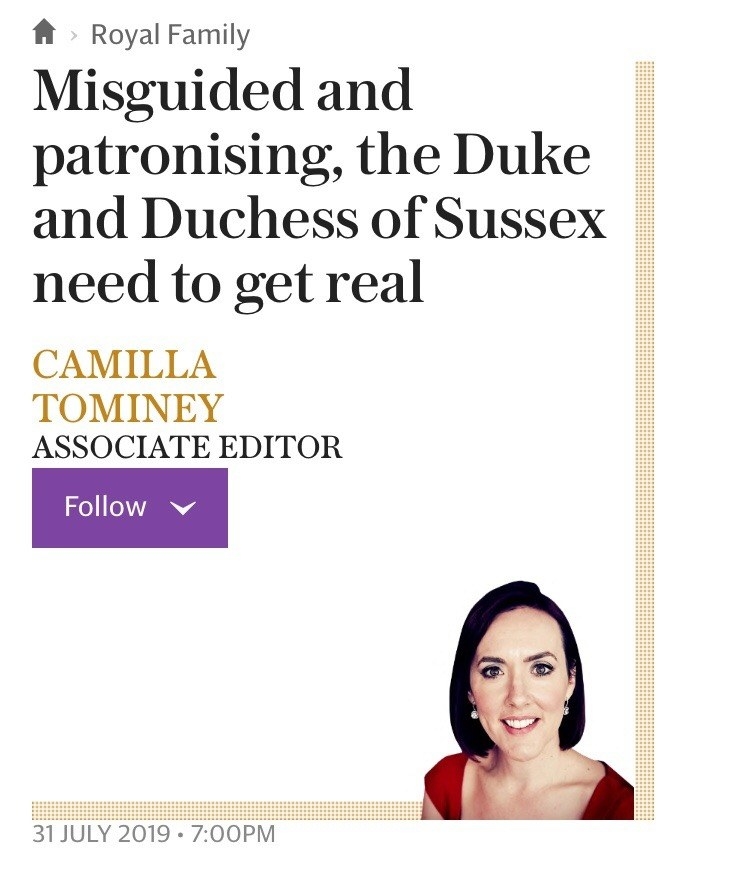 “I wonder whether Meghan was conscious of the bias she showed in choosing 15 ‘forces for change’ for the Vogue cover, all of whom were women, of which only two were white?” Telegraph associate editor and royal reporter Camilla Tominey wrote Wednesday. “If I was pale, male and stale, I’d be feeling pretty discriminated against right now.”

Scobie, the royal contributor for ABC News and Harper’s Bazaar, said, “Quite honestly, I’ve never seen so many educated and supposedly mature individuals get so wound up about a fashion magazine before.”

“Only this week she was called ‘uppity’ by an anchor on a British morning TV show,” he said. “Little has changed, including the denial by many that race never has anything to do with this.”

The royal reporter was referencing ITV television presenter Eamonn Holmes, who referred to Meghan as “uppity” during a segment about the uproar over her guest-editing gig on Wednesday.

Lui, who was on the show when Holmes made the remark, later wrote that her mind went blank at Holmes’ use of such a loaded word.

“The implication here is that when a black person is being ‘uppity’ it means they don’t know their place, that there is a limit to how high their place should be,” Lui wrote.

Holmes’s use of the phrase sparked outrage on Twitter, and he declined to apologize.

Both Lui and Scobie called out the differences in the way that Meghan is written about in the press, most recently in a tweet Tuesday directed at the Daily Mail.

“The subtext to that headline is ‘not you, you don’t belong,’” Lui said. “When you tell someone they don’t belong, it means they should go away. As a person of color, you see the subtext. It doesn’t have to be blatant. Almost every person of color has been told ‘go back to where you came from.'”

Even a seemingly innocuous remark from the editor-in-chief of British Vogue, Edward Enninful, that Meghan thought it would be “too boastful” to put herself on a cover of an issue about forces for change, has been construed by some as an insult to her sister-in-law.

“I don’t know how she can win,” Lui said. “If she’d put herself on the cover, they’d have criticized her for being vain; she doesn’t and they criticize her for not putting the queen on the cover.”

And, as the issue hit stands in the UK today, at least one tabloid found something new to criticize.