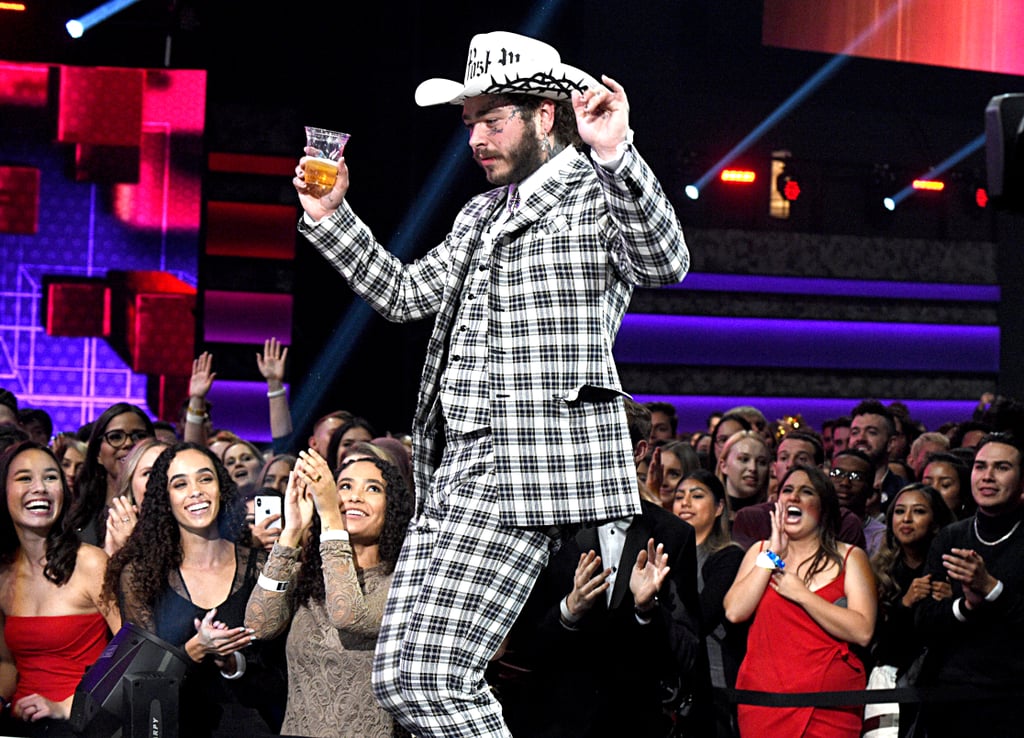 Let’s go girls! It was a star-studded night at the 2019 American Music Awards, but we promise you, no one had as much fun as Post Malone. While the talented 24-year-old artist took home the trophy for favorite rap/hip-hop album for Hollywood’s Bleeding, and also performed with Ozzy Osbourne, Travis Scott, and Andrew Watt, it wasn’t until Shania Twain took the stage that his smile truly lit up. Twain closed out the show with a medley of her greatest hits as well as some of this year’s most popular songs, and the audience was on their feet. But Malone went “totally crazy” when she started singing “Man! I Feel Like a Woman!” and fans could not get enough of it.

Malone sang along to every word of her songs and refused to let go of his beer the entire time. The best part is, Twain replied to a video of his energetic reaction on Twitter. “Awesome! I’m so glad I got to see this! @PostMalone’s got moves,” she wrote with a bunch of flame emoji. Check out the incredible videos ahead, and make sure to check out all the best pictures from the American Music Awards here.