Orlando Bloom is catching a bit of heat this week for voicing the less-than-flattering caricature of Prince Harry in HBO Max’s The Prince, an animated series spoofing the royal family. It’s one thing to make fun of a fellow Brit, but what about the fact that he’s also your neighbor? Those Montecito, California block parties are going to be a bit awkward this summer. 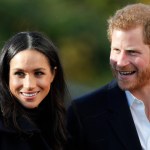 The series is already available on the streaming network, but it’s the trailer that had everyone up in arms. A clip of the Prince Harry cartoon has him questioning his new digs as a private citizen.

“This might be the smallest palace I’ve ever been in,” Bloom says as the Duke of Sussex.

“Yes, an apartment palace, I know that. Lots of tiny palaces inside one big palace,” he responds. Ah, life is a little bit different on the other side palace walls. We kid because we know that Harry and Meghan still live a pretty privileged life ninety minutes outside of Los Angeles — and that’s how Bloom hopes his friendly neighbor sees it.

The Carnival Row star admitted he was hesitant to take on the role at first. “I’ve always understood it as part of my heritage and background, and I’m not someone who wants to poke fun at anyone normally,” he told The Hollywood Reporter in 2020. “But this was so clever, witty and affectionately done.” It was partner Katy Perry who finally convinced him to take the voice-over job. “Katy was like, ‘You’ve got to do this. This is genius,’” he explained.

Bloom went off to voice the character, but he hadn’t met Prince Harry at the time. He has now and discovered that “he’s such a nice guy and he’s got a great sense of humor.” It doesn’t look like Bloom is shying away from the project as he shared a graphic from the show on his Instagram page with the caption, “They say, ‘Imitation is the sincerest form of flattery.’ As a fan of ‘The Firm’ please enjoy this right, royal send-up made with ❤️ Catch #ThePrince on @hbomax now!”

Let’s hope the Duke of Sussex sees it that way — especially since they live in a very small town with no place to hide.