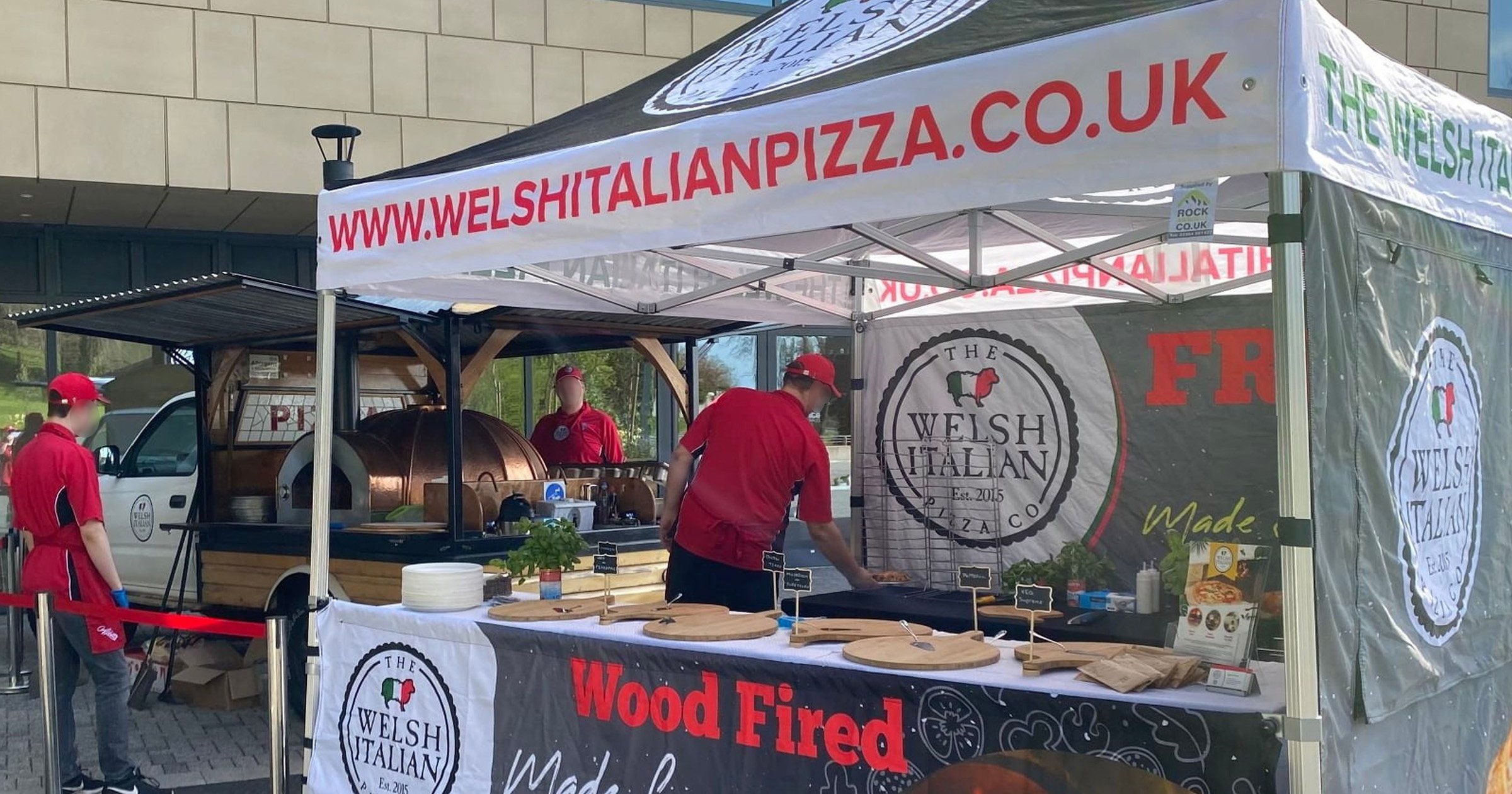 If you were a little green man from outer space, what kind of pizza would you make?

Maybe with some dustings of moon rock as parmesan, and interstellar bacteria mixed into the tomato paste.

We’re sure your space pizza would be delicious. Molto bene with maybe some molten rock to spice things up.

But maybe some aliens would not be as conscientious in their flavour pairings.

In that case, you might find yourself with… well sh*t alian pizza.

(Some aliens might struggle to spell as well as cook).

That’s the kind of thing conjured up by a business from South Wales who sell street food under the name Welsh Italian Pizza.

People getting a snack at a wedding fair hosted at the International Convention Centre in Newport last month were surprised to see their stall due to its unusual advert.

Their gazebo displayed their website at the top, laying it out so that the URL http://www.welshitalianpizza.co.uk appeared to read ‘wel sht alian pizza’.

People shared photos online finding the whole thing hilarious, saying it reminded them of the infamous double-entendre hashtag #susanalbumparty. The campaign was used in 2012 to promote Susan Boyle’s new album, and not something that could be quite quite different.

Some shared images of aliens eating pizza to mock the blunder.

Tech entrepreneur Adrian Wright shared the snap on LinkedIn with the caption: ‘Possibly the worst domain name URL I have seen.

But a Welsh Italian Pizza spokesperson took it in good humour.

They said they hadn’t planned for the website blunder, as they usually use colours or camel case (starting each new word with a single capitalised letter so they can be distinguished if there are no spaces between them).

They said: ‘It wasn’t originally planned like this as we do use camel case and colours to separate in most of our marketing.

‘But for the gazebo, which is mainly aimed at street food events and festivals, we thought it would be a fun thing to do.’

For more stories like this, check our news page.