Since Quentin Tarantino world premiered his latest movie, “Once Upon a Time… in Hollywood,” at the Cannes Film Festival in May, many have wondered whether the auteur would mess around with the movie in the weeks before its theatrical release by Sony on July 26.

According to the studio’s chairman, Tom Rothman, he did.

“There’s an end credit sequence now,”Rotham revealed to Business Insider. “That wasn’t in Cannes. So stick around after the credits. And there’s one tiny section added, a visual effects sequence that wasn’t finished in time for Cannes. So the run time is maybe a minute or something longer. But it basically is the same movie that was at Cannes.”

Business Insider has seen the movie, but we’re not going to spoil it for you. A more detailed post on the two things Rotham is describing will come after the movie opens. 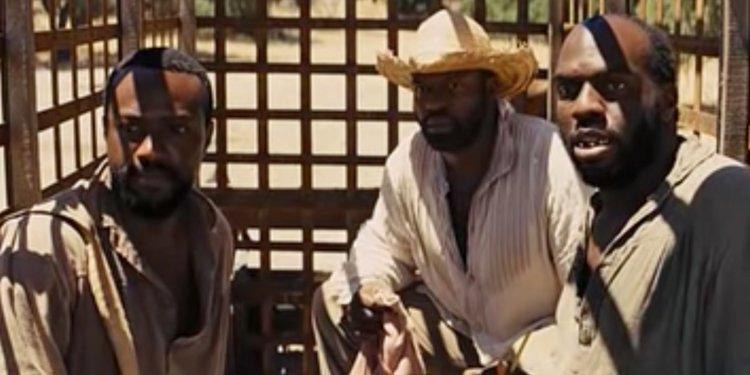 The last time Quentin Tarantino put a scene after the end credits of one of his movies was 2012’s “Django Unchained.”The Weinstein CompanyBut what’s fascinating to point out here about Rothman’s insight is that Tarantino has added an end credit scene. It’s not something the Oscar winner has done often. The last time was for 2012’s “Django Unchained,” where a quick line is delivered by one of the slaves Django frees earlier in the movie. Previous to that, flashes of actress screen tests and bloopers appear throughout the end credits of the 2007 standalone release of “Death Proof” (not the segment in “Grindhouse”).

For a movie like “Once Upon a Time… in Hollywood,” which stars Leonardo DiCaprio, Brad Pitt, and Margot Robbie, the end credit scene is a nice touch. The tone it has is perfect for a movie that is darkly comedic and celebrates a time long forgotten.

See for yourself when the movie opens on July 26.