Attack of the Bird
In addition to birds invading the RHOC season 7 reunion set, Tamra Judge also delivered her now-classic line, “You are psychotic Jesus Jugs,” referring to Alexis Bellino. Three years later — after Tamra got baptized — Alexis fired back at her former costar in an email to Cohen, which he read at the season 10 reunion, accusing Tamra of making a mockery of Christianity.

Kelly Walks Off
While discussing the aftermath of their trip to the Virgin Islands (aka Scary Island) at The Real Housewives of New York City season 3 reunion, Kelly Bensimon stormed off the stage after Bethenny Frankel accused her of being crazy.

“It’s like talking to Humpty Dumpty!” Bethenny screamed at the time. 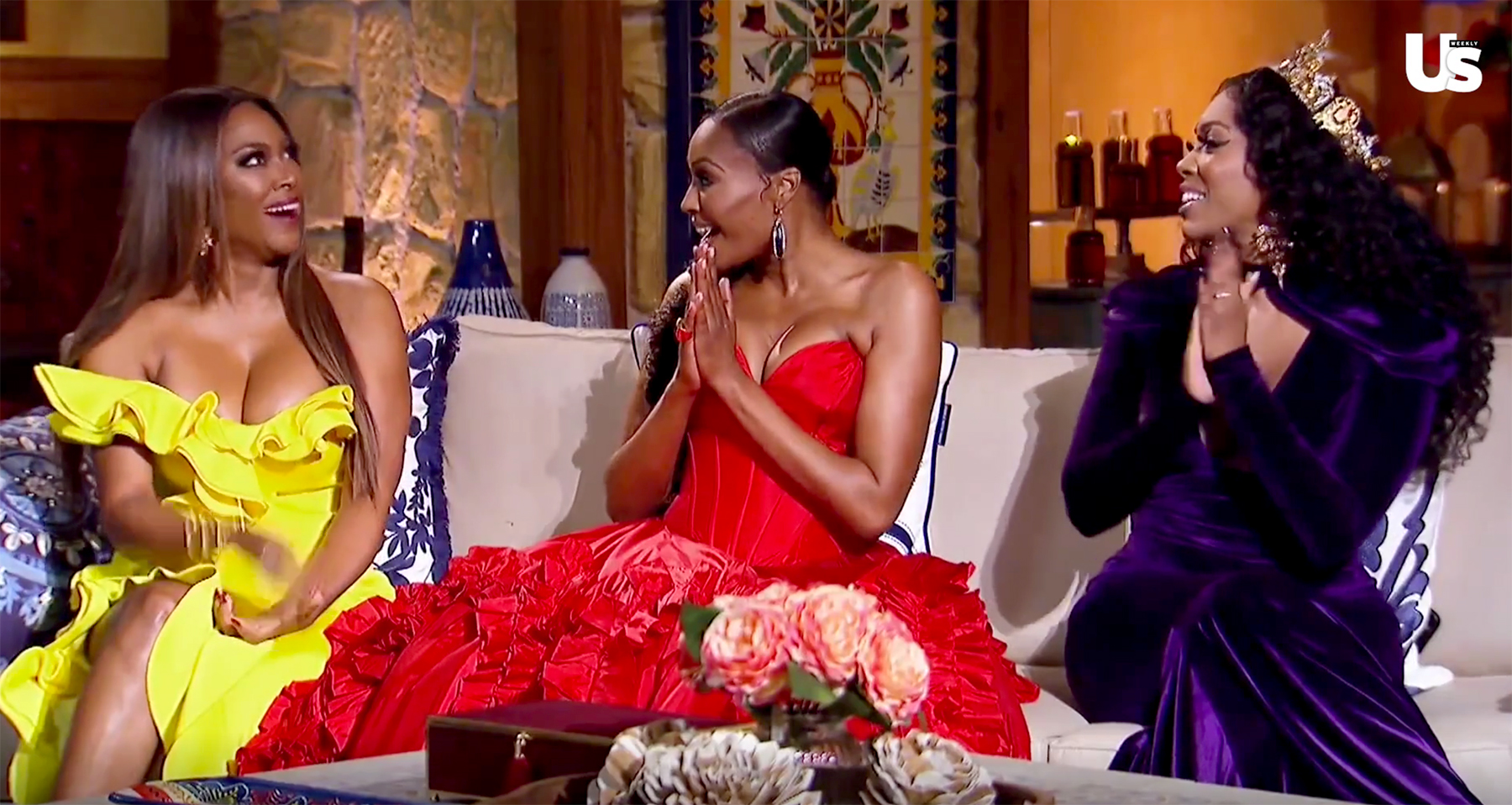 Close Your Legs to Married Men
Kim Zolciak and NeNe Leakes’ relationship hit its first bump during season 1 of The Real Housewives of Atlanta after NeNe disapproved of Kim’s then-boyfriend “Big Poppa,” who was allegedly married.

“Close your legs to married men,” NeNe said repeatedly to Kim during the season 1 reunion. “You heard it!”

Teresa Takes on Danielle (and Andy)
After Danielle Staub accused Teresa of not acknowledging her “nephew,” seemingly referring to her brother Joe Gorga and Melissa Gorga’s then-newborn son, Teresa stood up and went after Danielle during the season 2 RHONJ reunion.

“Do not break up my family!” she yelled before accidentally shoving Cohen. The host tweeted that Teresa was “strong” after the 2010 incident.

Porsha Vs. Kenya
Porsha Williams and Kenya Moore went at it during the season 6 RHOA reunion after Kenya accused Porsha of cheating on her ex-husband Kordell Stewart. After the two women both accused each other of being sluts, Porsha pulled Kenya’s hair and the pair began physically fighting. The aftermath of the fight left Porsha is tears and Kenya demanding that her costar be fired.

Andy’s in the Dog House
Cohen found himself in the middle of the Real Housewives of Beverly Hills season 5 reunion after he compared Brandi Glanville to a dog during her fight with Lisa Vanderpump.

“Forgive the comparison, but it’s almost like you’re playing with your dog and all of the sudden, your dog bites you by mistake,” the Real Housewives producer said before Glanville replied, “F—k you.”

Watch the video above for even more classic reunion scenes!