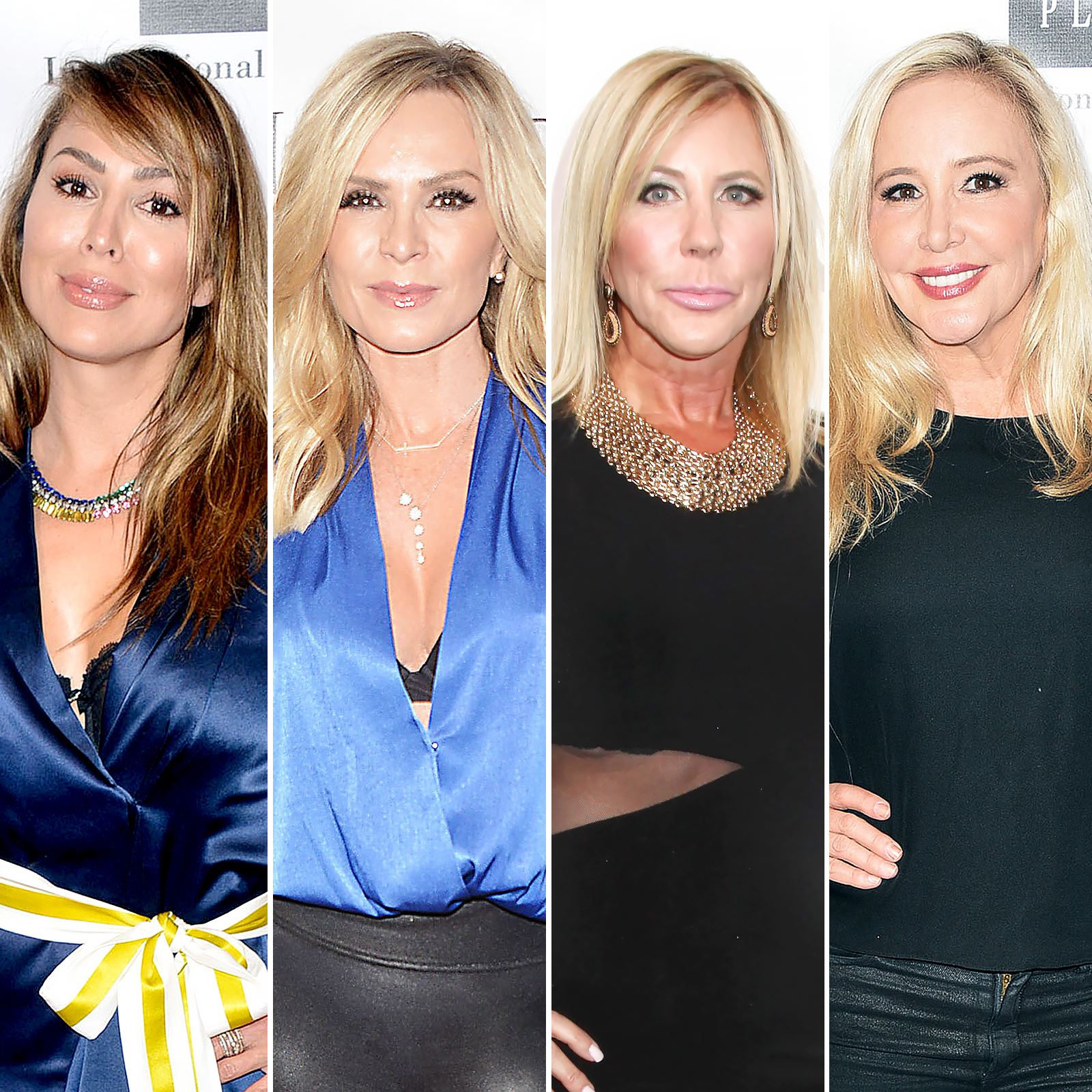 “Tamra just said that she never wants to talk to me ever again. And that’s fine, because I don’t ever want to talk to her again,” Kelly, 43, told Us at InMode’s FaceTite event in West Hollywood on Wednesday, August 7, noting she “didn’t do anything to Tamra and Shannon.”

“They just became the Tres Amigas and kind of booted me out and it felt like they were antagonizing me and just coming after me. Like, throughout the whole season, I felt like I was getting picked on … ganged up on.” she continued. “And I’m not gonna put up with it anymore.”

Kelly and Tamra, 51, went at it on social media during the Tuesday, August 5, premiere of RHOC, taking jabs at each other’s incomes and respective significant others.

While Kelly told Us that she is “glad” she is no longer close with Tamra, she is “sad” about her fallout with Shannon, 55.

“Shannon and I were really close. And we did a lot of stuff off camera. She lived near me. Our kids are the same age. We talked on the phone all the time,” she explained on Thursday. “I never did anything to Shannon. … She’s so far up Tamra’s ass that she just wants to be — she’s scared of Tamra. I think like she’s got Stockholm Syndrome.”

While the reality TV personality may be holding out hopes for her friendship with Shannon, she declared to Us that she will “never, ever, ever” be friends with Vicki, who accused her of doing cocaine during the season 13 reunion, again.

The good news for Kelly? Vicki was downgraded from a full-time Housewife to a friend role for season 14.

“I was, like, jumping up for joy!” Kelly told Us of the news of Vicki’s demotion. “I think that she uses everybody as a story line. She doesn’t really have anything in her life. You know, her kids are gone, her grandkids are gone. It’s just her — what are we going to watch her and [fiancé] Steve [Lodge] drink wine on the couch? … All good things come to an end. And I think, you know, everyone was kind of sick of their story, money, Tamra and Vicki. So you know, I think it’s kind of time for them to go bye bye. I feel like, out with the old, in with the fresh. It’s stale, it’s getting stale.”

Kelly concluded that season 14 was “really hard” because of the “rumors and lies” spread about her.

“It’s about me, it’s not about anyone else — they use me as their story line And it’s all about lies, and it’s really bad. It’s all about me now. So you know, my daughter has to hear that and that’s not really good,” she told Us. “You’re gonna see how they say all these like negative things about me, lies and rumors about me. And then you’re going to see at the end of the things how it all clears up by itself. So I think the truth always, you know, comes out like they’re gonna look like, bullies.”

The Real Housewives of Orange County airs on Bravo Tuesdays at 9 p.m. ET.

With reporting by Taylor Ferber