With the release of the Air Jordan 1 Low “Black Phantom” right around the corner, it’s time to revisit eye-catching AJ1s currently dominating the sneaker sphere, including signature colorways such as “Bred” and “Chicago.” By now, these color stories are culturally synonymous with the career and legacy of Michael Jordan and the coterie of collectors who’ve popularized these famed models.

The following roundup includes everything from exclusive women’s styles to collaborative efforts with Travis Scott. Read more about each silhouette below and check out each colorway on GOAT. 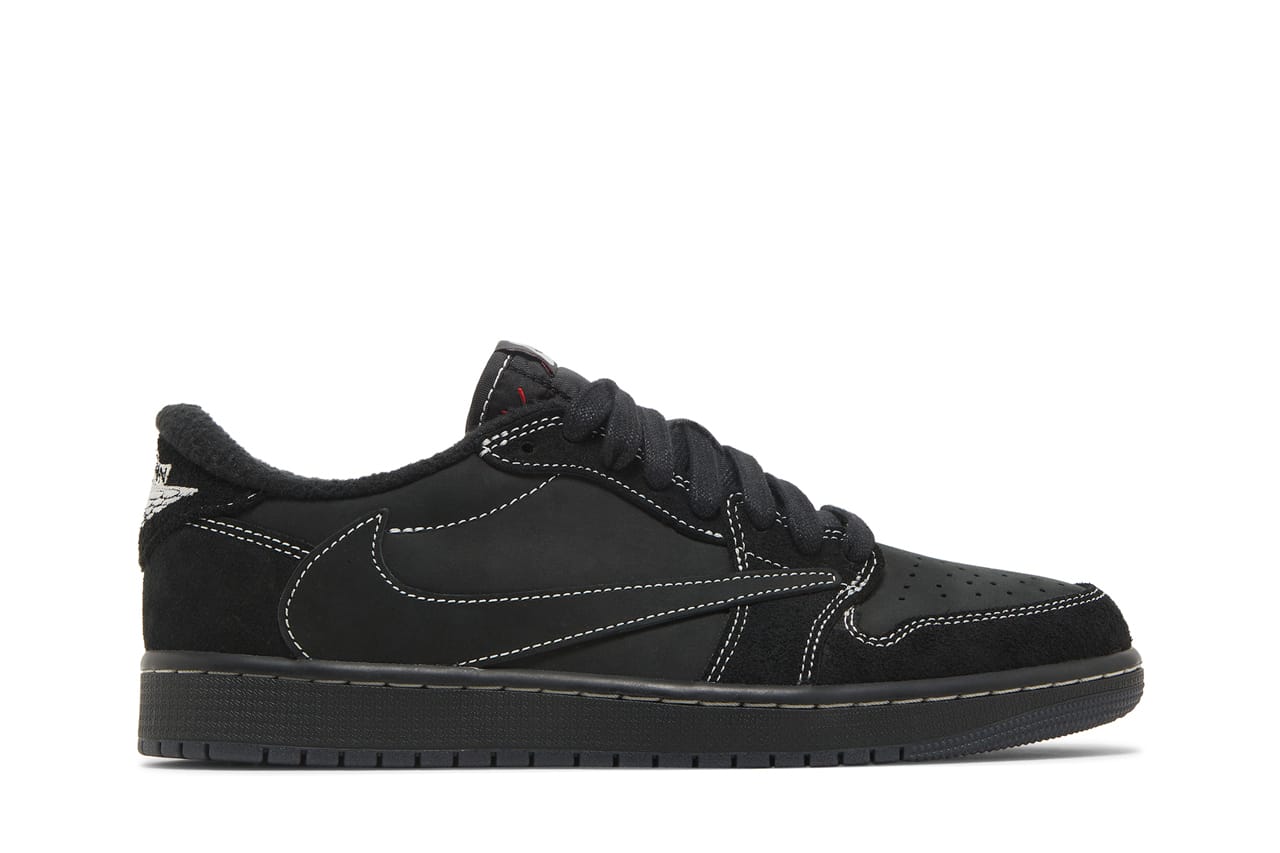 In contrast to other “Cactus Jack” collaborations dominated by earth-toned collaging, the Travis Scott x Air Jordan 1 Low “Black Phantom” is replete with blacked-out nubuck uppers and paneling all the way down to its black sole units. Tonal variations, like the suede components at the toe box and medial panels contrast against the black base, with white topstitching outlining the model. The colorway introducesreverse and standard Swoosh branding at the sides and a bee motif embroidered at the heel tab in lieu of Scott’s graffiti-style face logo, paired alongside an Air Jordan Wings emblem. For a finishing touch, “Cactus Jack” branding decorates the tongue and foam insoles underfoot. 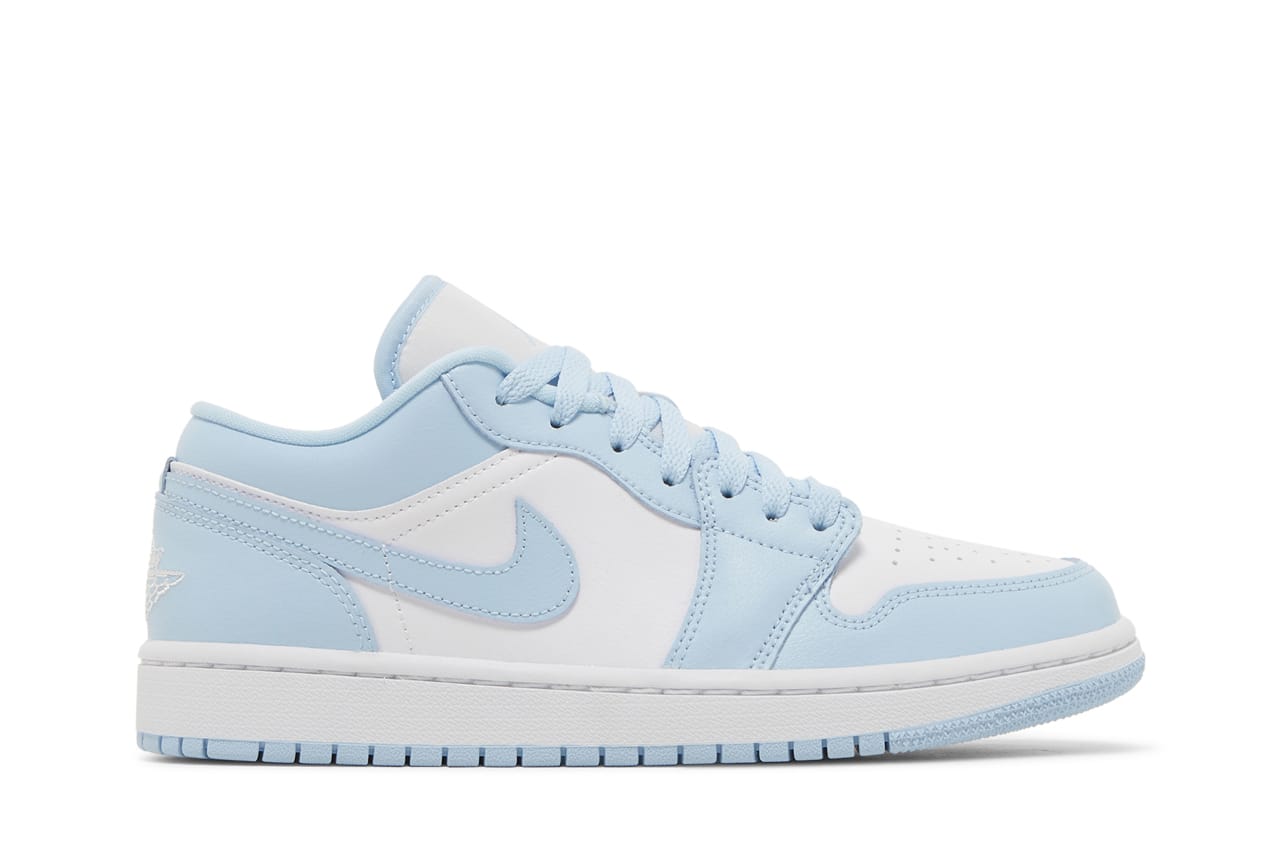 Released this past November, “Ice Blue” features a simple two-tone color story of white and baby blue paneling. The medial and lateral panels are enveloped in crisp white nubuck leather, contrasted by icy blue overlays wrapped around the toebox, eyestays, laces, collar piping and majority of the outer heel. Pops of blue return with the embroidered Jumpman logo sitting atop the tongue and a frosty Air Jordan emblem etched into the lower heel. The low-profile silhouette is fitted with a two-tone cupsole, foam insole and Air cushioning underfoot. 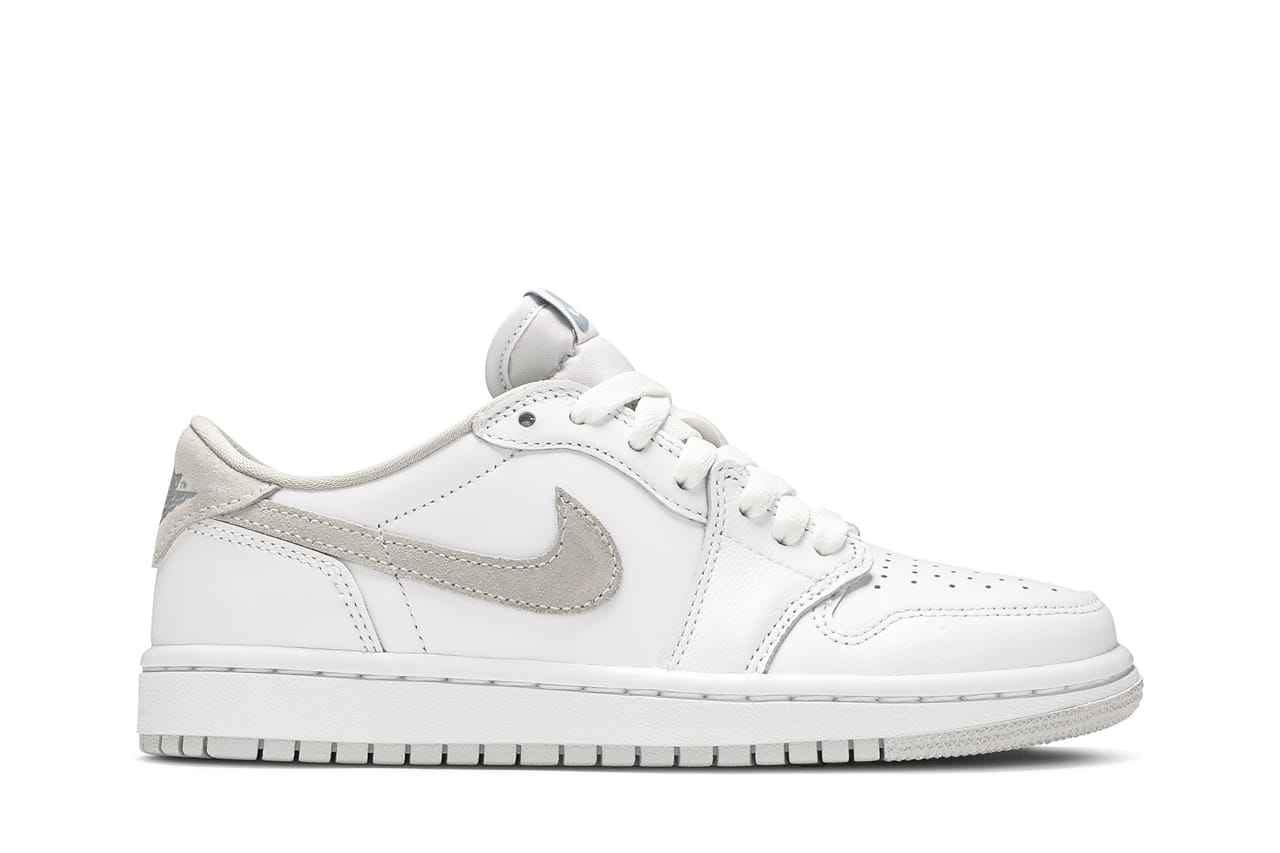 “Neutral Grey” emphasizes its namesake through a minimalist and cool-toned execution, dominated by crisp white leather uppers and gray suede and nylon paneling at the heel tab, tongue and Swooshes. This classic approach to an all-white sneaker is adorned with a matching Wings emblem toward the back of the heel, with the muted color palette continuing near the rubber cupsole. 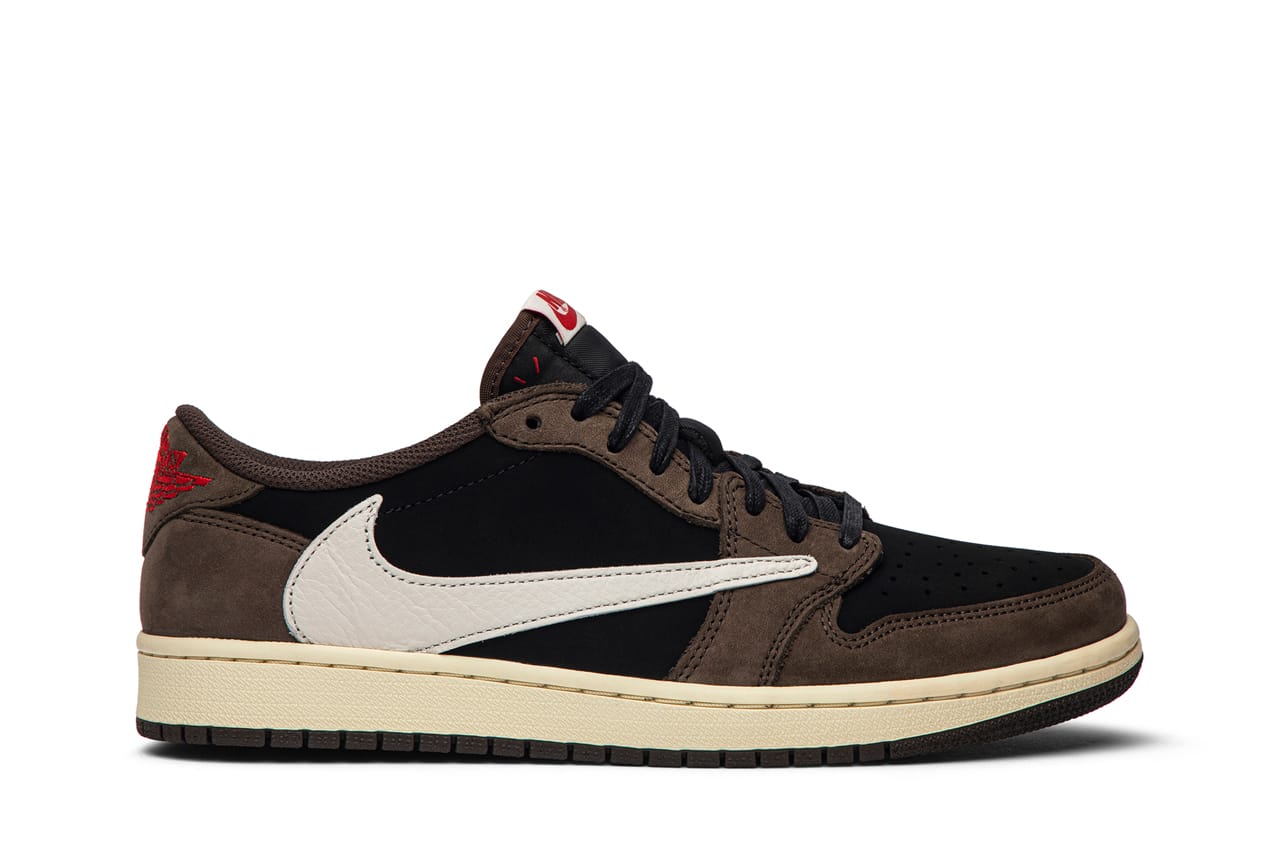 The 2019 low-profile “Mocha” is heavily influenced by its high-top sister style, released in the same year, donning similar earthy, washed-out tones throughout the construction. The medial and lateral panels are fashioned with smokey black suede paneling and contrasting dusty brown overlays adorning the outer heel, eyestays and toecap. An off-white midsole and brown rubber outsole round out the colorway. Hints of color appear through the Wings branding at the heel tab and cloth patch at the tongue, while familiar “Cactus Jack” lettering decorates portions of the tongue and medial panels. 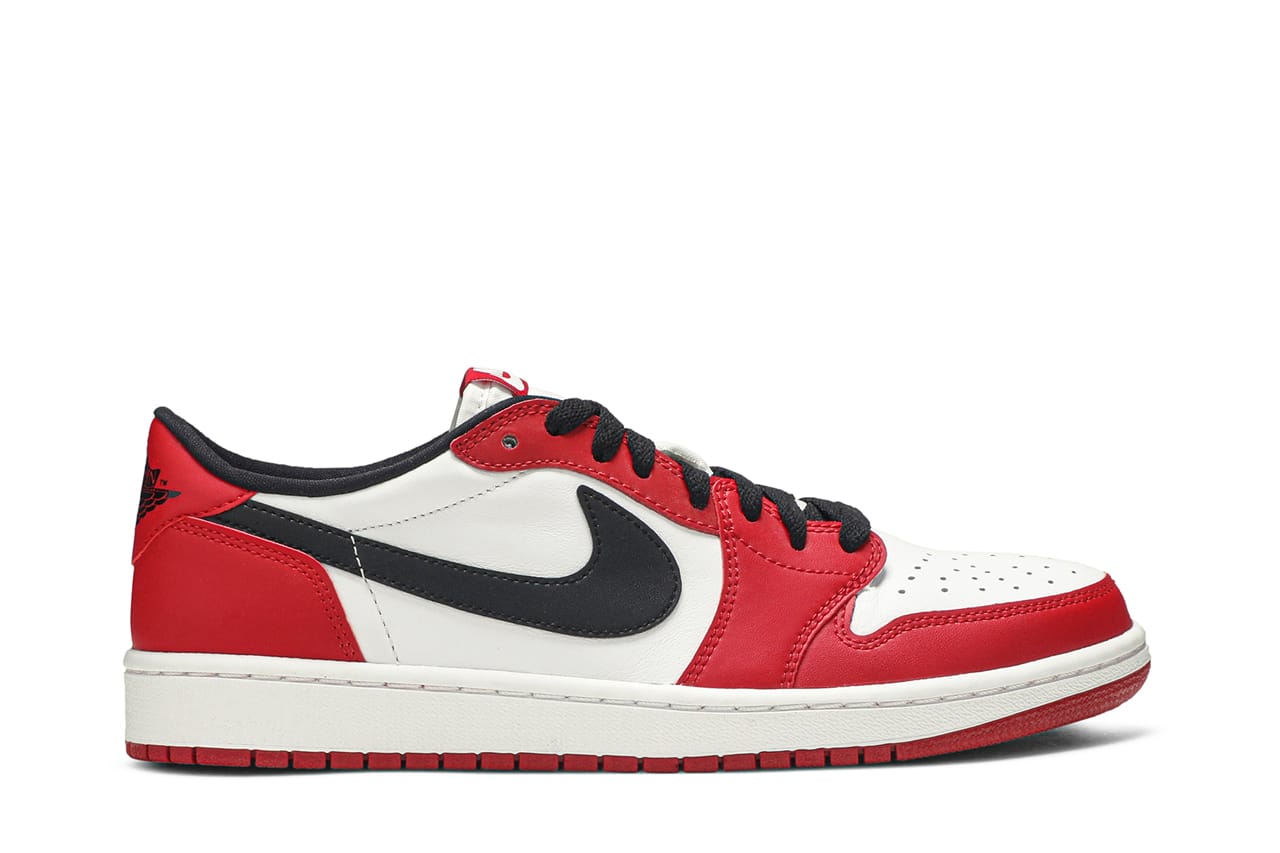 A limited 2016 release, this low-top take of “Chicago” draws inspiration from the Chicago Bulls colors using black, “Varsity Red” and white colorblocking across the silhouette. Red coloring dominates the outer heel, perforated toebox and eyestays, with contrasting pops of black at the Swoosh, counter lining and laces. Continuing this theme, the heel tab is stamped with black Air Jordan Wings branding, and at the tongue, tonal Nike Air branding seamlessly merges the iconic color story. The white midsole is elevated with an Air sole cushion and foam insert, while an additional hit of red returns to the outsole. 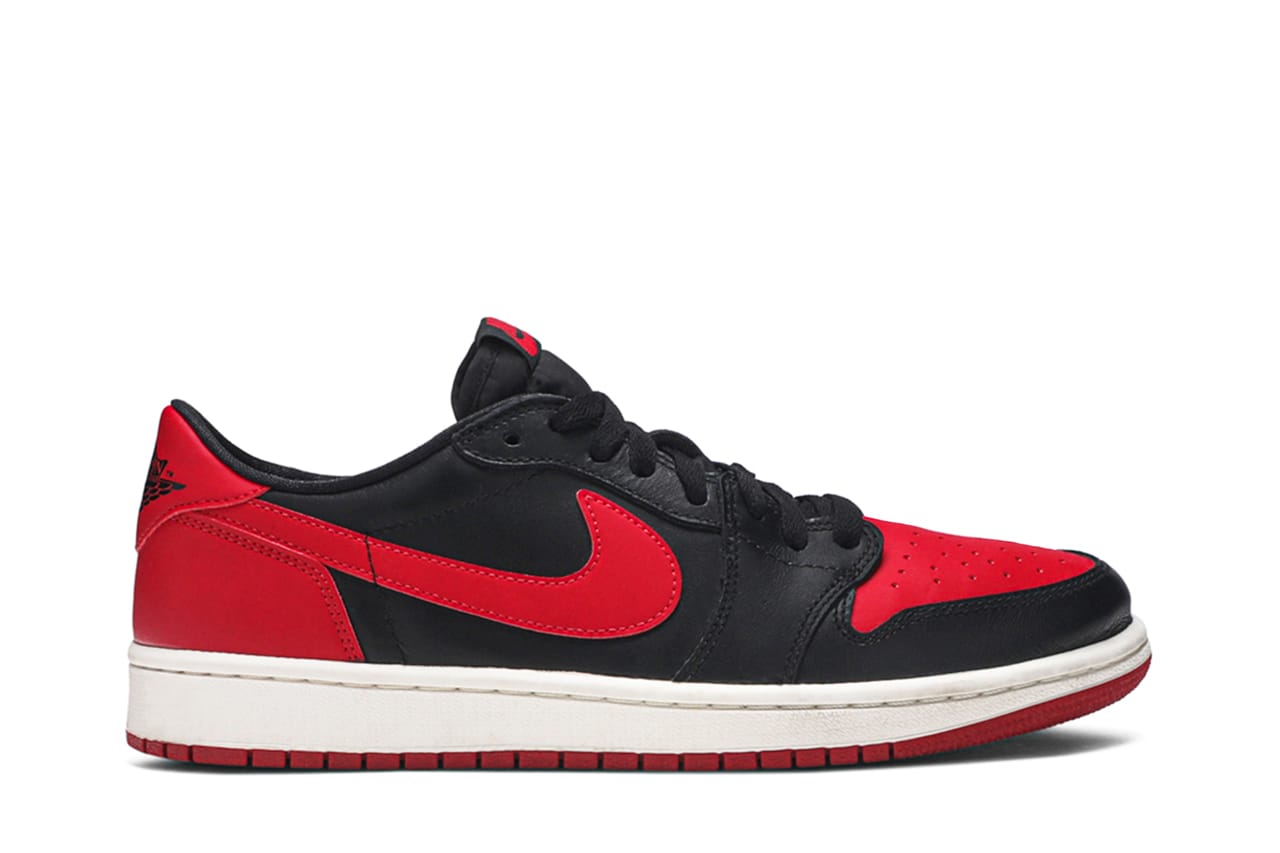 Released in 2015, “Bred” reimagines the striking black-and-red combination, also known as “Banned,” to the entirety of the low-top silhouette. The legendary 1985 colorway returns with stealthy black nubuck uppers, a “Sail” midsole and “Varsity Red” overlays applied to the outer heel, toebox and outsole. The heel tab is adorned with black Wings branding and the tongue is hit with a Nike Air cloth patch. At the base, a foam insole and classic Air technology equip the midsole. 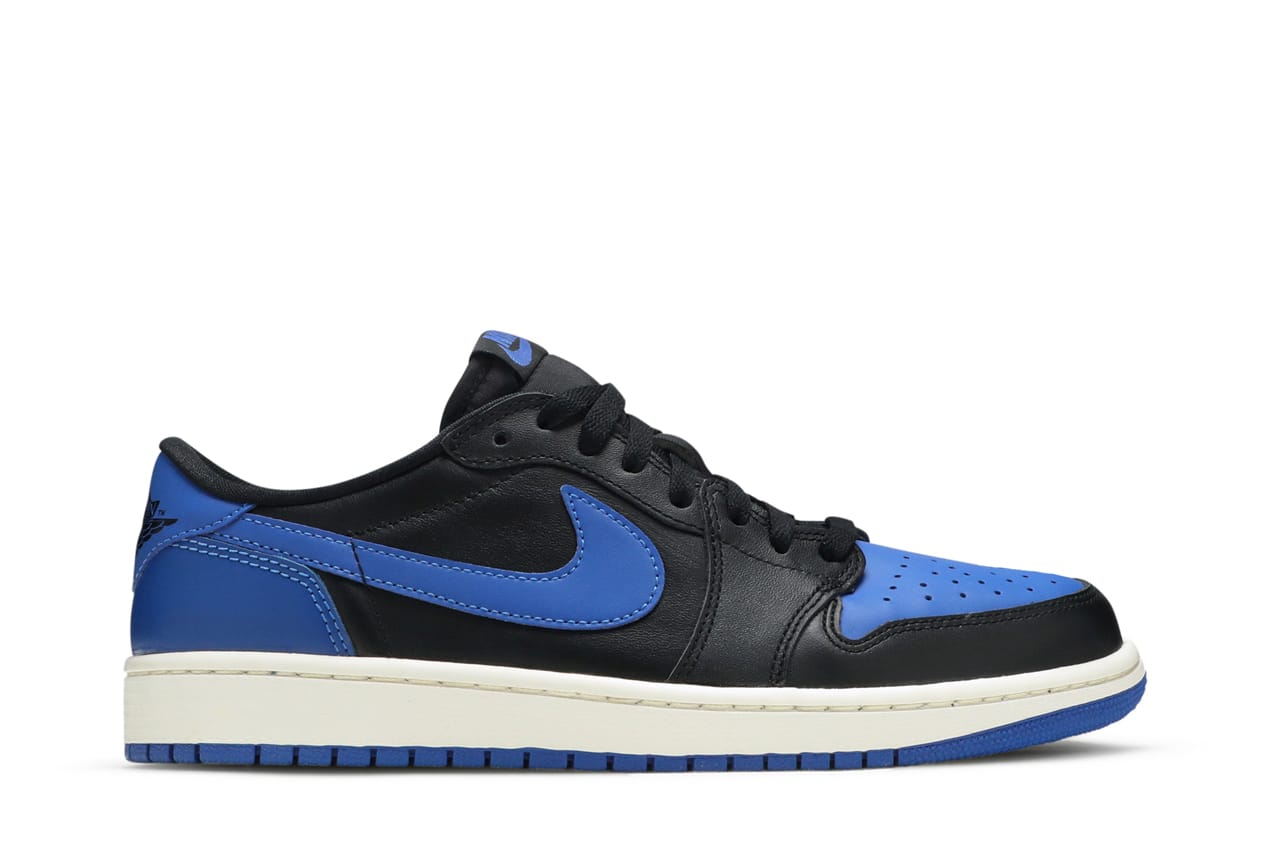 The 2015 release of Royal is true-to-form and features a clean take on the silhouette’s collage-style paneling. The shoe’s construction consists of “Varsity Royal” paneling offset by jet black overlays and a crisp “Sail” midsole. An Air Jordan Wings motif is introduced to the heel tab, following a Nike Air branding tag hugging the tongue. 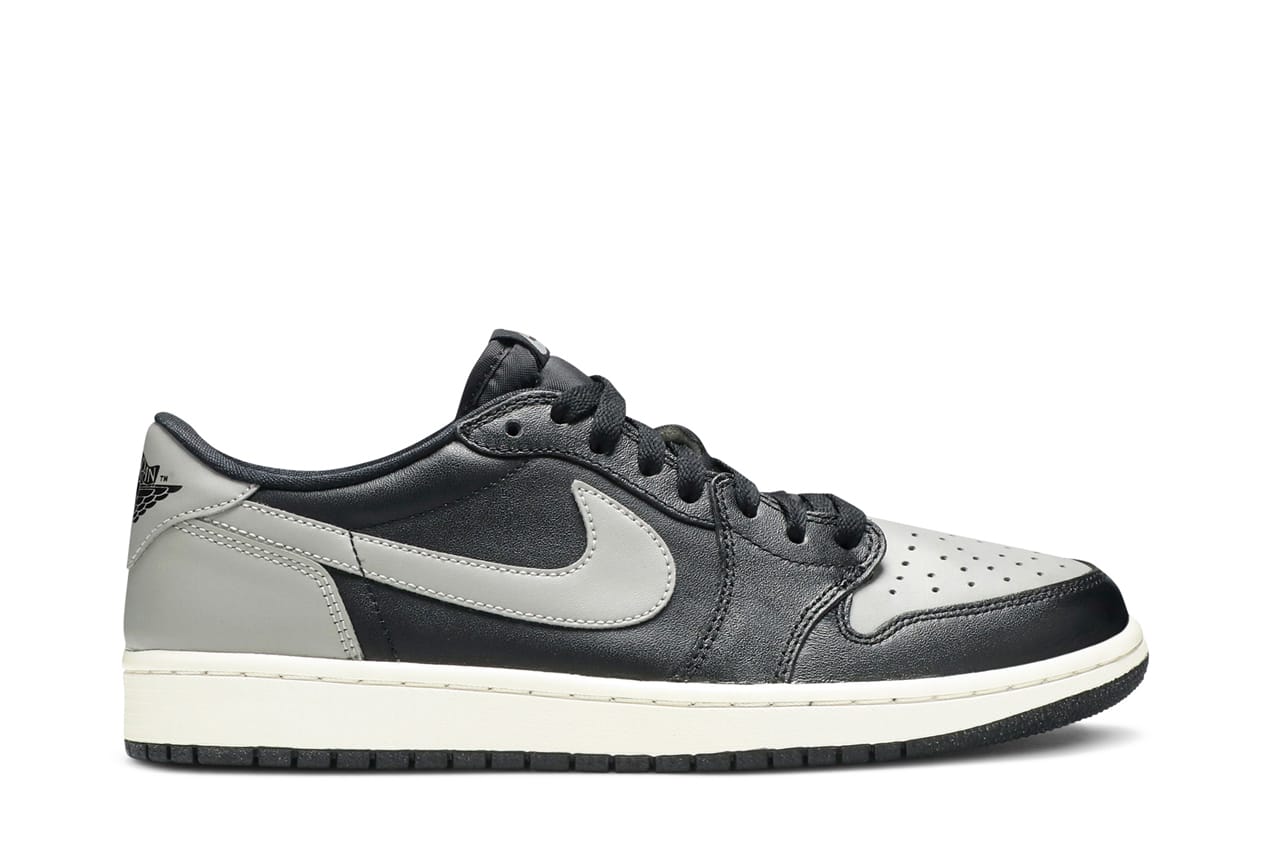 “Shadow” released in 2015 and is almost a carbon copy of its high-top counterpart, showcasing minor variations from the reimagined 2021 release of “Shadow 2.0.” The silhouette is punctuated by cool-toned gray overlays and stealthy black nubuck uppers. White topstitching breaks up the medial and lateral paneling, and an Air Jordan Wings motif hits the heel tab, followed by Nike Air branding at the tongue. This tone-on-tone construction sits atop a blinding white midsole, with black rubber components underfoot.
Source: Read Full Article