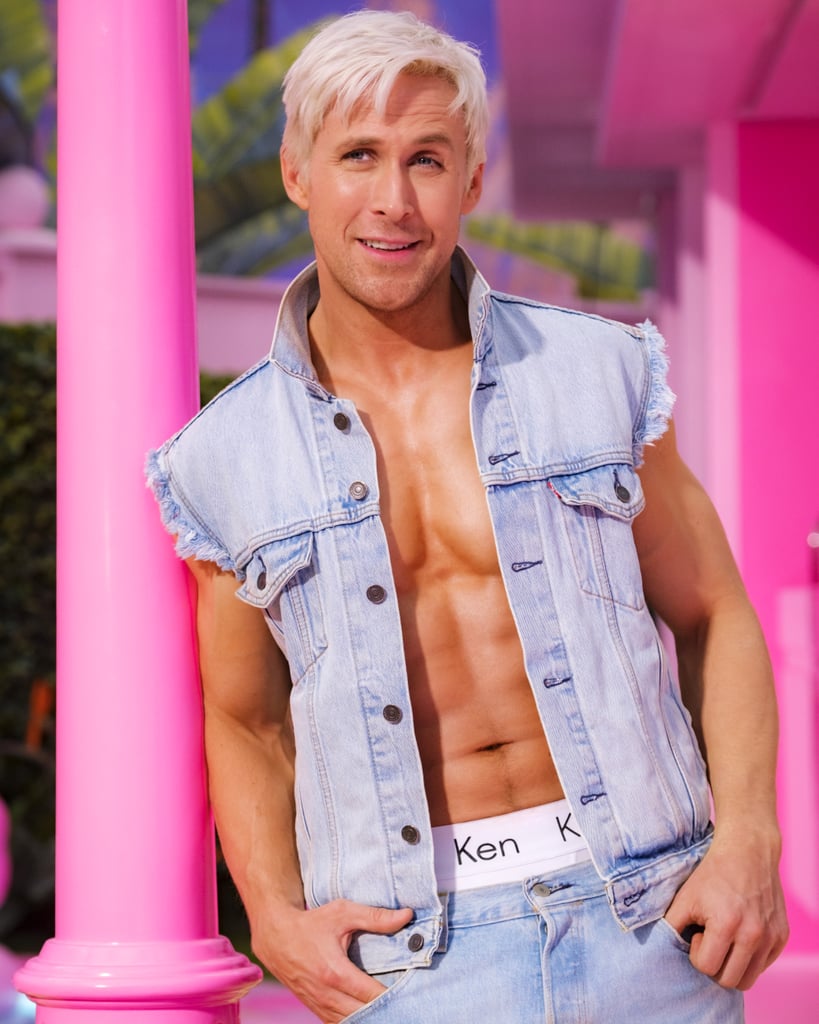 We finally have our first looks at Greta Gerwig’s “Barbie” movie, which stars Margot Robbie as the iconic character. In the first photo from the movie, released April 27 on Twitter, Barbie sits in her iconic pink convertible, smiling at the camera. Her hair falls in flippy, retro-style waves, and she’s wearing a halter top with a matching bracelet and polka-dot headband. Alongside the photo, Warner Bros. tweeted that the movie will be released in July 2023. On June 15, the studio released the first photo of Ryan Gosling as Barbie’s forever-boyfriend, Ken, complete with an orange-hued six-pack and bleach-blond hair.

There’s very little info available about the plot of the film, which has been in development for years. Amy Schumer was once attached to the movie, but she exited in 2017. The current iteration is filming in London right now and has a star-studded cast that includes Issa Rae, America Ferrera, Hari Nef, Simu Liu, Will Ferrell, and more.

In a 2021 interview with British Vogue, Robbie said of the movie, “It comes with a lot of baggage! And a lot of nostalgic connections. But with that come a lot of exciting ways to attack it. People generally hear ‘Barbie’ and think, ‘I know what that movie is going to be,’ and then they hear that Greta Gerwig is writing and directing it, and they’re like, ‘Oh, well, maybe I don’t . . . ‘”

Read on for everything we know about the upcoming film, including its plot, cast, and release date.