Remembering the better times. In light of Beth Chapman’s Wednesday, June 27, death at age 51, WGN America, who is currently in production on Dog’s Most Wanted, created a video of Beth and husband Duane “Dog the Bounty Hunter” Chapman recalling five things they love about each other.

“Smart, strong, courageous, funny, brave,” Beth says in the video, while sitting next to her husband. When it’s his turn to share his thoughts, he first makes a joke.

“She’s very mean. She’s not as smart as I am but almost there,” the 66-year-old bounty hunter says. “She’s my everything. She’s the sexiest women I’ve ever touched in my life. She’s a pure girl! There’s no tomboy in this baby girl.” 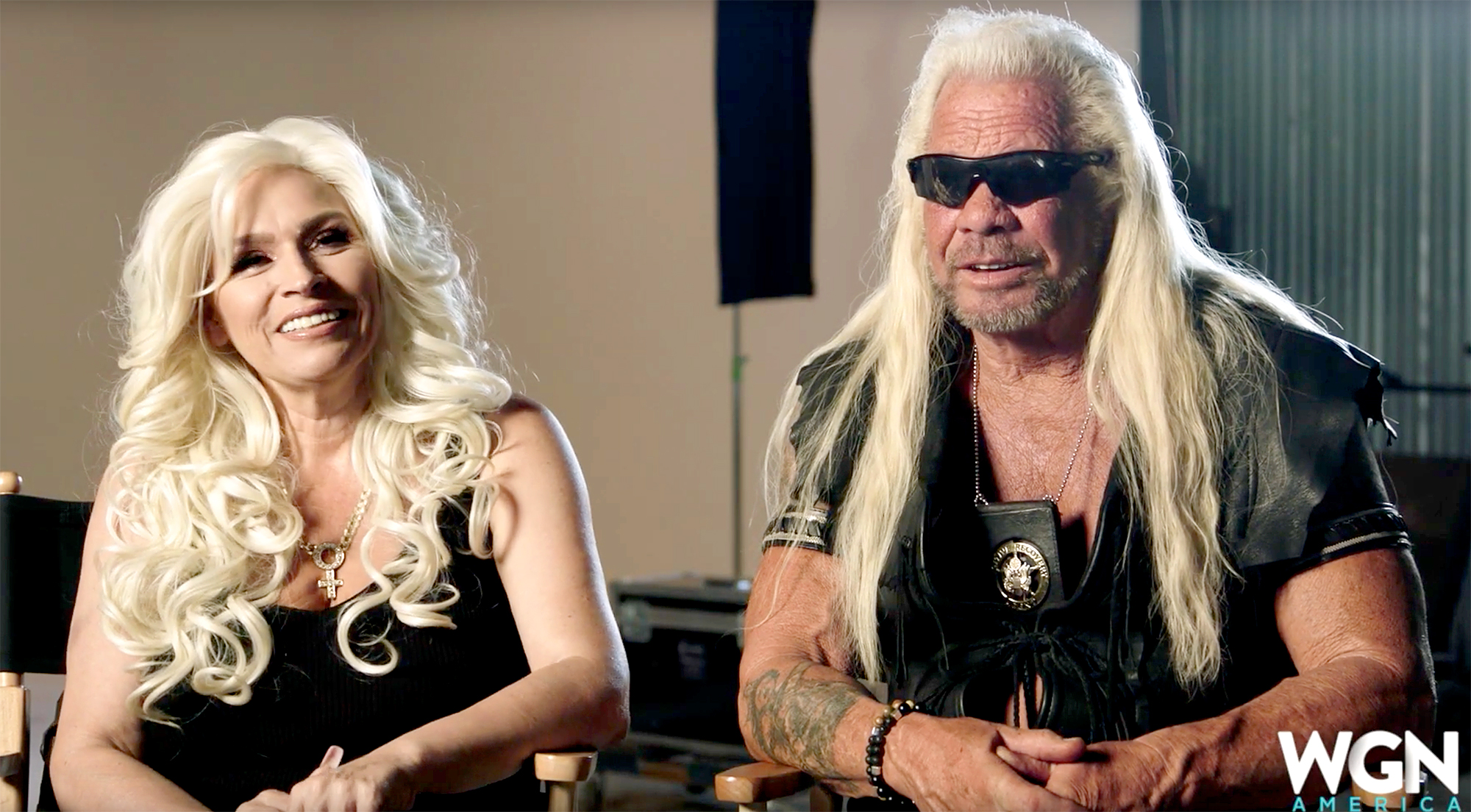 Beth was diagnosed with stage II throat cancer in September 2017. While it was successfully removed two months later, she underwent emergency surgery in November 2018 and doctors learned the cancer had returned and spread to her lungs. She was placed in a medically induced coma on Saturday, June 22.

On Wednesday, Dog announced his wife of 13 years had died, tweeting: “It’s 5:32 in Hawaii, this is the time she would wake up to go hike Koko Head mountain. Only today, she hiked the stairway to heaven. We all love you, Beth. See you on the other side.”

WGN America also released a statement. “She was an exceptional woman, fiercely loyal and passionate about her family and she was a true joy to work with. All of us at WGN America will miss her tremendously,” the network said at the time.

Hours after her death, Dog tearfully opened up to reporters outside the hospital, revealing her last words. “When she had an attack I didn’t know anything to do but to say ‘in Jesus’ name’ and hold her, and when I said ‘in Jesus’ name’ she said, ‘Say it again, say it more,’” the father of 12 told Hawaii News Now. “And then she told the girls and everybody, with her mouth — she came out of it a couple times — ‘I love you’ and ‘Are you guys all OK? Don’t worry,’ but she never accepted it.”