Extra Butter — a streetwear and footwear boutique based out of New York City — goes beyond the normal retail experience of simply existing to stock your favorite streetwear labels and sportswear kicks. It’s a unique and methodically thought out concept that converges elements of fashion, film and pop culture — an idea that was helmed by the retailer’s founder Ankur Ahmin. Ahmin’s passion for entrepreneurship was passed down to him by his father and his uncle — both of whom ran sneaker stores of their own when they immigrated from India in the early 1980s. By learning the business side of running a footwear shop through them, he was able to build out his stores with his own unique twists. Inside an Extra Butter location, you also can’t help but notice all of the cinematic details such as the marquee-inspired storefront signs, concession stand check out areas, theater style chairs and even a speakeasy (Long Island location only), all of which draw back to his affinity for movies and streetwear culture.

I understand that you were tapped into sneakers because you were running the business side of it, but when did you realize that the culture around sneakers was something you enjoyed?

I fell into it a lot later and closer to the time of Extra Butter which is around 2007 and 2008. Until then it was business for me and was more transactional. Did I love sneakers? Yes. But the store had more access to them. My brother and I weren’t allowed to cop the best stuff because it was customers first and that business fed six of us at home.

What brands did you carry back then?

Our number one brand in 1983 was adidas because of the Superstars and other classic models. Puma was also big back then and Reebok came on in ‘85 with the aerobics movement. Nike was an afterthought back then until about 1986 and 1987, and our Nike account back then was three digits. Today it’s in the seven digits.

Can you recall some of your favorite early cops when you were getting into the game?

The first great shoes that I got to own were the Air Jordan 4 “Military” in 1987 and the Air Jordan 5 “Grape.” But more so than anything I was really into adidas Superstars, Sambas and Gazelles, Puma Suedes and Patrick Ewing’s shoes.

I know that sneakers weren’t necessarily a major part of your life growing up in India but have you noticed a shift in the culture today?

It’s definitely huge now, but it’s fashion-driven. India is inspired by Bollywood and a lot of the fashion movements really start from the movies. So as you can see there’s a lot of synergy in what we’re doing here at Extra Butter and the culture back in India.1 of 3 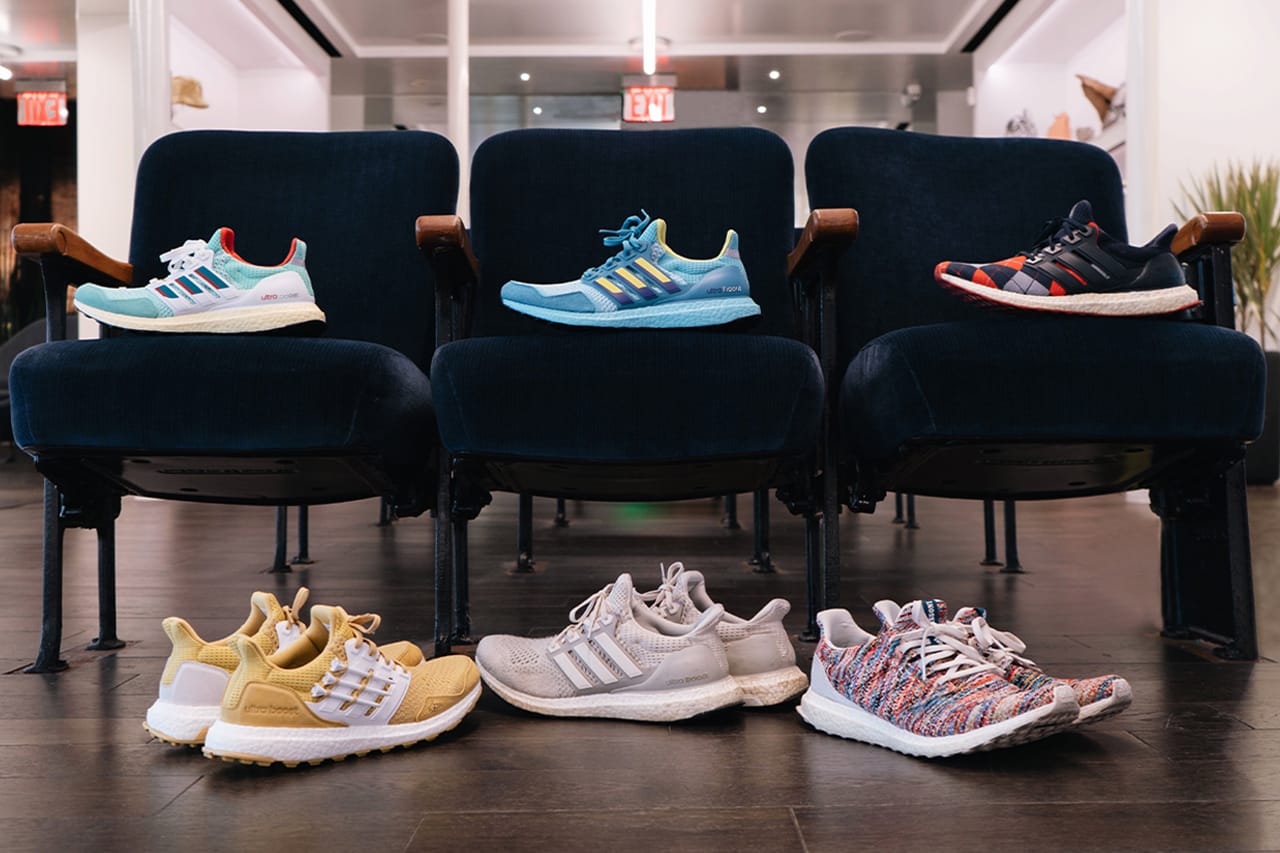 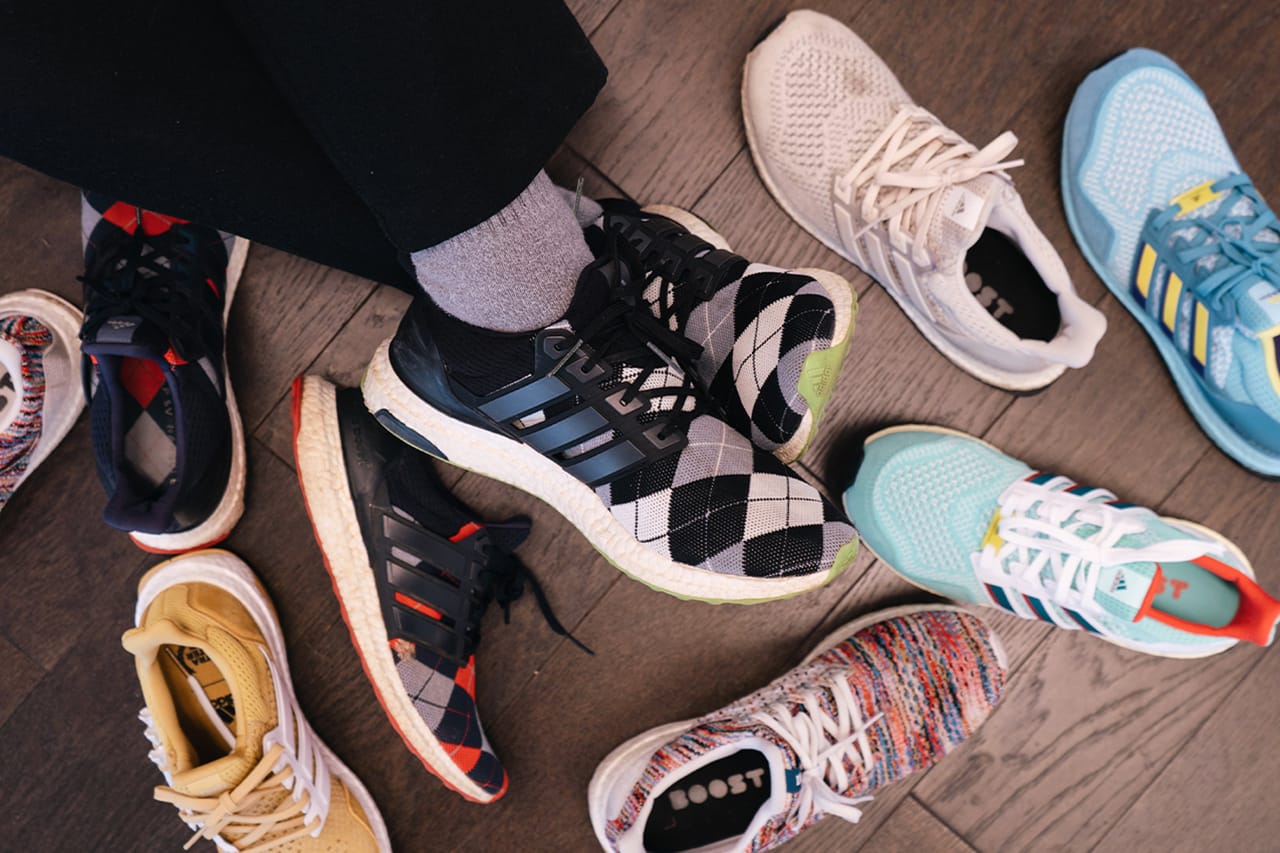 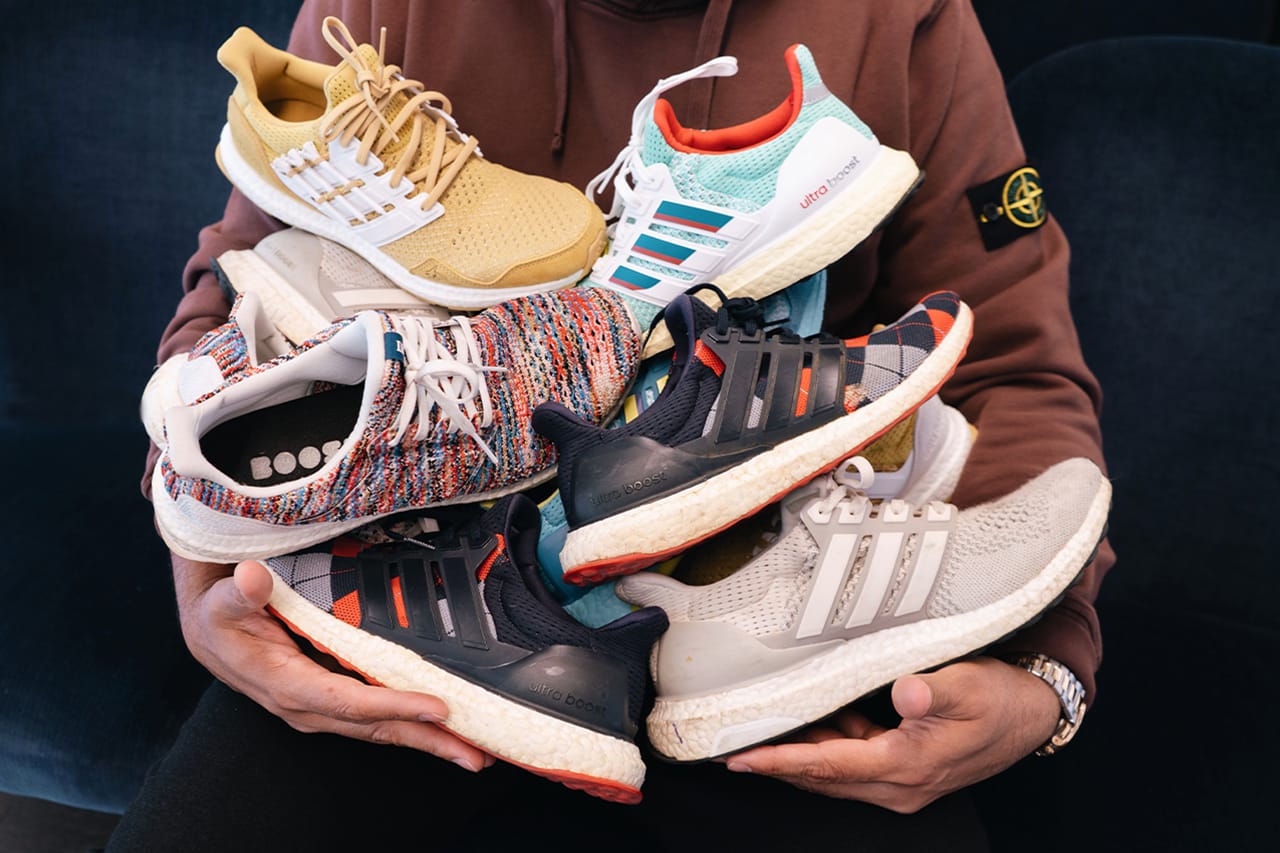 Talk to me about Extra Butter. Give me a timeline on when this was first an idea, when it started to pick up.

I’d say 2005 is when I started kind of getting into the culture thanks to a couple of our employees including Bernie Gross, our Creative Director here and Jason Faustino who now works at Saucony. They were both sneakerheads and we’d always find ourselves conversing about sneaker culture and going sneaker shopping downtown at stores like ALIFE and Classic Kicks. That’s when it started transitioning from a transactional business to more so a lifestyle, and I got to witness how much passion there was behind the product and the stores that make them come alive. 2006 is when we started conceptualizing a boutique and I knew there was a need for it on Long Island, and this was around the same time that Bodega just opened. They were super inspirational to me with the way they had a cryptic website and all of their behind the scenes stuff because I was looking at the way they were approaching culture and storytelling. So we wanted to do something thematic as all of us were deeply into film and sneakers and wanted to come up with something that merged the two, and Extra Butter was born.

“We just wanted to have a name that wasn’t very literal. We wanted to have some intrigue behind what we are. We wanted people to like us for how they see us, something that was outward but also made people curious about what we do.”

How did you guys land on the name Extra Butter? I think it’s one of the most unique retailer names out there.

The name was super important to us. It probably took us two months to land on it. We just wanted to have a name that wasn’t very literal. We wanted to have some intrigue behind what we are. We wanted people to like us for how they see us, something that was outward but also made people curious about what we do. Both Jason and I are also big hip hop culture and Tribe Called Quest fans too, so there’s also a reference to their song “Butter.” It just clicked one day, I think I might’ve said “extra butter” not even all that convincingly and Jason was like, “That’s it.”

What are the biggest learning lessons that you’ve had while owning a store in this space?

You never stop learning. Every day, there’s a new lesson to be learned. You’re dealing with people as customers, employees and vendors. There’s a level of relationship building and collaboration that’s needed. That was a trait that our father always instilled in us, to trust in people and surround yourself with people that you can build with and have common goals with. And I think we’ve followed that ever since in every venture that we’ve tackled whether business-related or not.1 of 3 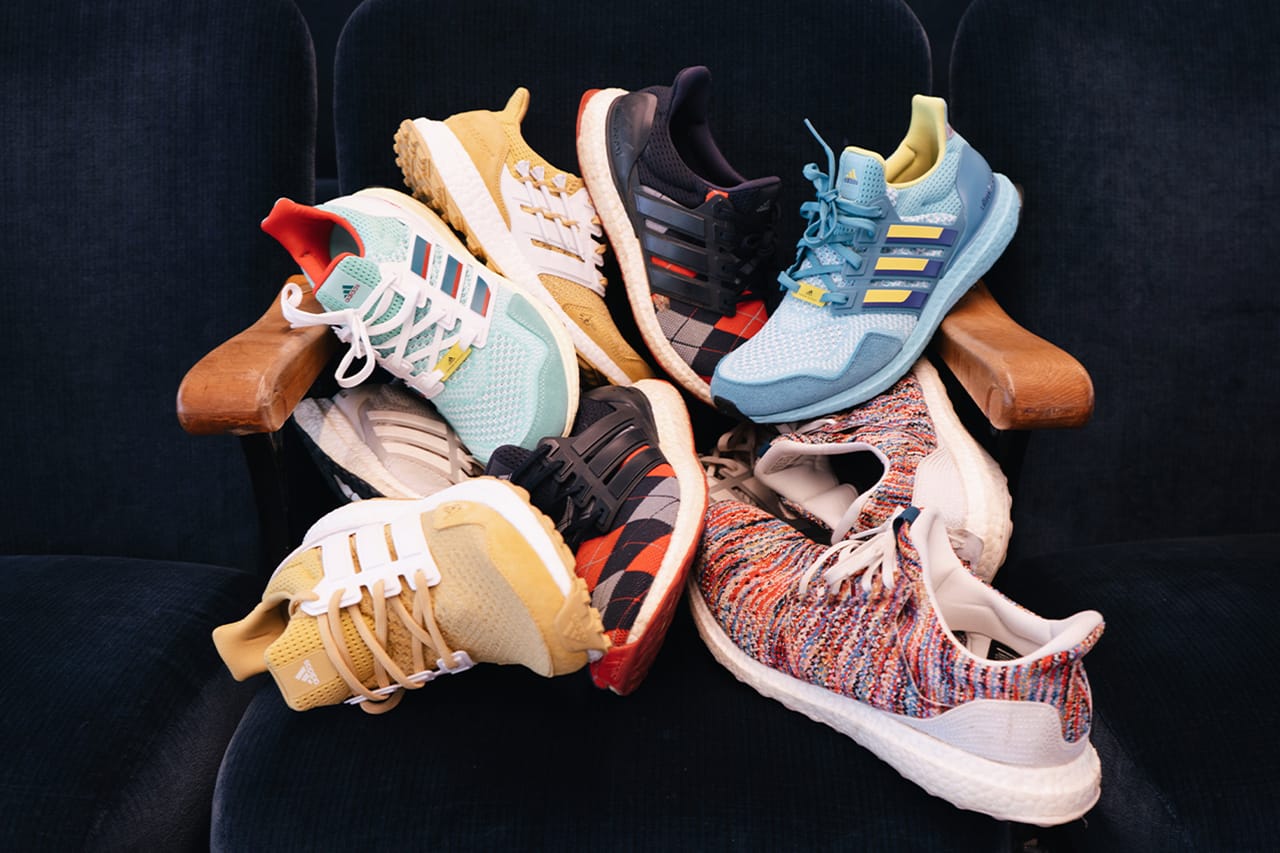 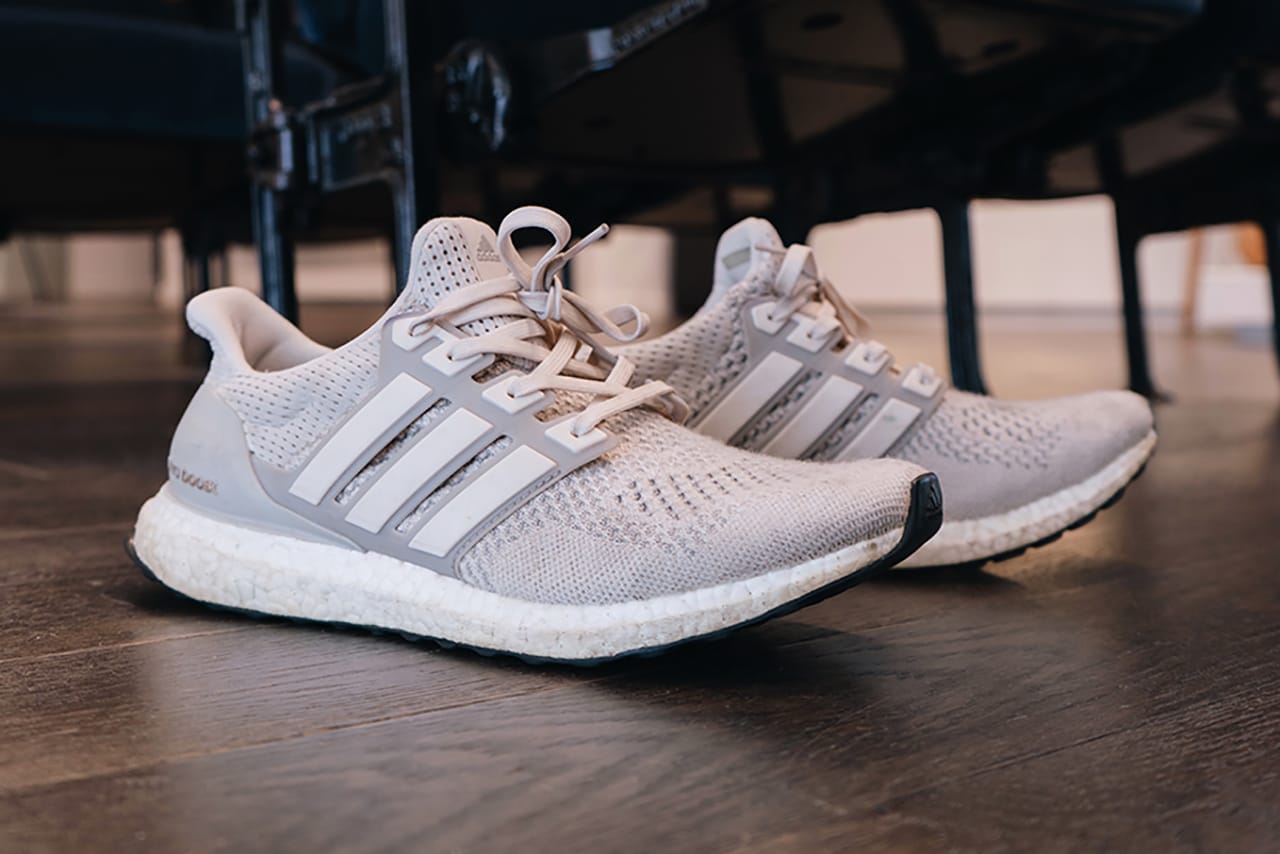 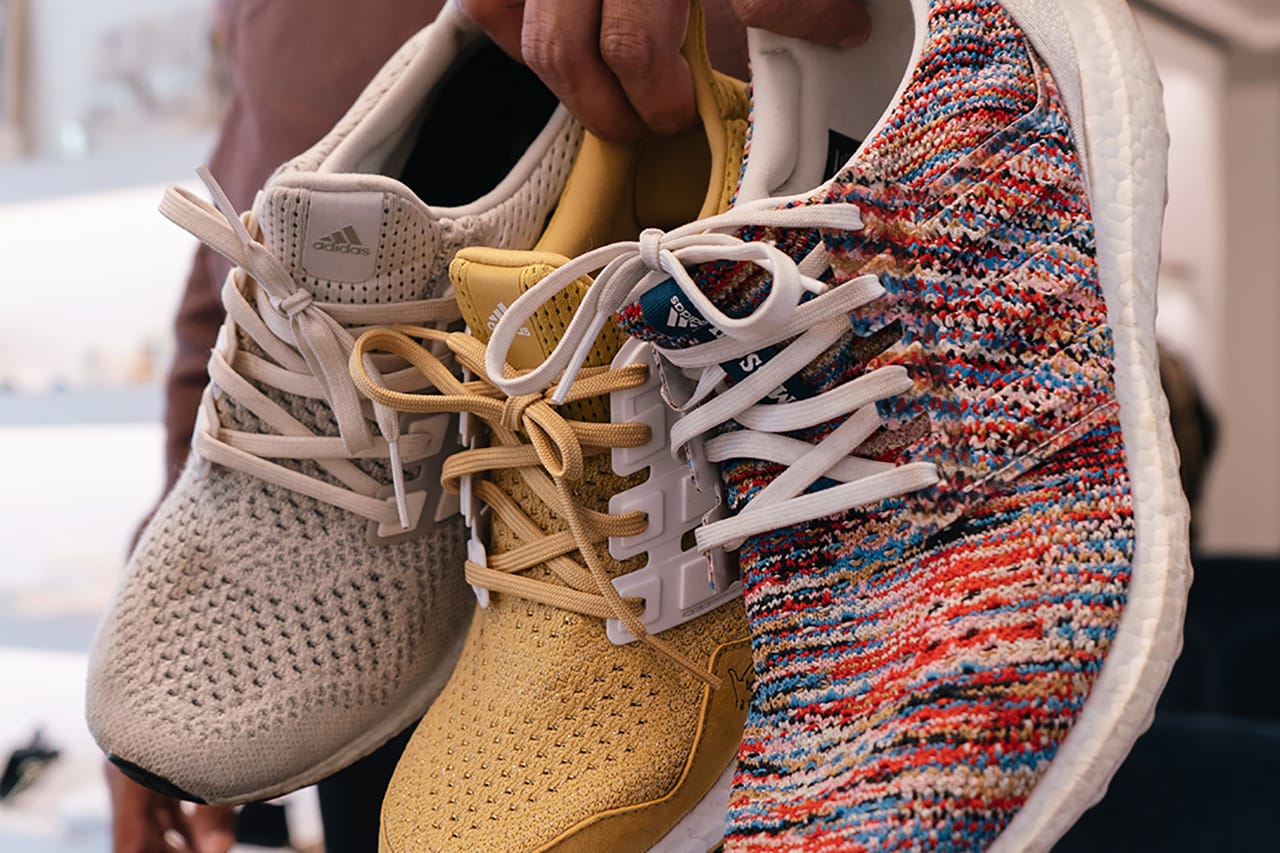 Did you have any major takeaways from surviving the retail industry during COVID?

I would say COVID identified the strong, boosted them up and weeded out the weak. In the shoe business, if you were already strong on ecommerce you got a chance to scale and push those boundaries. Fortunately for us, that’s where we put our eggs. We realized that we weren’t able to expand our brand and tell stories at the brick and mortar level, but we had a chance to do it digitally. So we invested towards it, brought in some great people and did really well over the last 18 months in terms of taking our brand to a new level.

“These shoes feel fairly timeless. I think I will see this in 10 years. I love the profile, it’s super comfortable and I love the way it looks toe down sideways and at every angle”.

Let’s transition to your Sole Mates shoe selection: the adidas UltraBOOST. What is it about this shoe that resonates with you?

For me, picking a favorite shoe isn’t an easy thing. I don’t have any favorites. I feel like everything that I do evolves. For example, the watch that I’m interested in today probably isn’t the one that I’ll be interested in next year. Same goes for wine, my tastes keep changing. But this is the last shoe I’ve had that I’m still in love with. These shoes feel fairly timeless. I think I will see this in 10 years. I love the profile, it’s super comfortable and I love the way it looks toe down sideways and at every angle.

Do you have an all-time favorite UltraBOOST colorway?

The “Chalk” 1.0s for sure. The knit pattern on those is amazing.

Let’s talk about the Happy Gilmore collaboration. How did that get brought to life?

I will take credit for that one. A lot of other projects we’ve done, I’ve had very little to do with. However, I’m a golfer and I’m passionate about the game. Yeah, I’ve seen this merging of golf and street culture and we had a conversation with adidas about that during Paris Fashion Week in 2017.

They weren’t really expecting us to pitch a golf story or explain why gold was relevant in street culture but we went to them and talked about what were seeing and they liked it. We definitely had to force a few things in, Wet took a trip up to Herzogenaurach, Germany and got connected with the director of marketing for adidas golf, brought him into the ideation. They invited us the next day and we had queued up Happy Gilmore, watched it for an hour and a half together. We pitched that we wanted three different lines, three different entry points of the game, all of which spoke to street culture and vivid stories, and they supported it.1 of 3 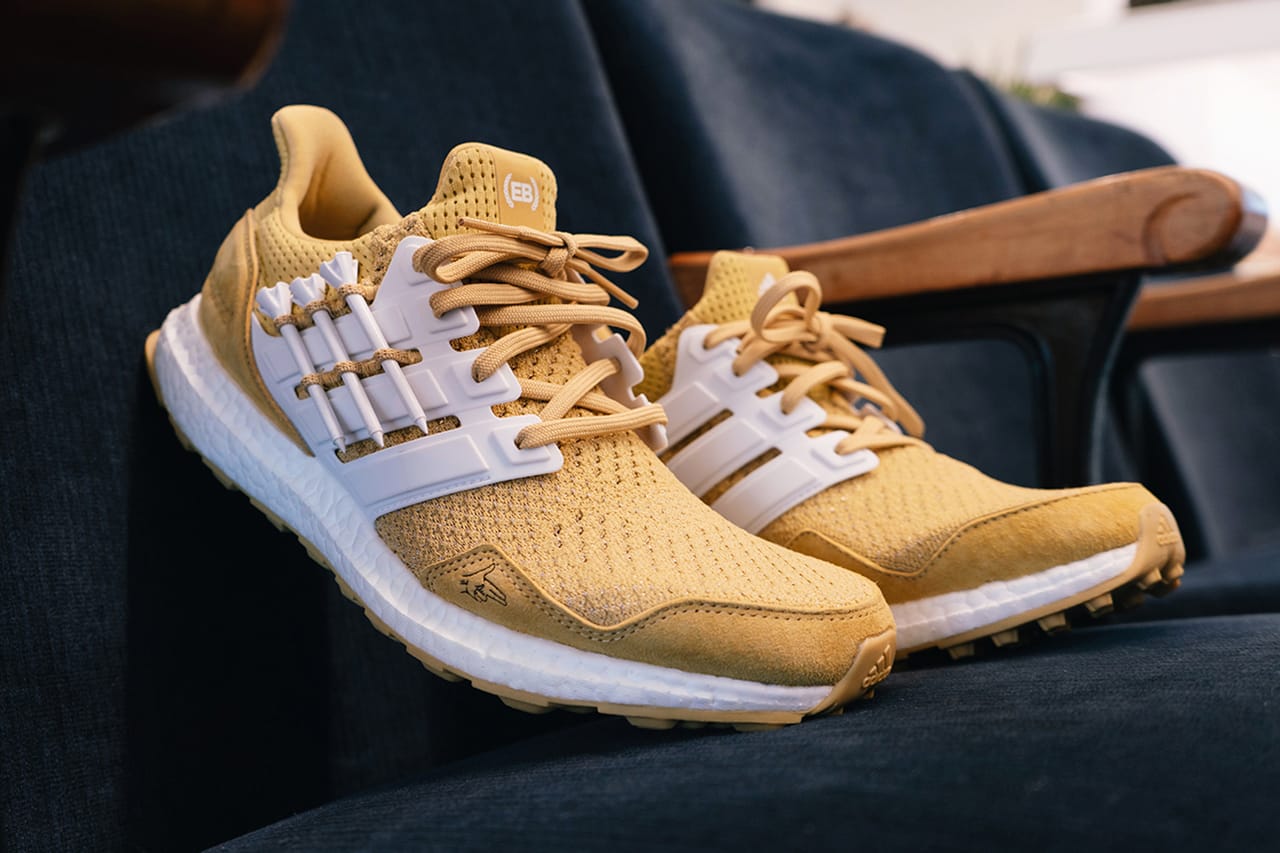 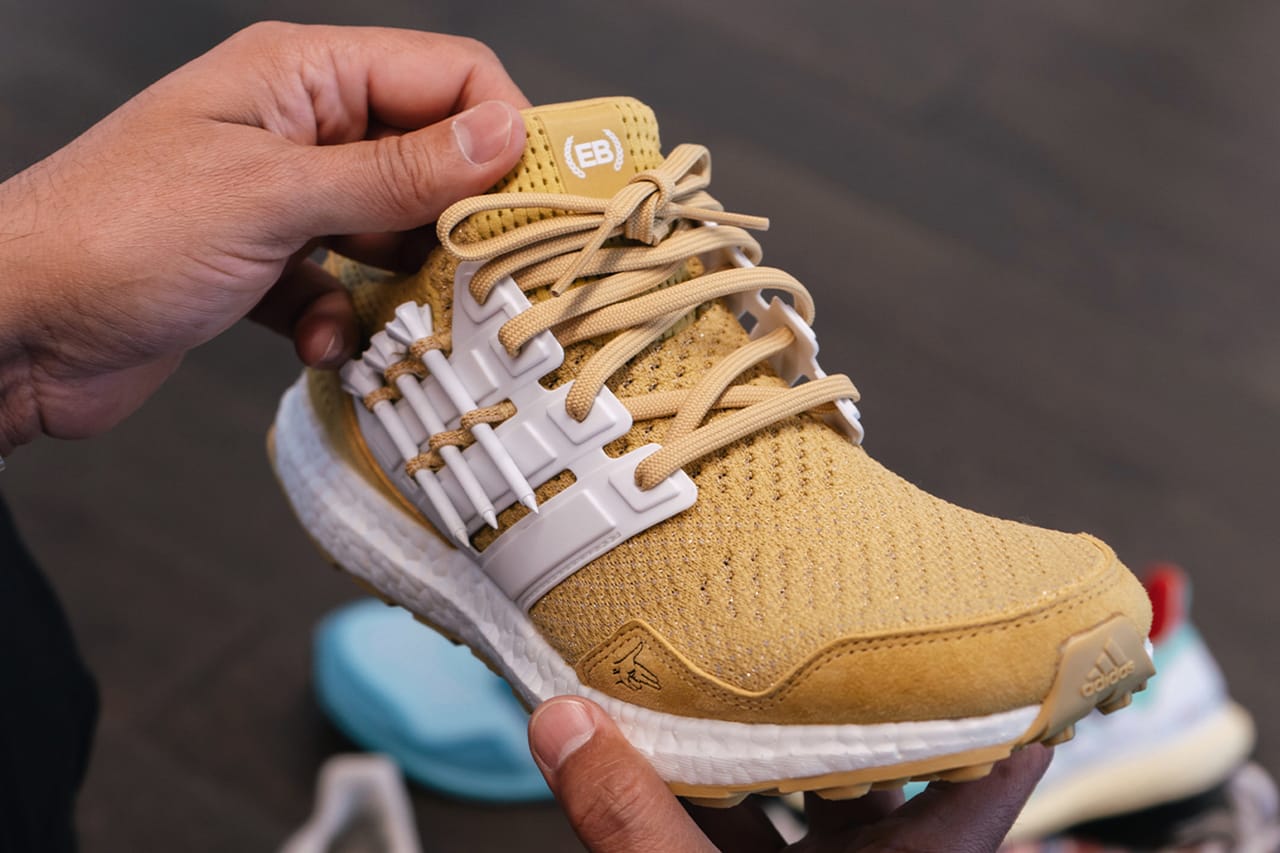 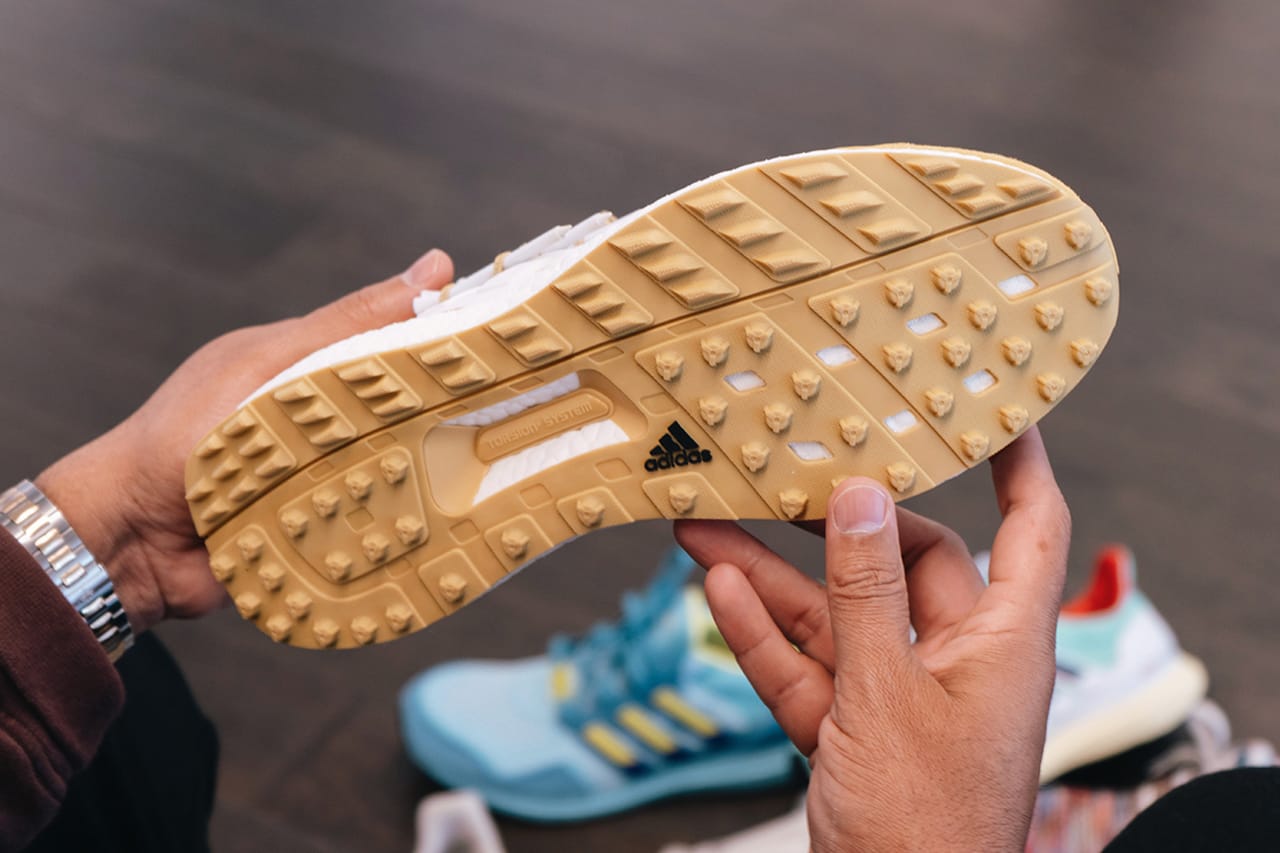 How long did it take from that conversation happening to the product actually launching?

It would normally would take a year, maybe a little bit longer even sometimes depending on when you approach them. They have a full calendar and their calendar gets booked out for 18 months sometimes, but if it doesn’t compete against any other stories then you have some leeway. This was such a unique golf proposition that it almost didn’t affect adidas’ calendar.

Talk to me a little about your friends and family pair, those are crazy.

That’s my personal golf one, adidas was kind enough to make that one for me. There are 12 pairs of those that we gave out to friends and family.

Are there any other adidas UltraBOOSTS that you’re on the hunt for?

Probably just the black and royal pair, that’s the only one that I could use in my rotation, along with more pairs of the “Chalk” colorway.

Describe one of your most memorable moments in your Extra Butter journey.

I’d say the shoot for the Happy Gilmore collaboration. Back in May we were in San Diego with PK Subban and Christopher McDonald, the guy who played Shooter, on a golf course. And we were talking about sneakers that we designed and what celebrities and athletes are wearing nowadays. It kind of set me back a little bit and I said to myself, “Wow where are we right now? How did we get here?” It was a special moment because it combined everything that I ever loved in life like shoes, business, film and sports. I’ll reflect on that even more as time goes on.

Why are sneakers and the stories they hold important to you?

Stories are important to me and the product is secondary. Stories are important to me because I think stories inspire and they add flavor to the mundane. Experiences are what we are as people, everyone’s experiences are unique and the more experiences you know. the more you can relate to others. I think if we took the time to listen to other people’s stories I think there’d be less hate in the world.
Source: Read Full Article