Hey, what have you been up to for the past couple of months? Your friendly neighborhood Spider-Man emerged from his five-year disappearance to assist the Avengers in defeating Thanos. Now the teen from Queens has the world on a web in the impressively entertaining Spider-Man: Far From Home — in which he both saves the world (again) and rescues a summer movie season in the doldrums.

Don’t underestimate this superhero feat. Though Avengers: Endgame served as an emotionally resonant grand finale to a 10-year-old saga, the Spidey sequel is the honest-to-goodness end of the Marvel Cinematic Universe Phase 3. The wide-eyed Peter Parker (Tom Holland) must process the death of his mentor Iron Man, bear the great powers and responsibilities of his slinging skills and totally try to get the quirky-cool girl. That’s a lot to put on a 16-year-old kid. It’s a near-miracle that he rather effortlessly gets it all done with plenty of hearty laughs along the journey — including two must-see post-credit codas. 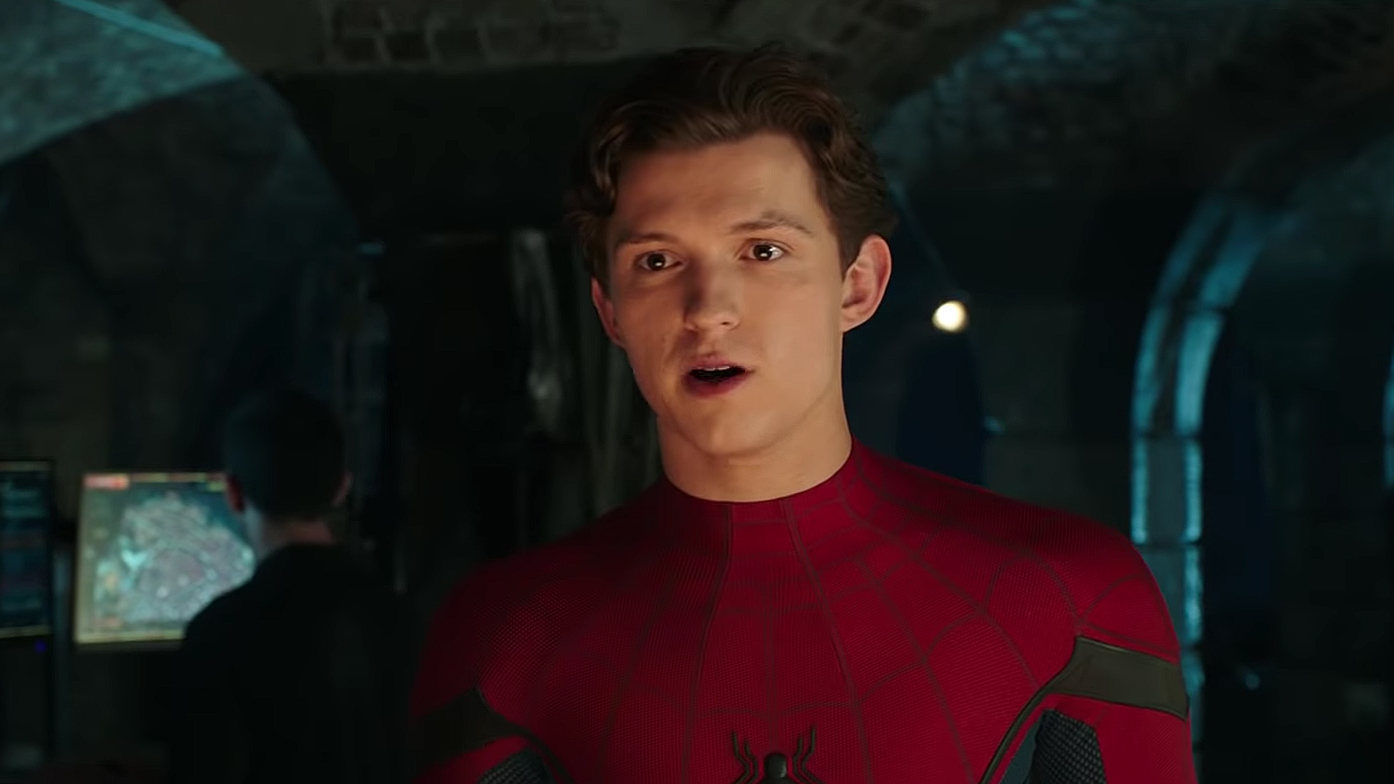 You aren’t the only one that needs a break after the heavy game-changing events in Endgame. Peter and his science class are heading to Europe for a field trip/vacation, and he couldn’t be more psyched about it. This is his chance to finally kiss his friend MJ (Zendaya), preferably atop the Eiffel Tower. He doesn’t care that Nick Fury (Samuel L. Jackson) is calling him. Let it roll to voicemail. He doesn’t want to pack his Spider-Man suit either. But once he arrives in Venice, Italy, Fury finds him anyway.

A new group of villains — dubbed the Elementals because they resemble elements such as water and fire in humanoid form — is causing destruction all over the world. Thor is hanging with the Guardians of the Galaxy and Captain Marvel can’t be bothered. Peter needs to get with the program and take them down. He’ll have help in the form of a mysterious new ally dubbed Mysterio (Jake Gyllenhaal, chewing up and spitting out the scenery). He’s arrived from a separate dimension on Earth, seeking vengeance because these bad guys killed his family. Zoom in on his wedding ring.

All this material is covered in the trailer. I won’t reveal any spoilers – except to say that if I’m writing a sentence about revealing spoilers, then twists are a-comin’. This also means I can’t pick at the film’s flaws because I’d be giving away crucial information. Very shrewd conundrum, Marvel Studios! So here are my ultra-vague Spider-Man: Far From Home issues: The set-up goes on for a beat too long; hinging a major storyline on eyewear veers dangerous close to silly; I wish Aunt May (Marisa Tomei) were a chaperone on the field trip instead of just a cheerleader from afar. 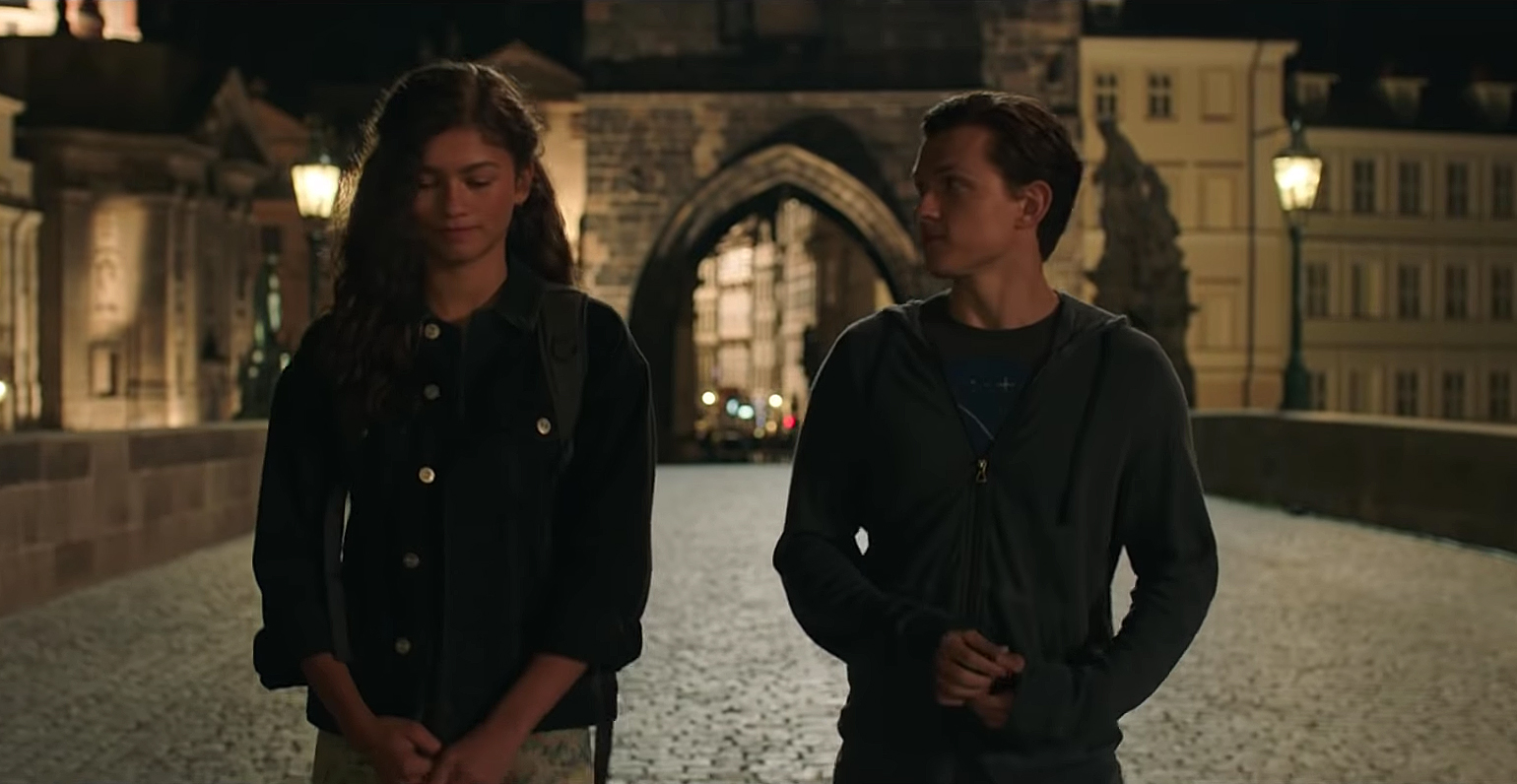 Enough of that. I know I’m allowed to reveal that, like 2017’s Spider-Man: Homecoming, this pic works best as a winning teen comedy. These high-schoolers are goofy and nerdy and act their age. They bicker over seating arrangements on the flight overseas and over their in-flight entertainment options. Holland and Zendaya are delightfully awkward flirting with each other. An in-school TV newscast that opens the movie is hilarious because of its earnest tone and hack camerawork. What a welcome contrast to the acid-tongued, too-cool-for-school Gen Zers in Booksmart.

Witnessing authentic teen angst in a big-budget superhero flick is a flat-out astonishment. Perhaps more surprising is that our hero doesn’t have to rely on his superpowers to get the job done. Our Peter Parker didn’t age during his five years in the ether, but he matured. He makes forehead-smacking mistakes, only to use his intelligence and reason — i.e., not the magic webs — to battle his way out of trouble. Savvy decision. The next MCU phase will print money even if it focuses on Captain Marvel feeding her cat. But we can only see so many cities blow up and flying crusaders toppling buildings and smashing the ground for the greater good. Let’s make some innovative progress. Amazingly enough, a web-slinger will lead the way.

Spider-Man: Far From Home opens in theaters on Tuesday, July 2.