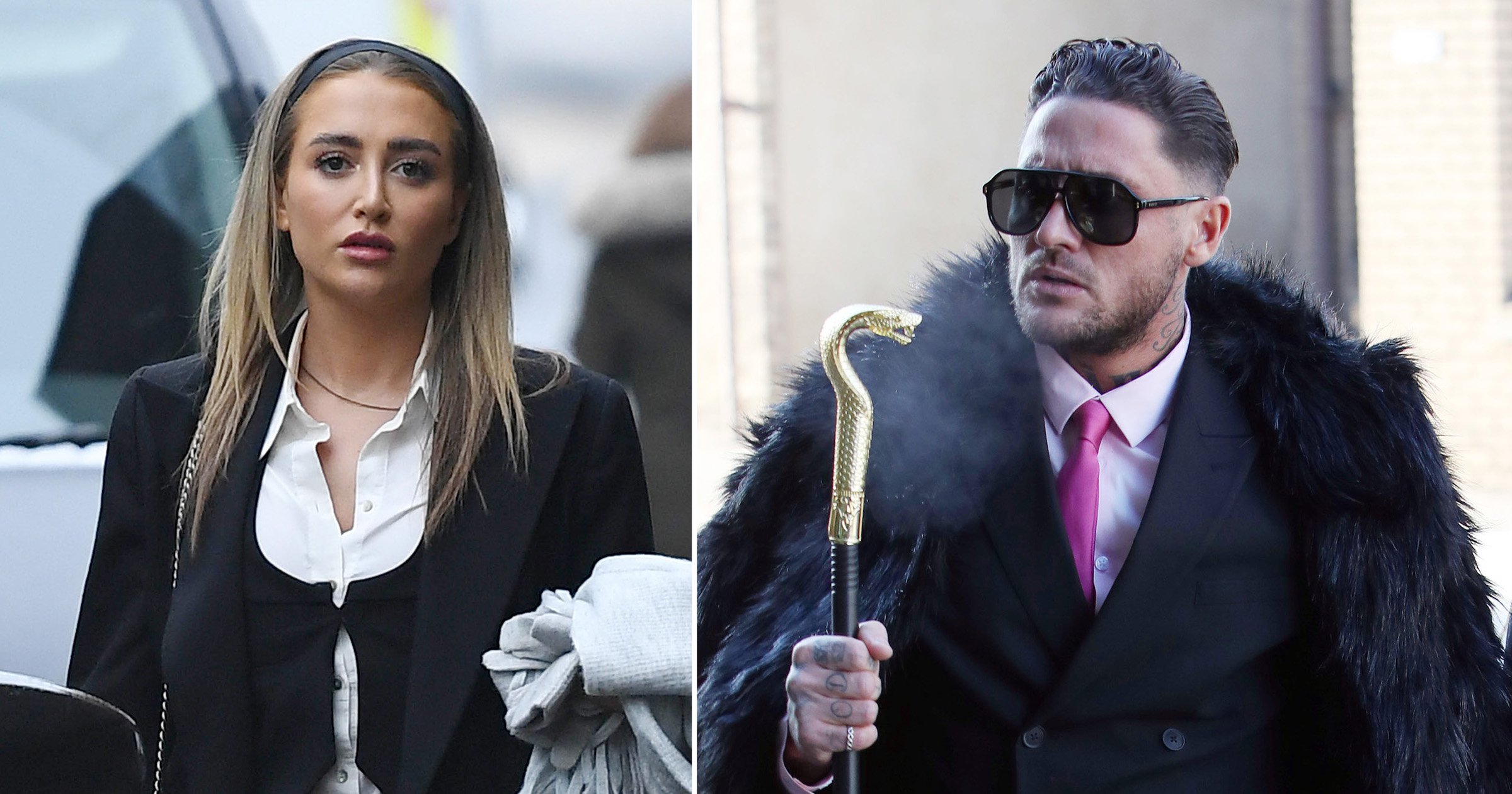 Stephen Bear has been found guilty of disclosing private sexual photographs and films from a sex video of him and his ex-girlfriend Georgia Harrison that were shared on OnlyFans.

Harrison, who has waved her right to anonymity, said she did not know that they were being filmed and told Bear not to share footage when he showed it to her, but she said that he went on to share it on WhatsApp and online.

Bear had denied all charges but on Tuesday, a jury found him guilty by unanimous verdicts of two counts of disclosing private sexual photographs and films with intent to cause distress.

Bear, who denied all the charges and wore a black suit and tie, looked straight ahead as the jury foreman returned the verdicts after more than eight-and-a-half hours of deliberation.

After the guilty verdicts were returned, Bear said in court: ‘My barrister said not to…

‘In my opinion from the very beginning it was never a fair trial, what the press said against me.

‘I was fighting a losing battle and it is what it is.’

Judge Christopher Morgan told the defendant: ‘Thank you for that observation.’

Harrison, who watched on from the public gallery, appeared to breath a sigh of relief as the guilty verdicts were returned.

She said, in a statement released through police, that the ‘last two years have been absolute hell and this verdict will allow me to start to put the pain I have suffered in the past and start embracing the future’.

‘I have felt ashamed, hurt, violated, even broken at times but today I stand here feeling empowered, grateful and a huge sense of unity with all of those who have reached out to support me throughout this ordeal.’

Harrison testified in court last Wednesday and claimed Bear secretly recorded them having sex in a garden and only told her he was filming an hour into having sex. After seeing a short clip, Harrison said she told Bear not to share it with anyone.

Speaking on the stand, Harrison told the court: ‘After this happened I was in the worst state of my life.

‘I can’t explain the shame I felt. I did not want to leave my room. Instead of apologising, he put his subscription price up from £25 to £50.

‘If he did it or not, which I believe he did, that is no way to act. It is brazen and he knows what he has done.’

During her evidence, Harrison said that while she consented to having sex with Bear, she warned she would report him to the police if he shared the video.

The Towie star continued: ‘I am using those words because I am 100% confident that’s what it is. I wanted to make clear to Stephen Bear what would happen if he sent those videos.

‘It upset me. It ruined my life. I thought he had respect for me. There was a time when I really did love him and he took me round saying he respected me, he loved me, and at the time I thought he had a promising career on television and he would not do what he did.

‘But looking back, I was an absolute idiot.’

This is a breaking news story, more to follow soon… Check back shortly for further updates.