Setting the record straight. Teresa Giudice has been in the spotlight for more than a decade, but she believes fans will truly get to know her when the upcoming Real Housewives mashup series airs … with a side of drama, of course.

“I was so happy I was a part of it, and it was amazing,” the Real Housewives of New Jersey star, 48, exclusively told Us Weekly on Thursday, May 13. “I feel like everyone’s going to get to know more of who Teresa Giudice really is. All the other years I feel like I’ve been attacked, and that’s what happens I guess when you’re the OG. Everyone wants to take you down. But I feel like this trip was different and even the reunion, I feel like everyone is going to start to get to know the real Teresa. I always had to be in defense mode, and if people are coming after me, of course, I have to defend myself — anybody would.”

Giudice reflected on her past feuds with costars Caroline Manzo and Jacqueline Laurita while detailing why she feels like viewers don’t know her yet. 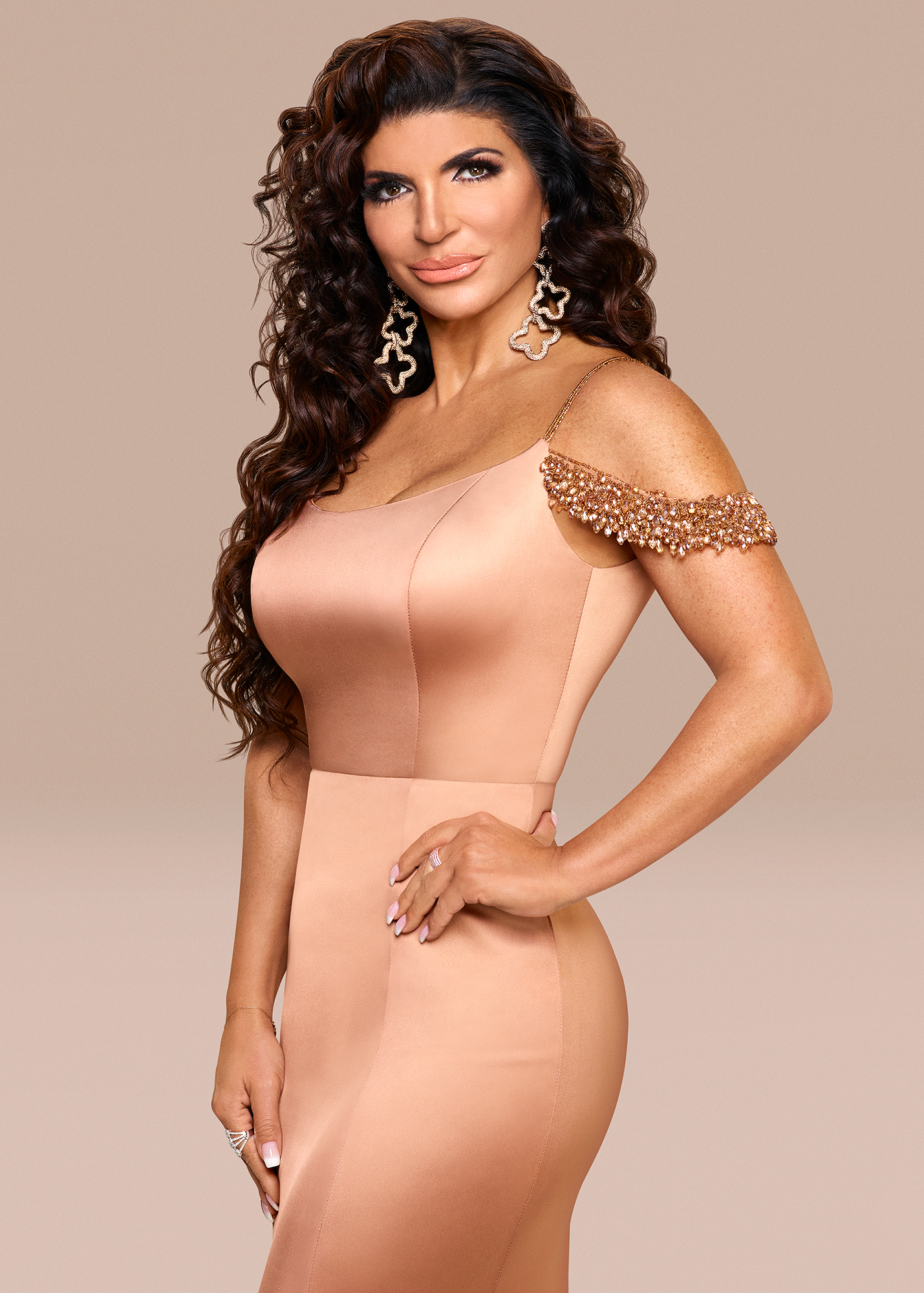 “I started the show being very happy, and then you see it, everyone coming after me, attacking me, trying to take me down. Like, all the seasons. It’s been me trying to defend myself year after year after year, from starting out with Caroline, Jacqueline — you want me to go down the line? Attack, attack, attack, and then all the legal stuff,” she explained. “If somebody’s coming after you and attacking you, you have to defend yourself. You’re not going to let them just trample all over you. When you’re on the top, everybody wants to try to take you down, and listen, nobody’s going to do that. Like my book says, Standing Strong — I’m always going to stand strong. Like, for instance, I’m on the top now. I’m over it all. Like, I’m done.”

The Standing Strong author teased that she “had some words with Ramona” while shooting the show, despite noticing similarities between herself and Singer, 64. “She does mix up her words like I do, and sometimes she says the craziest things. Like, [stuff] will come to her mind right away, and that’s what I do too, so I feel like we do have that in common, but it’s not going to be too much,” she told Us.

As for who she bonded with, Giudice noted that she considers Moore, 50, “a friend for [a] lifetime,” adding that she will always “have her back for life, forever and ever and ever.”

Biggest ‘Real Housewives’ Feuds Ever — Where They Stand Now

The two actually already had a connection before filming. “We did work together once, and she did say that when we worked together, we did bond. She did tell me. She’s like, ‘I felt connected from you ever since the first time I met you,’ and we talked. We got really close,” she revealed. “She lives in Atlanta, I live in [New Jersey]. It’s hard, but it was nice. It was great seeing her. It’s amazing how you can connect with someone, and then you see how it plays out on the show.”

Giudice predicted that fans will “see me in a different light” during the season 11 reunion of Real Housewives of New Jersey too. “I think it started toward the end of this season,” she shared. “You have to understand who I am. I’m not a troublemaker. If I have something to tell you, I’ll tell you right to your face and that’s it. It’s up to you how you handle it. I just say it the way it is, but some people can take it, some people can’t.”

She continued: “Maybe I’m going to start learning to not be so vocal and maybe take a step back. Just sometimes … like, I come from a good place, but some people don’t understand it. I guess you have to get to know me to see that I’m coming from a good place. Like, in life, we all get wiser and we’re all learning. We’re learning every day.”

Part 1 of the Real Housewives of New Jersey season 11 reunion airs on Bravo Wednesday, May 19, at 9 p.m. ET.