After last year’s delay, Euro 2020 is finally set to kick off this week. The tournament marks an important turning point, with fans set to be allowed into every game, as well as breaking from the competition’s traditional format. Whereas previous European Championships have taken place in one (or, occasionally, two) countries, this year’s tournament will span the entire continent with games being played in stadiums from Seville to St. Petersburg and Budapest to Baku.

We might not be able to predict if Portugal will hold onto their crown, if early favorites France can add to their World Cup win from 2018, or if this year is finally England’s time, but what we can tell you is which of the 24 teams will be playing in the best kits. The early favorites for this year’s tournament will also be stepping out in one of the best kits. The stand-out feature of the Nike-designed jersey is a red band running across the chest as a symbol of fraternity. The red band has been seen before, and was worn by the 1998 World Cup winners who united the country behind their triumph. As well as the red band, the jersey also recalls another French classic, with blue stripes in tribute to classic marinière designs. 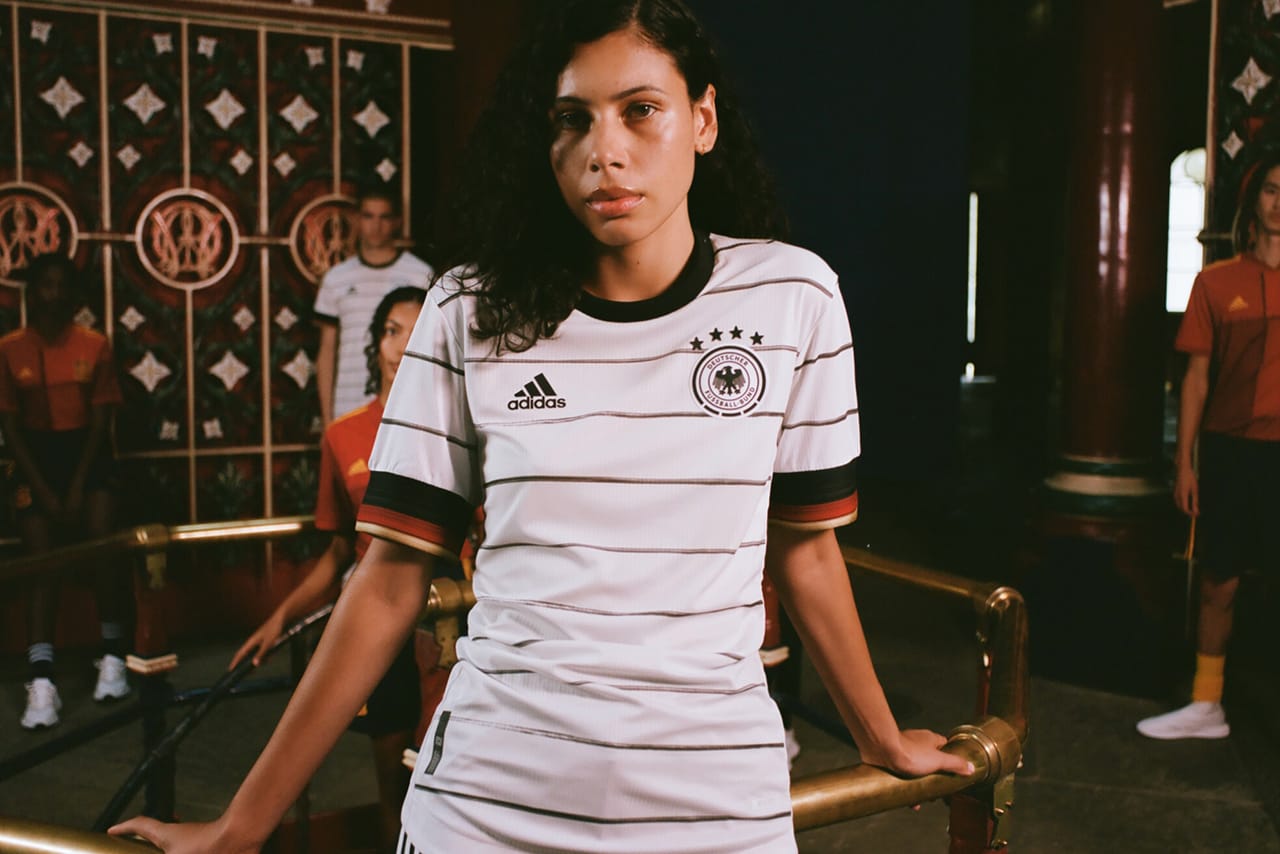 Germany’s home kit features the stripes that the team have worn since the 1980s, but this design has been subtly updated for a new generation. The stripes now feature as hand-painted pinstripes, inspired by paint brush brush strokes. The classic white and black design is then finished with the colors of the German flag on the sleeves, although the flag has been subtly adjusted to reflect the diverse backgrounds of Germany’s players and fans. 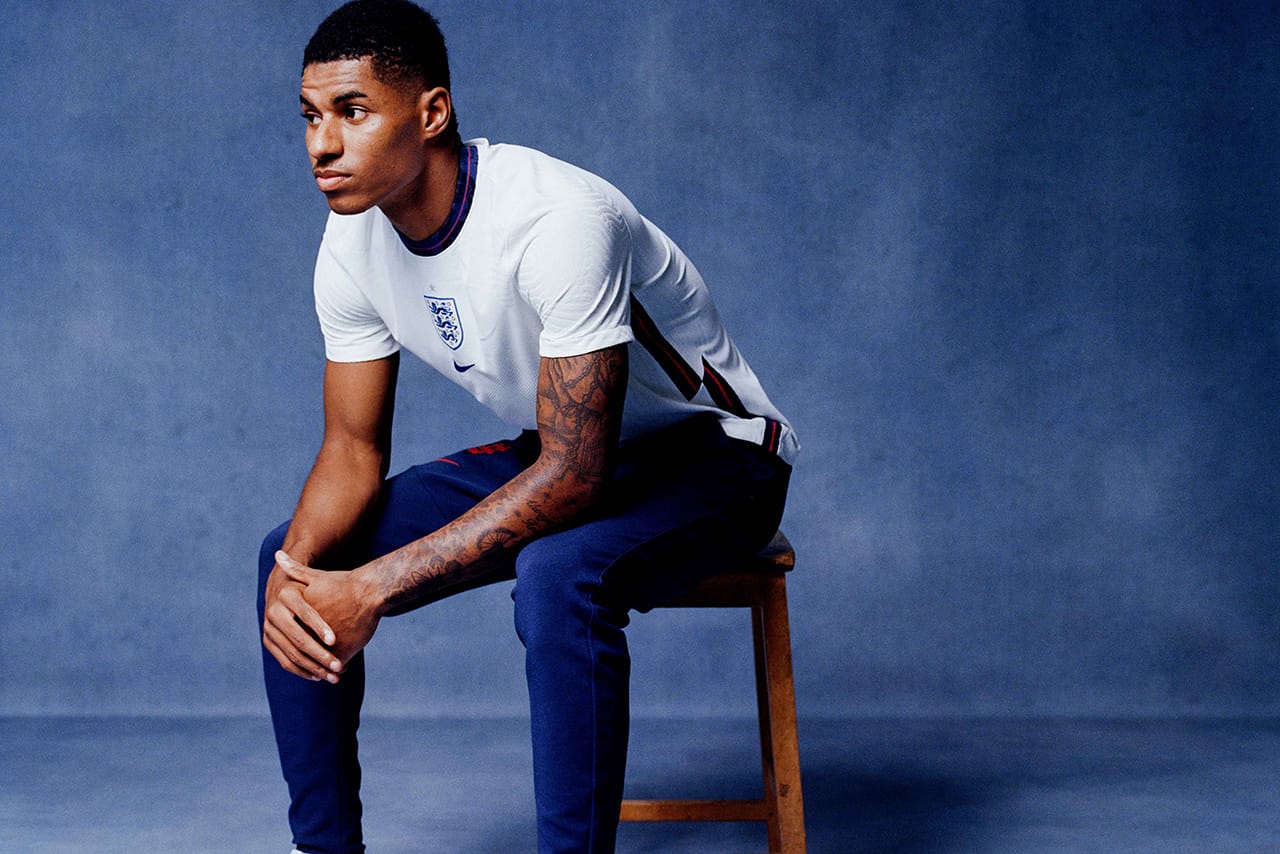 With the semi finals and final taking place in London, this tournament is an especially important one for England. The team — who many believe could go the distance at a major tournament for the first time since 1966 — will step out in a clean and classic Nike kit. With a white base, the jersey is finished with a navy blue trim around the crew neck and side stripes. These areas are also embossed with a “Community of Lions” graphic. 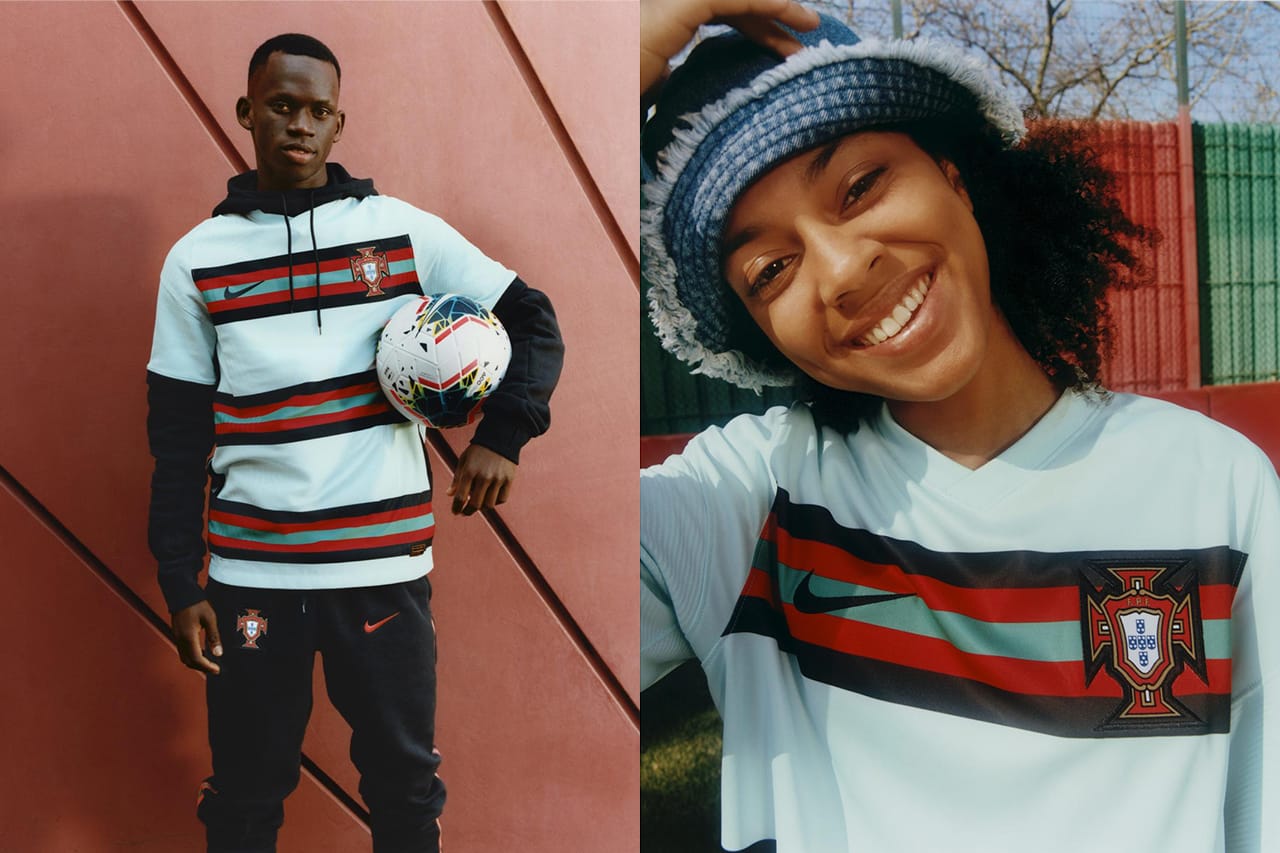 For the reigning European champions, it’s only fitting that the kit is heavily inspired by the one they wore in 2016’s tournament. The away kit is dressed in teal as a nod to that design, while the black, red and green stripes recall Portugal’s 2018 training kit. The design — which was described by Cristiano Ronaldo as “really beautiful, really cool” — is then finished with black detailing around the collar and sleeves. 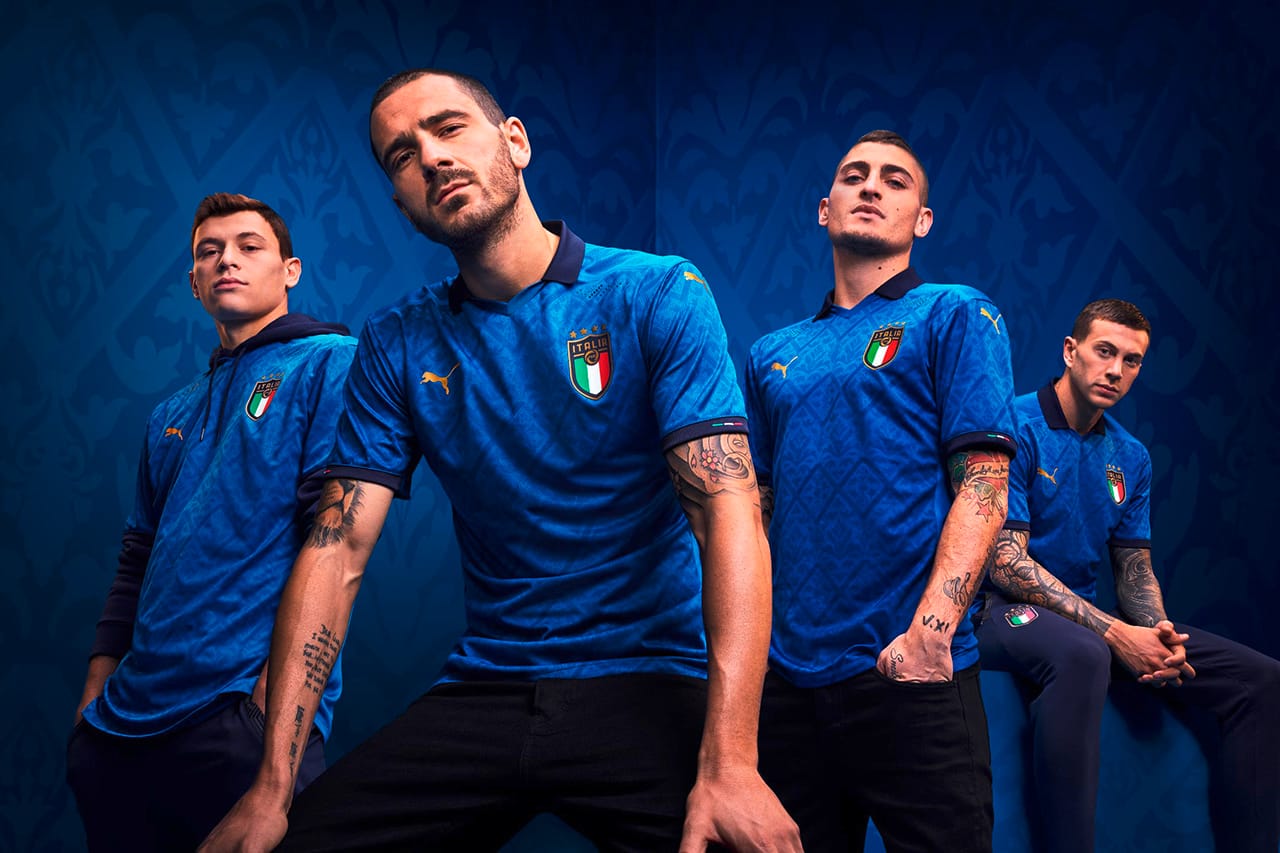 Designing Italy’s kit for the tournament, PUMA took inspiration from the renaissance. This theme is referenced through an all-over geometric pattern influenced by the art and architecture of the time, and how it impacted the wider world. The renaissance inspiration was also chosen to signify the rebirth of the Italian team, with a new generation of players who led the team to one of its most successful qualifying campaigns ever. 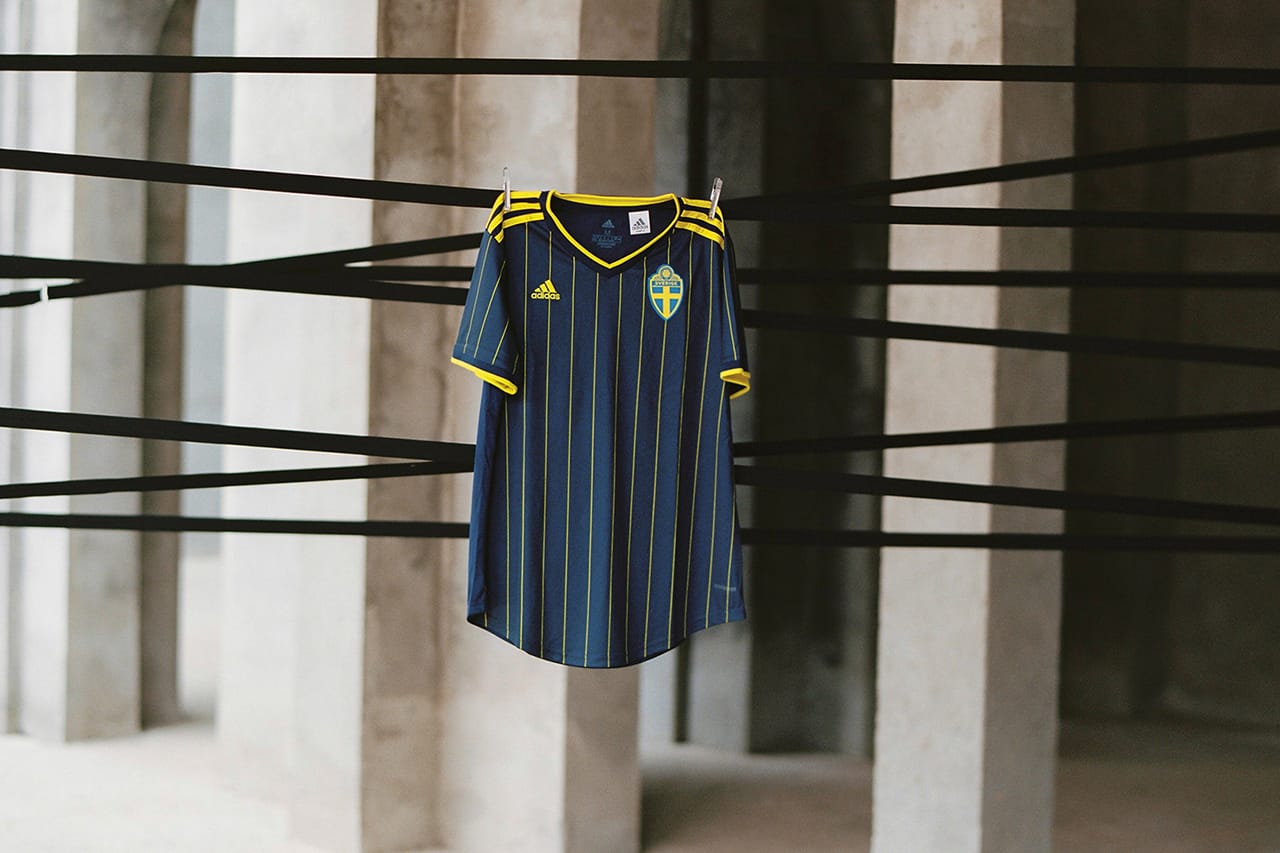 For both Sweden’s home and away kits, adidas has looked to mix class with modernity. The stand-out of the two is the away jersey, which features a dark blue base that is then offset by Sweden’s signature yellow colors. This color combination features across the entire journey, particularly in an eye-catching pinstripe design. 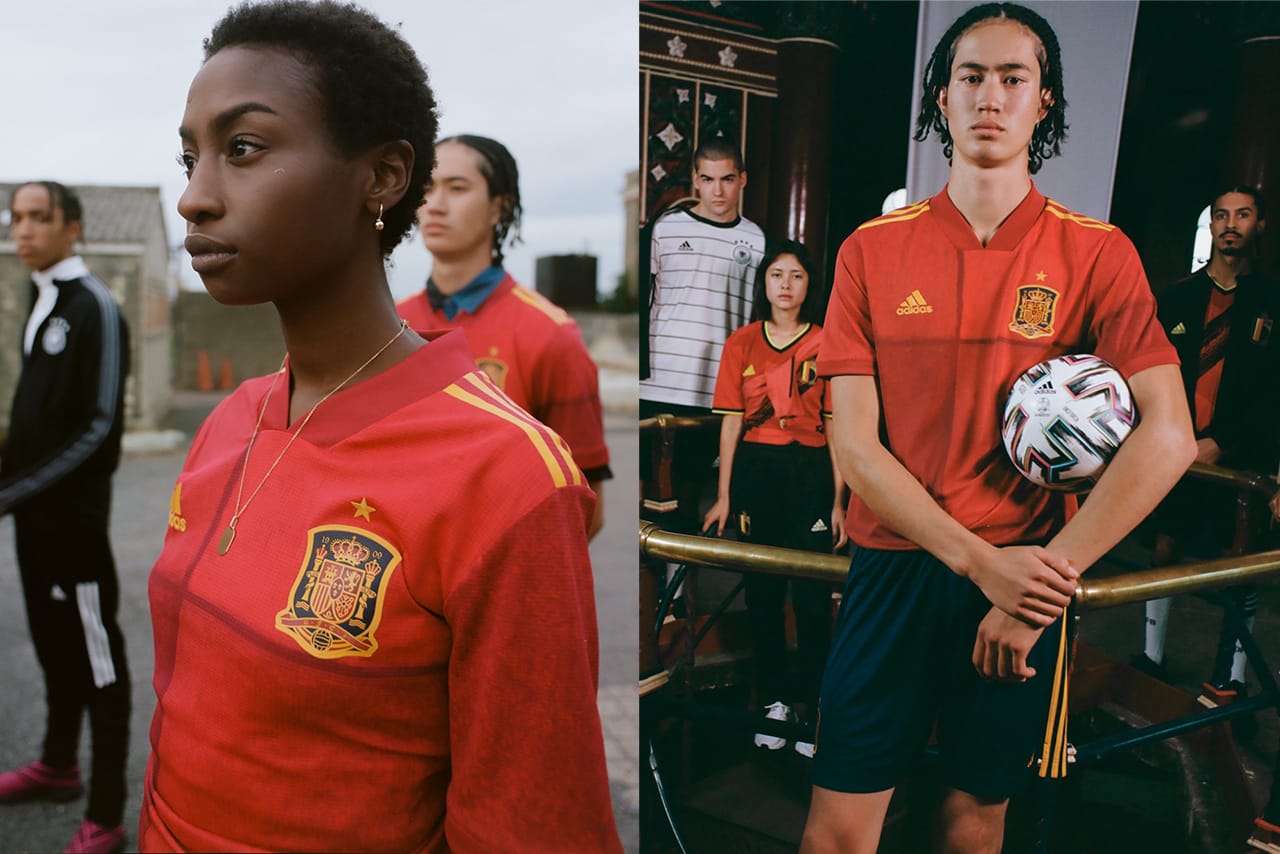 All of adidas’ home kits for this tournament feature an artistic influence, and the Spain jersey takes this inspiration to create an abstract design. Based around the national flag, the jersey features deep hues of red and burgundy and was created by breaking the flag into single pixels and reconstructing it. As well as the artistic design, the jersey subtly pays tribute to the 100th anniversary of Spain’s first federation shirt and the first time they used a lion as their crest.

The postponed Euro 2020 is hugely important for Finland, as it marks the first time that the country has ever qualified for a major tournament. Marking the occasion, the Finnish team will proudly sport their white and blue flag on their jersey. A white base is adorned with a huge blue cross, which fades from “Royal Blue” to a darker shade. Finishing off the design are the words “Sisu Suomi” — which celebrates the population’s determination and tenacity, values they hope will help over the course of June and July. 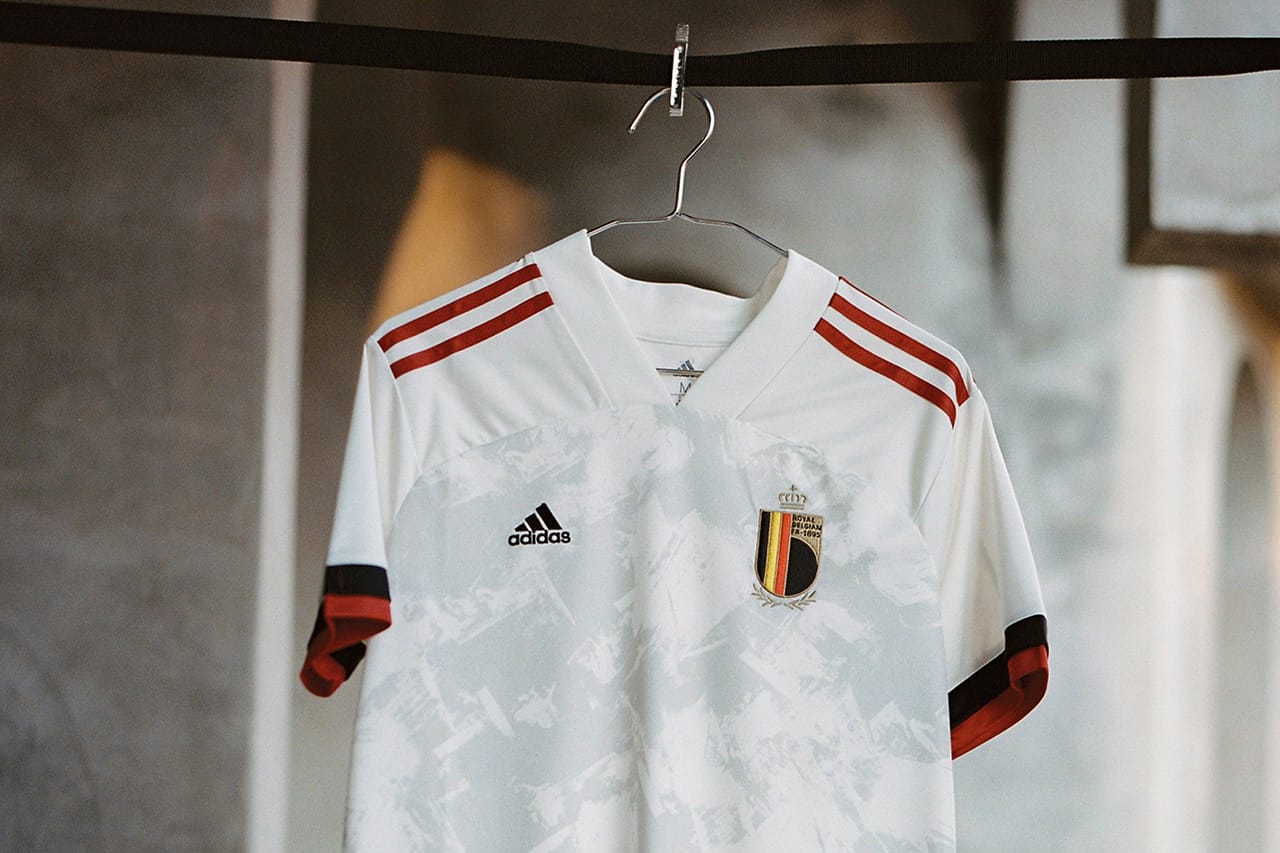 Another team seen as having a good chance of winning at the tournament, Belgium’s away shirt is one of adidas’ most eye-catching. The off-white base color is adorned with an all-over graphic, which is itself a hand-painted artwork designed especially for the jersey. This is then complimented with hits of red and black, while a “B” detailing appears on the back of the neck. 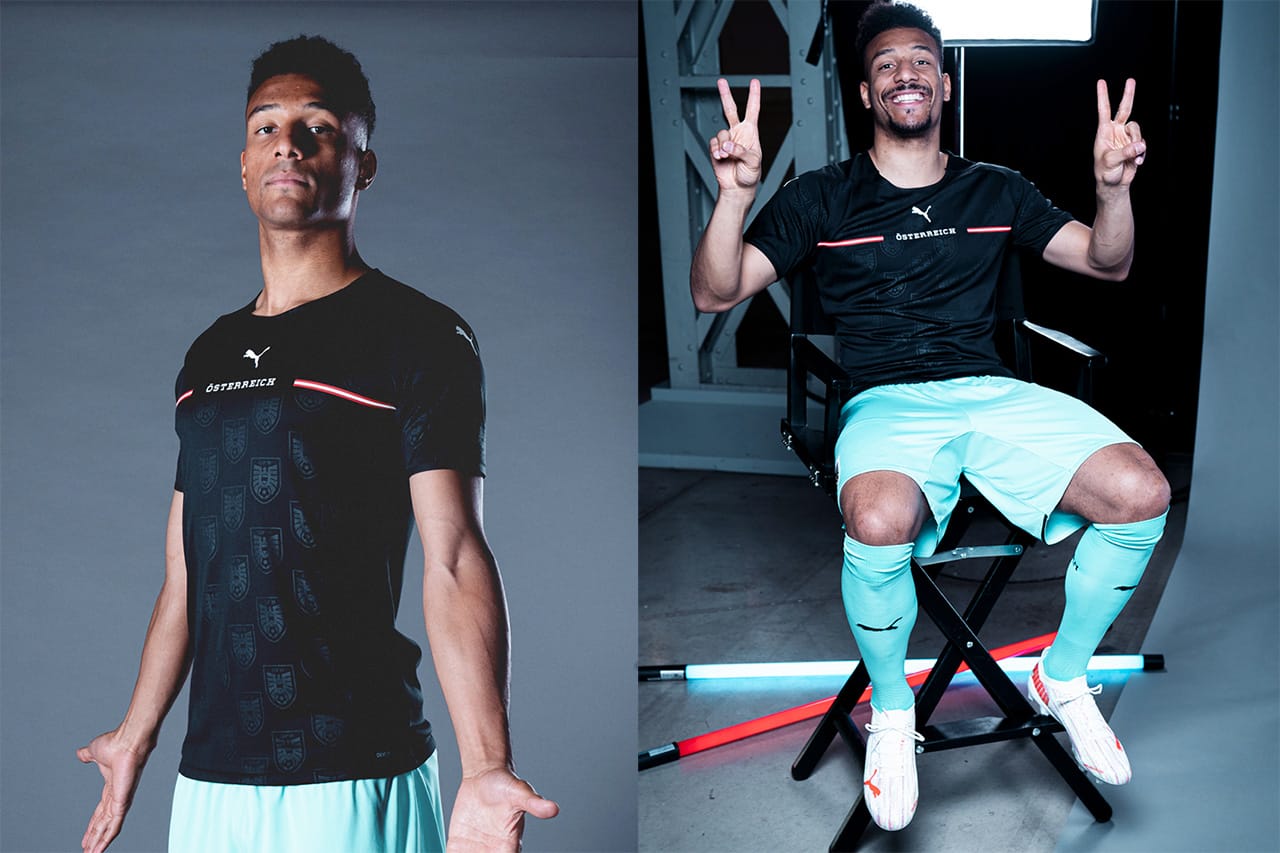 While most of the PUMA-designed away kits for this year’s tournament placed the country’s name front and center, the Austria kit is also a celebration of the team’s crest. The black jersey sports a repeated pattern of the emblem, while a thin red-and-white stripe and the word “Österreich” also feature. This eye-catching jersey is then partnered with light blue socks and shorts, to give the kit a different feel to the classic white and red of Austria’s home kit.
Source: Read Full Article