At his first in-person performance before a New York audience in over a year, the mandolinist Chris Thile spent a lot of time with his instrument on his lap, listening.

Half-encircled by a sizable but well-spaced-out crowd at the East River Park Amphitheater last month, Thile welcomed an assortment of New York-based artists to the stage. Some, like the members of the pop-soul band Lake Street Dive, were familiar collaborators; others, like the poet Carl Hancock Rux, he’d just met that day.

He introduced them all with the kindly salesman flair of a consummate radio host — which in fact he was, until the pandemic put the kibosh on his syndicated variety show, “Live From Here,” the successor to “Prairie Home Companion,” which Thile had taken over from Garrison Keillor in 2016. Then, sitting by the side of the stage for much of the show, he took part as a listener as much as a performer.

At 40, Thile has been the leading mandolin virtuoso of his generation since before its members could legally drink. After becoming a prodigy on the Southern California trad-music scene in the early 1990s, Thile has stayed endlessly busy. He’s found his way across most of the stylistic divides that might present themselves to a mandolin player from the bluegrass tradition.

But during the pandemic, Thile took a rare cue to stop, slow down and dial back. Sitting outside a coffee shop blocks from his home in the Carroll Gardens neighborhood of Brooklyn on a recent afternoon, he said that throughout the past year — one of activism, upheaval and isolation — he had found himself longing for the chance to listen, just as much as to perform.

Thile’s quietly powerful new album, “Laysongs,” out June 4, ends with a Hazel Dickens ballad, “Won’t You Come and Sing for Me,” for a reason. “I like that she’s saying ‘for,’ instead of ‘with,’” he said. “She’s implying that she wants to listen to those people,” he added — whoever they may be.

As the host of “Live From Here,” he welcomed a smattering of guests each week, mostly musicians and other performers, and relished his role as a kind of participant-observer. “It was my job to be turned back into a listener, and then show people: ‘Hey, I heard this thing that I think you might like,’” he said. “I had to constantly be on the hunt for new sounds.”

The show was abruptly canceled last year, amid pandemic-related financial constraints at American Public Media, but Thile hopes to carry that work with him going forward: “I would love to think that — fool us once — we’re not going to take being able to listen to one another for granted ever again.” 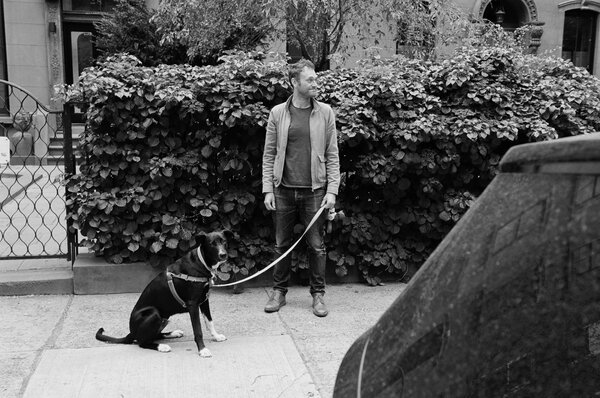 THILE WAS RAISED in an evangelical Christian household in Southern California, and grew up playing in the bluegrass-and-beyond band Nickel Creek; its songbook catalogs, among other things, the evolution of Thile’s relationship to God, and his bandmates’ too. Nickel Creek’s self-titled third album, released when Thile was just a teenager, went platinum, and put the trio near the commercial center of a rising alt-folk movement. A few years later, he started the Punch Brothers, with the goal of infusing bluegrass’ country craftsmanship with classical and jazz techniques. In 2012, he won a MacArthur “genius” grant mostly on the power of his musical strides alone.

In more recent years, when not focused on the radio show or playing with one of the two bands, Thile collaborated regularly with the banjoist Béla Fleck, the cellist Yo-Yo Ma and other laureates of what you might call contemporary American concert music. His big outlet for that these days is the Sony Masterworks-signed all-star group Goat Rodeo, which also includes Ma.

He hadn’t seen — let alone played with — any of them for months when he and an engineer, Jody Elff, headed into a decommissioned church in upstate New York last summer to record “Laysongs.” It’s Thile’s first fully solo album, just his voice — still boyish after all these years — and his mandolin. Co-produced with his wife, the actress Claire Coffee, it’s his most directly personal work yet, and also his most potent reckoning with spirituality and Christianity.

Specifically, Thile said, he was troubled by the question of what it means to build community in a world where our politics have grown so plainly defined by exclusion and parochialism. “I would say it’s centered around communion, and a yearning for it, and a mistrust of it,” he said, pausing his chipper cadence to search for the exact right words.

“When we come together with people that we love, or with our fellow like-minded human beings, we also then immediately start demonizing non-like-minded human beings,” he said. The album is an attempt “to push back against that element of exclusion that comes with building community,” whether in church or in politics, and against how “we then isolate ourselves with those people that we love.”

At its center sits a three-part suite, “Salt (in the Wounds) of the Earth,” which he wrote after revisiting the Christian writer and theologian C.S. Lewis’s “Screwtape Letters,” a satire that imagines a conversation between a demon and his nephew. Thile’s suite begins with a single mandolin string, repeatedly plucked, then gives way to two, then three. Finally it blossoms out into a rustling chord, which Thile attacks in frustrated swipes. Then he starts to vocalize: “Ha, ha, ha.”

In the suite’s windy, self-scolding lyrics, Thile sends up the folly of certainty — wagging his own fear of death in his face, daring himself to wonder how deeply it has influenced his beliefs. Throughout the disc, you can hear his big questions hanging in the stillness of the old church’s once-sacred air.

Thile said that with both his instrumental playing and his lyrics, he wants to communicate, but not push a worldview. “I want the gestures to be clear,” he said. “I want to give people clear, defined building blocks. And now you get to put them together.”

“Here are some things that I’m thinking about,” he said. “What do you think about it?”

NICKEL CREEK BEGAN in 1989, as the Nickel Creek Band, when Thile was 8 and his friends, the fiddler Sara Watkins and her brother, the guitarist Sean, were about the same age. (Thile’s father, Scott, played bass and was an official member in its early years.) All three children were wunderkinds, but Thile stood out for his chutzpah and ostentatious talent.

He was already winning bluegrass competitions, playing the instrument with a remarkable precision and speed usually matched only by banjo pluckers and bluegrass guitarists. Playing the instrument of the genre’s inventor, Bill Monroe, he took it well past the role that Monroe and acolytes like Marty Stuart had established.

The group’s first album, “Little Cowpoke,” released in 1993 when Thile was 12, barrels through old country-western repertoire and bluegrass picking; a few tracks have been bootlegged onto YouTube, but it’s now a collector’s item. So is the follow-up, “Here to There,” released in 1997, which softened up on the traditionalism and leaned toward gentler songs about Christian faith and devotion.

Like Thile, the Watkins siblings had grown up in a fundamentalist household, and in their telling, the security of their faith was part of their bond. But as they traveled the world, they encountered a wider range of humanity, and their thinking adjusted. Thile said he felt the effects in his music immediately.

The group’s music began to reflect new lines of questioning, particularly the songs written by Thile. On “Doubting Thomas,” from Nickel Creek’s 2004 album, “Why Should the Fire Die?,” he reckons with religion through mortality. “What will be left when I’ve drawn my last breath/Besides the folks I’ve met and the folks who know me?” he sings. “Will I discover a soul-saving love/Or just the dirt above and below me?”

In the mid-2000s, after more than a decade of often-constant touring, Nickel Creek went on a long hiatus. All three of the band’s members fanned out to work on independent projects and engage new collaborators, but Thile’s pace stood out, Sara Watkins said in an interview. She marveled at his “stamina for musical development, his stamina for the pursuit of what he’s going after.”

“He has an insatiable appetite creatively,” she said.

Thile buried himself in the Punch Brothers, a group that he’d pulled together with the goal of executing a complex, four-movement suite, “The Blind Leaving the Blind,” that he wrote in a daze as he processed the dissolution of his first marriage. It wound up setting a new standard in progressive bluegrass.

The five-piece band — a wrecking crew of young talent in traditional formation: mandolin, banjo, fiddle, guitar and bass — could nimbly handle Thile’s jump cuts between sections and his layering of harmonic modes. “It was like all of a sudden getting the keys to a Lamborghini, or a spaceship,” the banjoist Noam Pikelny said in a phone interview. “You want to take the turns as fast as possible. You want to do what you could never do before, now that you have the brain power and the instrumental prowess.”

If Nickel Creek’s sometimes-fatal flaw was its completely unconstrained willingness to give you what felt good, the Punch Brothers’ was its disregard for that, in favor of whatever had the most ideas packed into it.

But as that band has grown more comfortable, its arrangements have grown airier, less abstruse, and Thile has learned to admit more of his bandmates’ contributions. Pikelny said that receptivity to others’ ideas had become one of Thile’s big strengths. “Even if the initial seed wasn’t something that he thought of, seemingly in just a moment, he internalizes this thing and a whole puzzle appears in his mind of how he could put this together,” Pikelny said.

Both the Punch Brothers and Nickel Creek remain active, and in recent months Thile took separate retreats with each to work on projects that should soon lead to new LPs. The Punch Brothers rehearsed and ultimately recorded an album of material by the guitar luminary Tony Rice, who died just weeks later.

With Nickel Creek, which has not released an album in seven years, the band members brought their families with them for a full retreat in Santa Barbara, Calif., and took their time. They got as far as writing a handful of songs, a process they have always closely shared, and will find time to record them sometime soon, as life allows.

“Every time we go away from a Nickel Creek tour, we live lives, dig into our other projects that challenge us in different ways, and then when we come back these are things we can add,” Watkins said. “These songs can kind of be born out of that reconnection.”