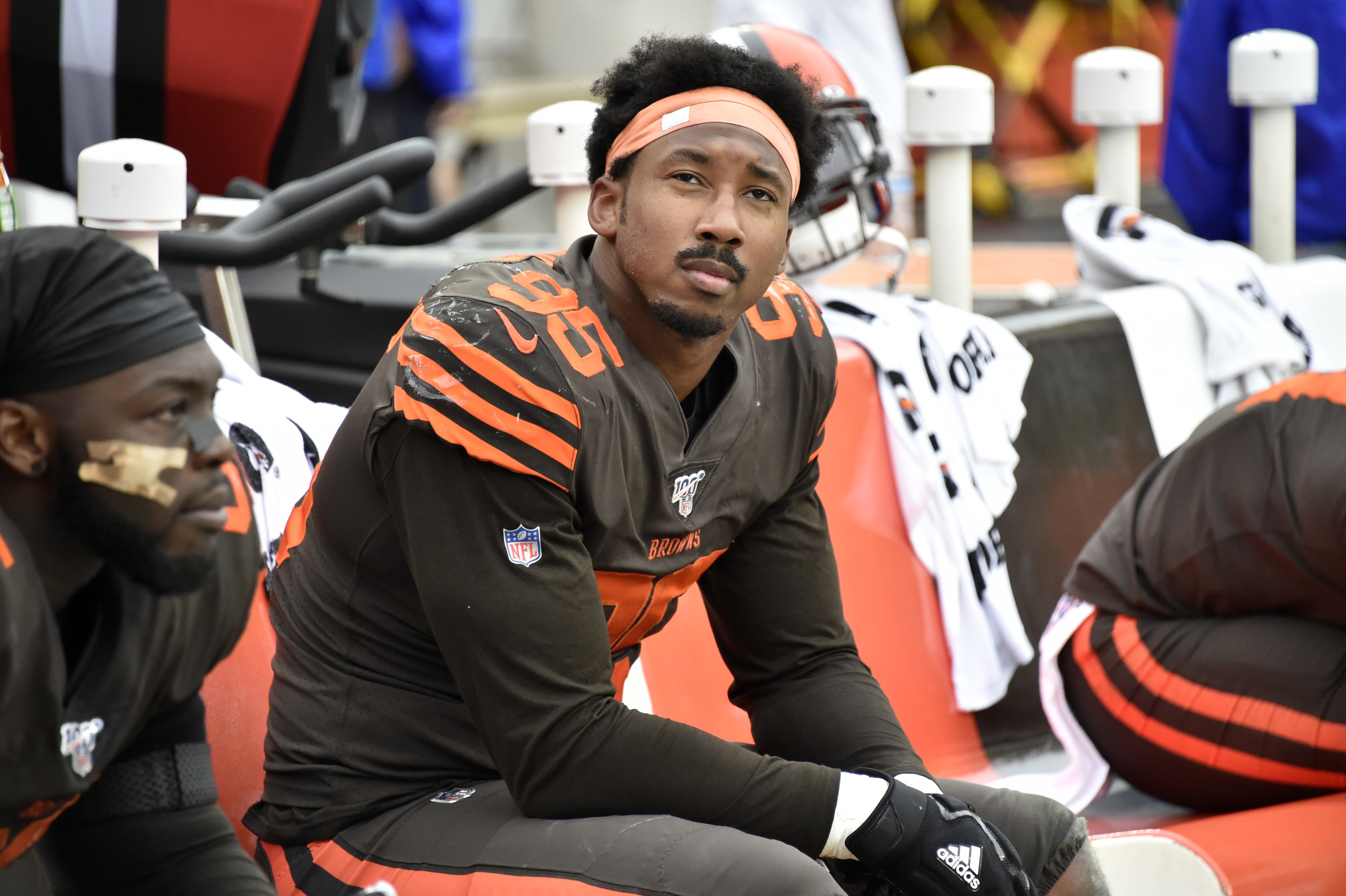 The NFL has suspended Cleveland Browns defensive end Myles Garrett “without pay indefinitely” for removing Pittsburgh Steelers quarterback Mason Rudolph’s helmet and hitting him over the head with it.

The suspension will last, at the very least, for the rest of this season and postseason.

A fight broke out at the end of Thursday night’s Steelers–Browns game. The Browns won the game 21–7.

In a video of the incident, Garrett and Rudolph can be seen scuffling before members of both teams join them. Garrett is seen taking off Rudolph’s helmet and, seconds later, hitting him over the head with it before getting tackled to the ground by Rudolph’s teammates. 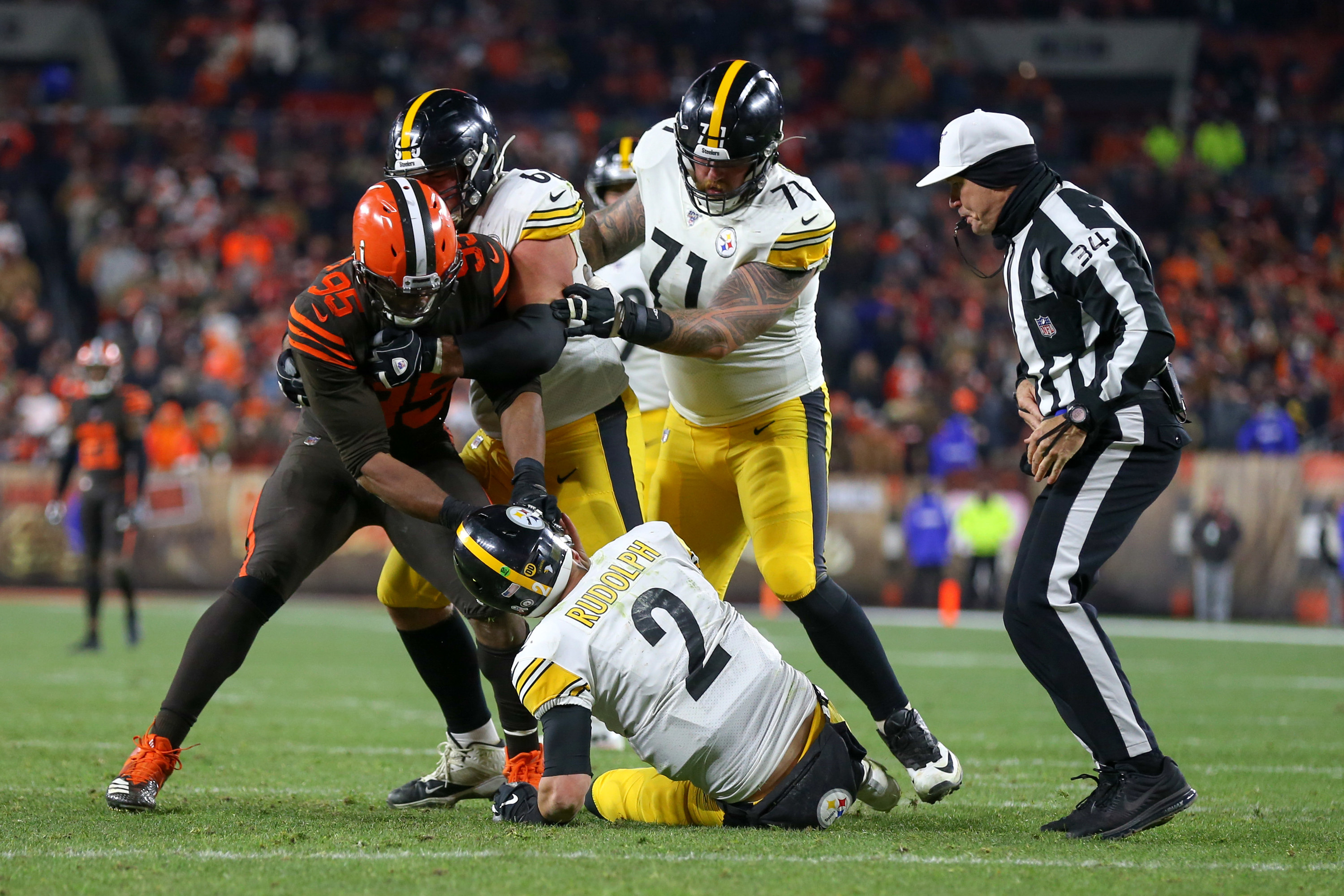 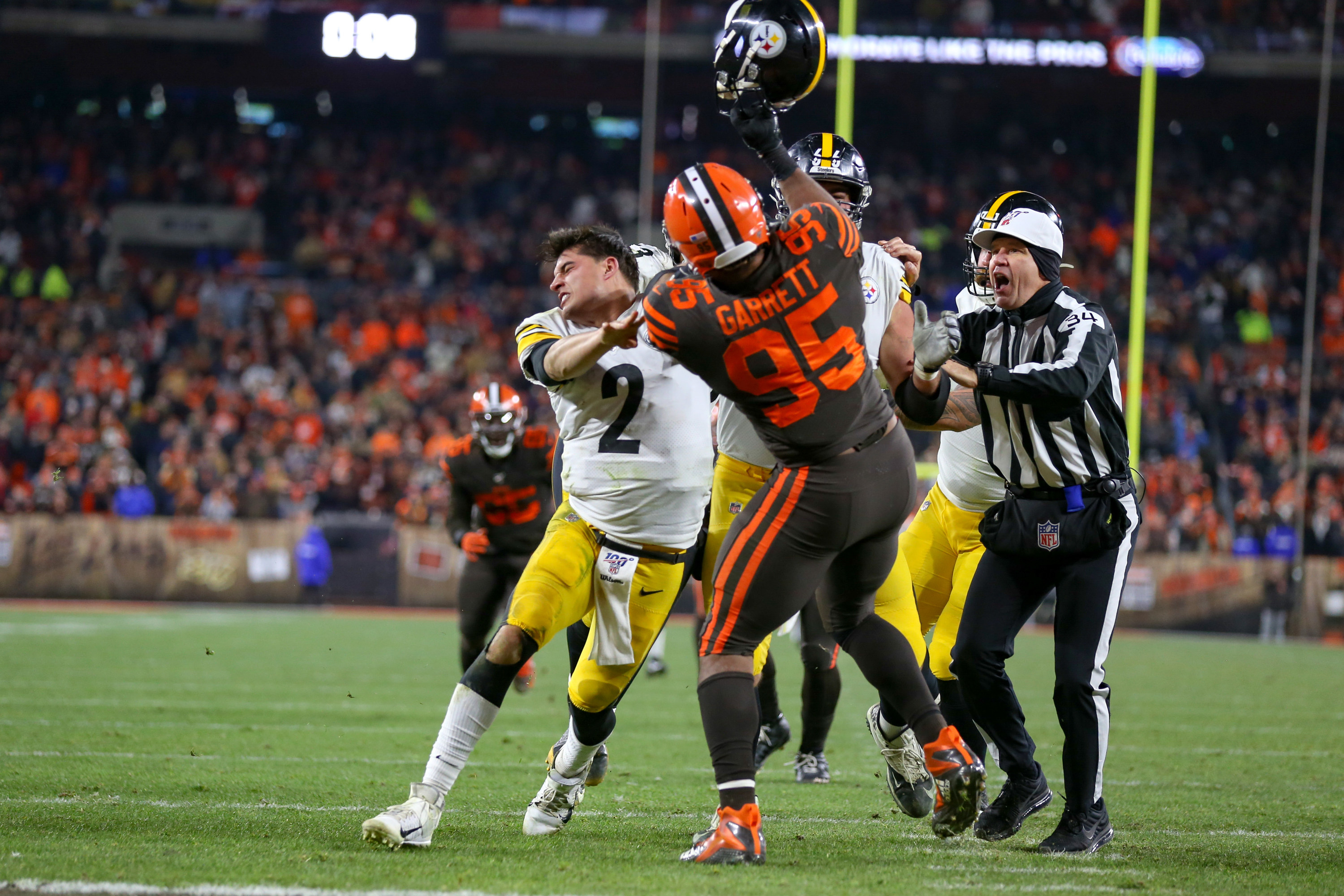 The NFL released a statement on Friday announcing Garrett’s suspension.

“Garrett violated unnecessary roughness and unsportsmanlike conduct rules, as well as fighting, removing the helmet of an opponent and using the helmet as a weapon,” the statement read.

The Steelers and the Browns were fined $250,000 each over the incident. The Browns’ Larry Ogunjobi and the Steelers’ Maurkice Pouncey were also fined and suspended.

The Browns released a statement expressing disappointment and “sincerely apologizing” to Rudolph. In a postgame interview, Garrett said, “I made a mistake. I lost my cool and I regret it.”

In his own postgame interview, Rudolph said he felt fine but that the attack was “cowardly” and “bush league.”

The fight has been met with outrage online with people criticizing Garrett’s actions.

Others noticed that Rudolph was left out of the league’s statement penalizing players involved in the fight.