Some of YouTube’s top creators are making millions a year off their online brands, like 7-year-old Ryan ToysReview,who makes $22 million a year.

These influencers have built diverse income streams, from monetizing their channels with Google ads to doing branded campaigns on Instagram.

Business Insider interviewed Adam Wescott, who manages some top YouTube influencers, to get a sense of how these stars are making their money in 2019 and how the business landscape is changing.

Products are on the rise

While the core of most top creators’ revenues still derives from Google AdSense and brand integrations, self-produced consumer products have become an important income opportunity. What once dominated the space, like brand affiliate links and codes, have become more of an afterthought, Wescott said.

Wescott, a partner at Select Management Group, manages creators like Eva Gutowski (mylifeaseva),with 10 million YouTube subscribers and Lauren Riihimaki (LaurDIY),with 9 million subscribers. They each own and operate their own companies, and sell direct-to-consumer products.

Riihimaki has LaurDIY crafting kits sold at Target and a bedding line with Jay Franco, sold on Amazon. The 19-year-old McKnight twins Brooklyn and Bailey,with 6.2 million YouTube subscribers, are known by fans for their eyes, according to Wescott, and sell their own formulated mascara and branded accessories on their website,brooklynandbaileyshop.com, through the ecommerce platform, Shopify. The products are also available on Amazon and in stores at Forever21’s Riley Rose.

They then work with third-party companies to manufacture the products. For instance, Lash Next Door is manufactured in Italy and distributed out of the McKnights’ office and warehouse. The product development took 18 months and they worked directly with chemists on the formula, Wescott said.

How do top influencers decide which products to sell?

These creators have found success in producing their own products by taking an existing product, that both serves a market need and matches their brand, and rebranding it to match their platform, Wescott said.

“If you take something that their audience already recognizes them for, and then you add an original innovative product and formula that services a need, people would be buying the product anyways,” Wescott said.

While selling direct-to-consumer products online can allow a creator to take a higher split, there are risks. When disaster strikes, well-established brands have the experience to successfully address issues, while independent and less-experienced YouTube influencers could risk losing their credibility.

YouTube beauty influencer Jaclyn Hillrecently faced backlash online after releasing lipsticks through her makeup line, Jaclyn Cosmetics. Fans of the social media star said they received broken lipsticks, and that some of herproducts caused swelling and bumps on their lips. Hill addressed the issues on her YouTube channel, describing the launch as a “complete failure.”

Hill is not managed by Select.

“Because a lot of our talent comes from fashion and beauty, there’s this expectation and loyalty from the audience because they are known for product reviews and tutorials,” Wescott said. “If you are putting out a product that doesn’t meet your own standards, you are losing your own overall credibility.”

The most lucrative platform for top creators is YouTube, according to Wescott. The YouTube Partner Program allows creators with at least 1,000 subscribers and 4,000 watch hours in the past year tomonetize their channels through ads, subscriptions, and channel memberships.

Google has gradually allowed some creators in the Partner Program to add aone-click merchandise shelf below their videos. This feature showcases a creator’s official branded merchandise from their online store. Select pays as much attention to shelf sales as they do for dot-com sales.

The merch shelf is gradually rolling out to creators and doesn’t show on all video pages, according to aGoogle Support post. 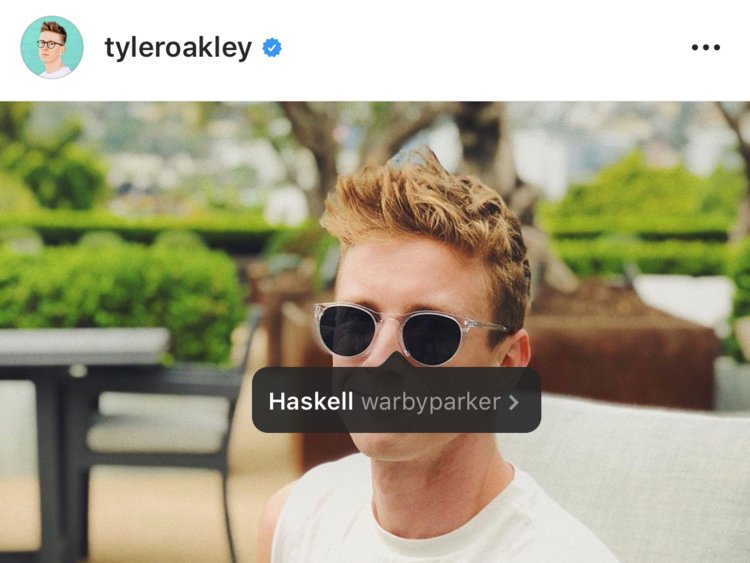 Instagram is second to YouTube in lucrative social-media platforms for influencers. The company is testingin-app checkout, making it easier for users to shop off a post directly.

“The fact that the platforms are already thinking about commerce and sales is a huge value add for us,” Wescott said. This allows creators to continue builing their brands directly on the sites.

Snapchat, TikTok, and Facebook aren’t as valued when it comes to overall income for top YouTube influencers – unless the platform fits the content they are already producing, Wescott said.

Publishing a book, going on tour, and selling merchandise shouldn’t be counted out if done right, Wescott said.

Select’s clients are encouraged to think about how they can extend their brand and increase their business overall. One of the ways Riihimaki has extended LaurDIY on social media is by creating an Instagram page for her dog Moose (@moosetheminibully), which now has 800,000 followers. Through the success of the page, she has created a pet merchandise line, sold at Petco, which is promoted on the account.