Tiger Woods is one of the greatest athletes the game of golf has ever seen, but he’s getting real about what his body feels like at the age of 45. In his new Golf Digest series, A Round With Tiger: Celebrity Playing Lessons, he lays out his vulnerabilities to Jada Pinkett Smith — and it’s surprising to hear about his insecurities as an elite player. 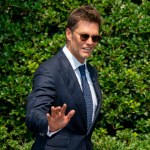 The interview, which was taped the day before his major car crash in Los Angeles in February, psychologically dives deep into the 10 surgeries he’s had to repair his aging body, going back to his first surgery for benign tumors in his left knee in 1994 — being an athlete is not for the faint of heart. Even though Pinkett Smith refers to his career as “inspiring,” Woods sees his setbacks much differently. “I just don’t look at it like that,” he admits in the interview. “I don’t know how to. I just look at the fight.”

It’s hard to believe only 24 hours later after speaking with Pinkett Smith, he would be in the fight for his life after a rollover accident left him with open fractures in his right tibia and fibula bones, an injured ankle and foot and trauma to his muscles and soft tissues of his leg. It only makes his thoughts on his resiliency throughout his career that more admirable and poignant. “I’m always fighting, you know, and I’m always trying to get better. That’s all I know. I feel like I’m never out of the fight, you know, in that regard,” he revealed. “I’m always pushing.”

Woods is now pushing through his injures and healing as quickly as possible, but he called this recovery “an entirely different animal,” during his first post-crash interview with Golf Digest in late May. The golfer shared that despite his determination to get well, it’s been“more painful” than anything he’s ever experienced. “My physical therapy has been keeping me busy,” he explained to the sports publication. “I do my routines every day and am focused on my No. 1 goal right now: walking on my own taking it one step at a time.”

Even if Woods never returns to the sport that he loves, it won’t ever erase his legacy in golf — and the fight that he’s shown every step of the way.

Before you go, click here to see celebrities who have struggled with drug or alcohol addiction.